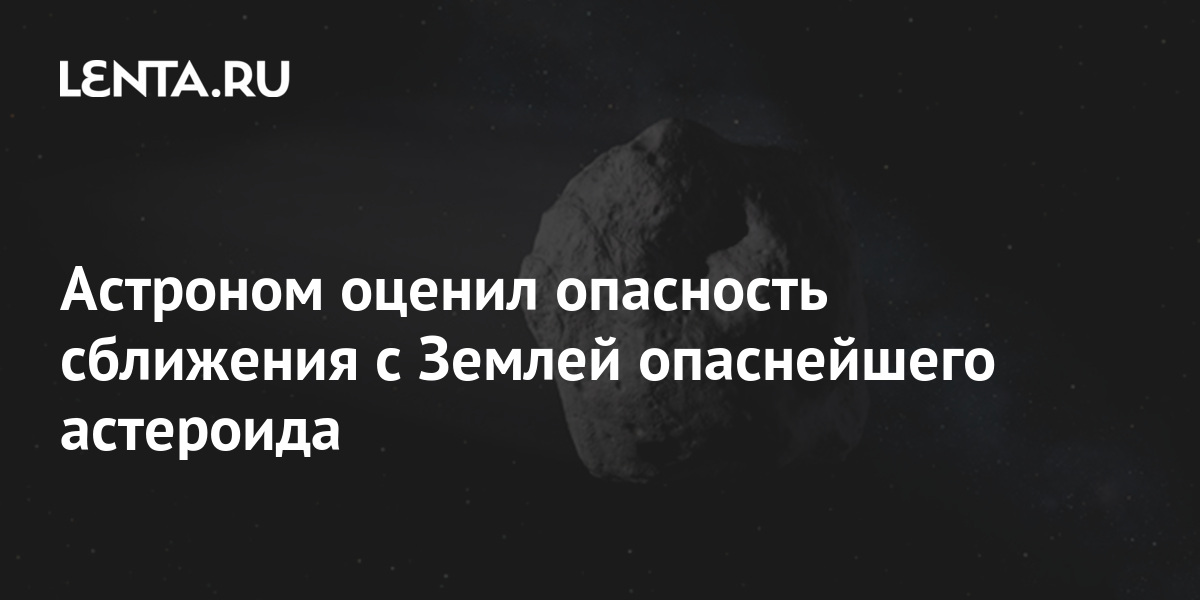 The flight trajectory of the Apophis asteroid will pass in the region of the Earth’s geostationary orbit. A collision with our planet in this century is out of the question. This assessment was given by Denis Denisenko, an employee of the Department for the Study of the Galaxy and Variable Stars of the Sternberg State Astronomical Institute, in an interview with the TV channel “Star”…

The astronomer believes that the likelihood of a dangerous approach of the asteroid with the Earth is absent. “It was opened back in 2004. Then he made a noise. Then, within six months, we clarified its probable orbit and it was proved that it would not collide with the Earth in 2029. Indeed, it will fly in the orbital region of geostationary satellites. Neither in 2029 nor in 2036 it will definitely collide with the Earth, ”the expert said.

Denisenko added that the previous published data on the probable consequences and danger of Apophis colliding with the Earth are a purely projective scenario. “When people hear the words“ potentially dangerous ”, they get intimidated by the word“ dangerous ”. Potential means that someday, perhaps, maybe someday, he will collide with the Earth, but not in this life, as they say. In the XXI century, its collision with the Earth is out of the question, ”the astronomer explained.

See also  Karl Lauterbach is not the Minister of Health, is it? Official traffic light photo turns into a search image

According to the forecast, which was calculated in the event of a collision of an asteroid with the Earth, the strength of an earthquake within a radius of ten kilometers from the place where the asteroid fell could reach 6.5 points on the Richter scale, and the wind speed would be at least 790 meters per second.

Earlier, the newspaper The Sun, citing NASA data, reported that two potentially dangerous asteroids are approaching the Earth. The first of these – 2013 YD48 – the size of Big Ben, will pass the planet on January 11th. The second – 7482 YD48 – twice the size of the American Empire State Building, it will approach Earth on January 18.

Before the expected demonstrations, the deployment of security forces and the closure of bridges in Khartoum

Kingdom Hearts on Nintendo Switch via cloud or classic port? It is not yet decided