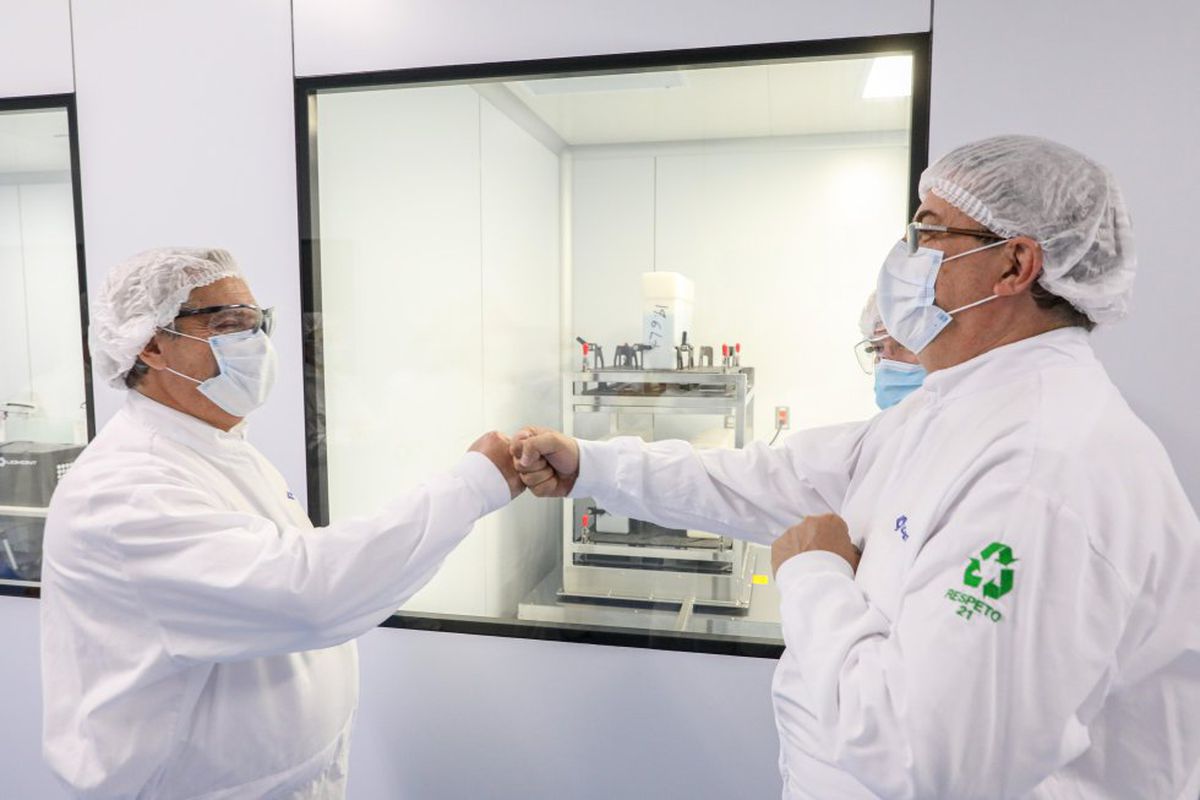 Millions of doses of the AstraZeneca vaccine against covid-19 that is manufactured in Latin America remain in storage and without a date to begin distribution. The delays have strained relations between the Mexican and Argentine partners, in what began as an ambitious agreement to distribute up to 250 million doses for the region. The businessman Hugo Sigman, owner of the mAbxience factory, in charge of the production of the active substance, has publicly distanced himself from the delays and has blamed the bottleneck on the shortage problems of the Mexican laboratory Liomont, which deals with packaging. .

“Each type of vaccine requires a series of specific equipment and supplies that, due to the high global demand, are now impossible to obtain quickly,” said Sigman on his Twitter account, “this is, in fact, the problem he faced in Mexico. the Liomont laboratory ”. The Mexican pharmaceutical company has responded to EL PAÍS that “today it has a supply of all the necessary supplies, so the formulation and packaging is underway,” although it has not specified a date for the vaccine to enter circulation.

It is not the first time that Sigman, president of Grupo Insud, has publicly pointed out his Mexican counterparts. “Liomont has excellent laboratories and has done everything that should be done, but it has run into a planetary problem that Europe also suffers: there is a lot of demand for supplies and little supply,” he commented in an interview with this newspaper published last February. The crossing of statements this week has occurred in one of the worst moments of the pandemic for Argentina, which has seen infections rise to an average of 20,000 official cases per day, with a reduced availability of vaccines.

Sigman even assured that many people have asked him why his companies do not package vaccines directly in Argentina. “As I pointed out, mAbxience is not the owner of the active principle, it only manufactures it, so that it cannot dispose of it as if it belonged to it,” wrote the businessman, in what reads like a dart to the founding of the Mexican magnate Carlos Slim, who directly negotiated the agreement with AstraZeneca and apparently established that a partner from his country should be in charge of filling the vials.

Liomont defends that the task is not easy. “The technology transfer of a vaccine is a rigorous process that can take up to three years,” says the laboratory and details that it was only last March when it finally received the license and the manufacturing permit. “In the case of the covid-19 vaccine, the technology transfer has been carried out in record time,” says Liomont, who had refrained from commenting for weeks.

Following the information provided by EL PAÍS at the end of February, the Mexican Government announced that it already had the necessary supplies and that the first batches were already under review by the regulatory body to begin distribution. “Regarding the AstraZeneca process, they have confirmed to us that they will deliver in April,” Marcelo Ebrard, the Mexican Foreign Minister, said at the end of March. “That is good news,” added Ebrard, “because this vaccine plays an important role in the strategy designed by Mexico.”

The deadline had been calculated from the fact that the packaging, as reported by the authorities, began in March and then began a period of tests and certifications to guarantee the production standards of the vaccine with an expected duration of four weeks. Now, in the extension of the times that AstraZeneca had set, the Ministry of Foreign Relations, in charge of Mexico’s negotiations with laboratories for the acquisition of vaccines, has decided not to pronounce on the delays in the packaging process.

A government source, however, points out that the perspective of the Mexican Foreign Ministry is that it is AstraZeneca that must answer for the delays. It is the same position that Slim’s communication team has. “The Carlos Slim Foundation is actually oblivious to the vaccine production process,” a spokeswoman replied. “The pharmaceutical AstraZeneca is the one who has all the control and who has the information,” he added.

AstraZeneca has opted for silence. A spokesperson has said that the Swedish-British company “is not going to give any interviews or make any comments” on the delays in Mexico and has said that it cannot give any statement about the distribution agreement for Latin America that was signed last August.

So far there are at least 18 million vaccines stored in Mexico that arrived in bulk from Argentina, according to the shipment tracking reported by the Government of Andrés Manuel López Obrador. Sigman said a couple of months ago that at the peak of production it was planned to send up to 25 million doses per month. At the moment, no dose of the “Latin American vaccine” has been applied in Latin America.

The agreement is capital for Mexico, which has contemplated more than 77 million doses of AstraZeneca of local production and that had made the agreement with Argentina one of the diplomatic axes to strengthen its presence in the region. Alberto Fernández, the Argentine president, endorsed the alliance with López Obrador when he visited the Liomont plant last February during his stay in the North American country.

The authorities, who began mass vaccination in people over 60 with the British vaccine, had to knock on the door of the White House for a loan of 2.7 million doses to arrive three weeks ago, with the priority that they be used for the second application from those who had already received it. Sigman has hinted at the US option to accelerate AstraZeneca’s distribution in the region. “Once packaged in Mexico (and now, temporarily, also in the United States), this active principle will return in the form of a vaccine exclusively to the countries of Latin America,” he said. Neither AstraZeneca nor Liomont nor the Mexican Government have confirmed this possibility.

Alba, the 7-year-old girl who saved her mother's life after a hypoglycemic attack

Kamala Harris and the success of the ‘busing’ show

The University of the Sea recovers the tone with 85 courses and 3,000 students for this summer