AstraZeneca delivered 9,000 emails that he exchanged with Government officials to the Justice 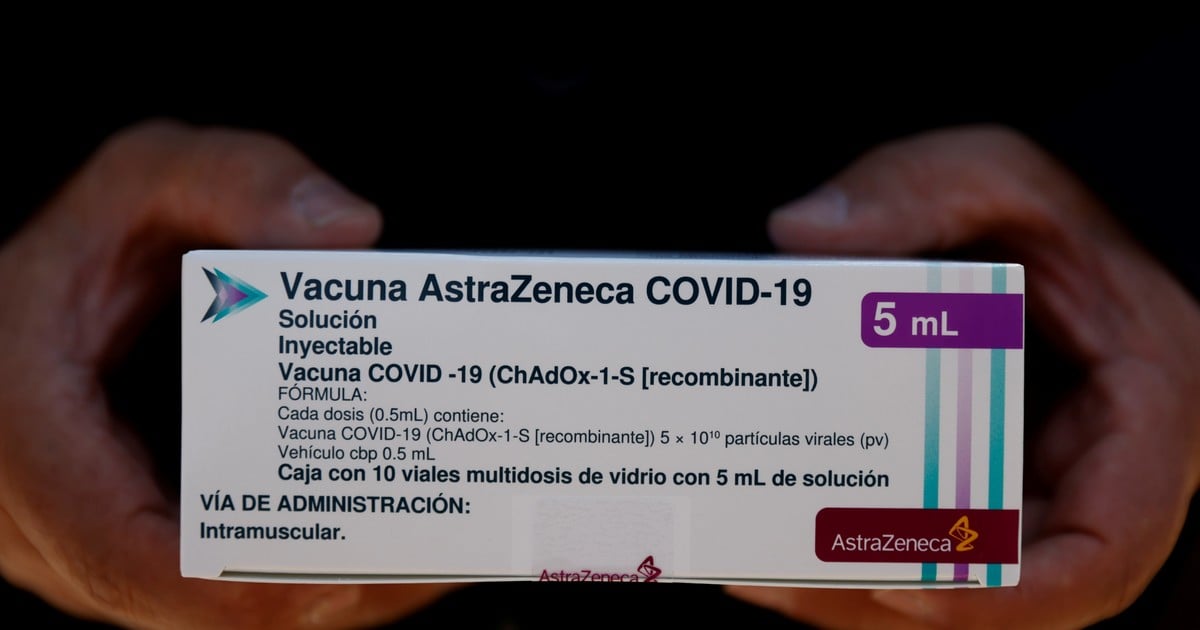 The AstraZeneca laboratory investigated by the Justice for the contract it signed with the Government of Alberto Fernández delivered 9,000 emails to the prosecutor Guillermo Marijuan this Thursday. They are part of the communications that the company established with different government officials to sign the contract that is under investigation

Justice put the focus on the contract for breaches. During the first half of this year, AstraZeneca had to deliver 22,400,000 vaccines to our country.

Arrival of vaccines to Argentina in Ezeiza.

Prosecutor Marijuan seeks to determine the reason for the delay that also caused the vaccination plan to be affected. In that sense began to analyze the communications between the State and the AstraZeneca laboratory.

This line of investigation arises, as confirmed by judicial sources to Clarion, of a exchange of e-mails between public officials and people belonging to the laboratory, whom the prosecution identified, linked to the negotiation carried out between that firm and the national State for the provision of vaccines.

Based on this criterion, the representative of the Public Prosecutor’s Office had stated that for the “clarification of the events investigated”It was important “to have any type of record that also accounts for the communications pertaining to the delivery of doses that are maintained after the conclusion of the contract and up to the present time.”

For this reason, this week the portfolio led by Carla Vizzotti had to hand over all the communications maintained with Astrazeneca. Those prior to the negotiation, those that followed during the signing of the contract and even everything that arose after the start of the dose delivery schedule that was breached.

Mail deliveries and all types of communications were scheduled in two sections. With the delivery of this Thursday, Astrazeneca complied with the requirement of federal justice. There are communications with different officials, including former Minister of Health Ginés González García and also his successor, Carla Vizzoti, among others who participated in the agreement.

The prosecution awaits the delivery of the communications by the Ministry of Health, which must also comply with a similar request from another federal prosecutor, Ramiro González, who is investigating the failed agreement with Pfizer and, as a first measure, ordered that all communications with the American laboratory.

With the emails, the researchers are making progress in determining the reasons for the delay in the delivery of the 22,400,000 vaccines whose deadline ends at the end of July. But also, the prosecution wants to determine if the Government signed an advance payment contract knowing that the laboratory was not going to be able to meet the stipulated deadlines.

Along with this analysis initiated by the prosecution, Carla Vizzotti, Minister of Health, had already been told not to make changes to the contract with Astrazeneca, fearing that the Government, far from applying a fine to the laboratory, will grant it an extension due to the permanent delays. Investigators believe that this would be a major detriment to the State.

In addition, as Clarín said, the prosecutor sent a letter to the Ministry of Health to report how many doses of AstraZeneca have already arrived in the country to date, and how they were distributed.

The contract with Astrazeneca was questioned from the beginning, especially due to the proximity of Ginés González García with the businessman Hugo Sigman, who is in charge of manufacturing one of the components in the country. They are friends.

On the last trip to Spain of the former minister – as a tourist – he found himself in a hotel lobby with the businessman while criticism grew for the breach of the contract.