Assisted pregnancy “for all” and “chimeras”: France changes its bioethics law 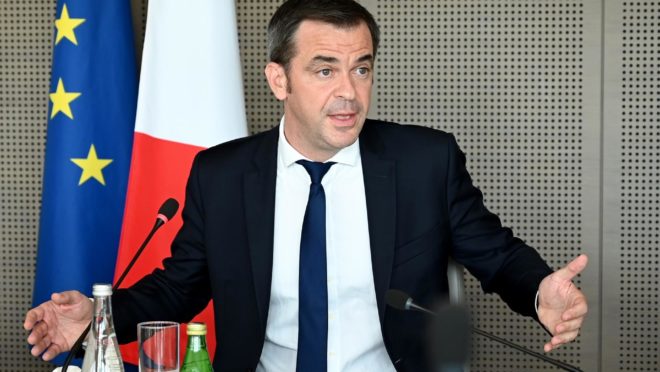 0
SHARES
0
VIEWS
Share on FacebookShare on Twitter
Olivier Veran, France’s Minister of Health, was one of the advocates of the new bioethics law. Illustrative picture.| Photo: BERTRAND GUAY/Agência EFE/Gazeta do Povo

The French National Assembly approved at the end of June (29) a new Bioethics Law that allows pregnancy to assist lesbian couples and single women, in addition to extending the possibilities for research with embryonic stem cells, including the creation of “chimeras” .

The text was approved in a second vote in the Chamber of Deputies (326 votes in favor, 115 against), after four years of processing in the legislature since the Macron government launched the base text on July 24, 2017.

Health Minister Olivier Véran said at the last voting session that with the new text “the first children can be conceived before the end of 2021”, and considered that it “responds to the expectations of French society”. However, some sectors of France were not so happy and question the ethical implications of some provisions of the law.

Starting with the Senate, which saw many of its modifications ignored by the text in Congress. The senators even presented a motion to try to impede the deliberation of the project, but they were unsuccessful.

The text of the motion written by the Special Commission on Bioethics clearly shows its discontent: “In a new reading, the National Assembly did not adopt any article in line with the wording adopted by the Senate at second reading.”

And what changes were approved by the new law?

Starting with the possibility of assisted pregnancy for all women (including lesbian couples and single women) – before the new text only heterosexual couples (provided they had at least a stable union) with fertility problems certified by a doctor or one of the members had a serious illness that could be transmitted to the child. Now any woman up to 43 years of age can undergo assisted pregnancy with the same rights.

Social Security will cover four fertilization attempts in vitro and six artificial inseminations, which will be carried out after a reflection period of one to two months accompanied by a specialized medical team.

If both members of the couple have sterility issues, or there is a risk of genetic disease for the child, or in the case of a sterile lesbian couple or a single woman, embryo transfer can be applied after a judge’s decision. In practice, it is a permit for surrogacy.

In addition, another major change in the law concerns the end of anonymity for sperm and egg donors. The text gives any person conceived through assisted pregnancy with a third donor the right to have access to the identity of that donor when they reach the age of majority, but in no case can a relationship of affiliation with the donor be recognized. Legally, the child will be fatherless forever.

In relation to the lesbian couple, the woman who gave birth, their parentage will be proven on the birth certificate; for the partner, the family relationship will be formalized with joint recognition at the notary’s office.

However, what calls the most attention in the project is the possibility of manipulating human cells into animal cells.

“The modification of a human embryo by adding cells from other species is prohibited”, says the text of the law, however it will be possible, “within the scope of research protocols conducted with human-induced pluripotent stem cells”, to insert these cells in an animal embryo for the purpose of its transfer to the female.

In other words, the bill does not authorize the introduction of animal cells into the human embryo (therefore no human-animal chimera), but the reverse, “animal-human chimera” will be possible.

This type of research, however, is not intended to create science fiction monsters, according to Eli Vieira, a biologist, with a master’s degree in genetics from the University of Cambridge, Eli Vieira: “It’s not that geneticists want to be Dr. Moreau at HG Wells. There are applications for the points proposed in the new French bioethics law”, he explains.

“Chimeras can be genomic (by editing the genome) and also cellular, by inserting human cells into animal embryos. One application for cellular chimeras is the potential to generate human organs in animals”, continues Vieira.

The biologist states that “the use of techniques to alter the human genome is a hope, especially for genetic diseases of Mendelian inheritance such as Huntington’s chorea”, but he makes reservations that research can be conducted in the wrong way: “there is a risk of bad applications”, he concludes.

In addition to bad applications, the new law was criticized on ethical issues andinvolving the dignity of the human person by the President of the French Episcopal Conference, Msgr. Éric de Moulins-Beaufort: “The foundation of the ‘French bioethics’ of which our country is so proud has been erased: the dignity proper to each human being – large and small – is no longer the focal point.” The bishop closes his letter by appealing “now more than ever” to the individual responsibility of each person involved in the topic.