Assisted fertilization: in the country there are 40,000 frozen embryos and the debate is rekindling why to do with those that are not used 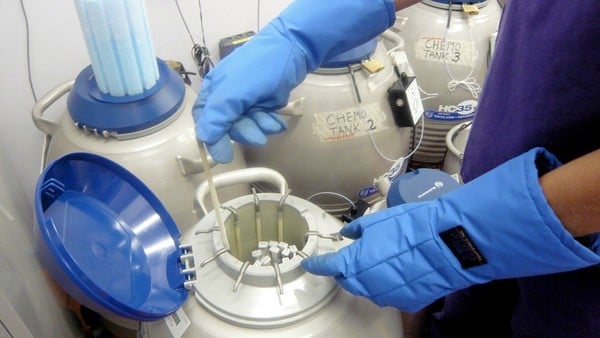 There is a silent problem in Argentina that still could not be solved. Law 26,862 on Medically Assisted Reproduction, also known as the National Law on Assisted Fertilization, was approved on June 5, 2013, and promulgated 20 days later. However, eight years later, there is “a legal gray” that causes problems in many fertilization centers: what will happen to the frozen embryos that were not used. The Argentine Society of Reproductive Medicine (SAMeR) estimates that in Argentina there are some 40,000 frozen embryos in different centers of the country and that half have no reproductive destination.

A large percentage of patients who resort to assisted reproduction treatment have surplus embryos, that is, they will probably not be used. These embryos have three possible destinations: use them for future pregnancies, pay indefinite maintenance at the center or donate them to other patients.

Fernando Neuspiller, director of the Valencian Institute of Infertility Buenos Aires, revealed that, according to the records of that center, “for each couple who attend treatment, between one and two embryos are usually frozen, which are those that are not implanted in the mother’s uterus. In total, approximately 2,000 embryos are frozen per year, only in IVI Buenos Aires “.

There the problem begins. What the law does not allow the cessation of freezing of embryos, patients who do not want another pregnancy or who cannot afford annual maintenance do not have many alternatives. “For them it only remains to donate them to other couples for reproductive purposes, an option that usually arouses many doubts, since many couples think that if they donate them it will be like have a son or daughter with another family“, commented the specialist.

Neuspiller explains that “donating embryos is not like giving up for adoption, since it has not yet even had contact with the mother’s womb. In addition, in many cases patients resort to egg or sperm banks, for which reason the genetic material is his own. “

Legal abortion and a new debate

“Now, with the Law of Voluntary Interruption of Pregnancy (IVE) that was approved last December 30, a new debate would be opened. This legal framework, could it give the possibility of a change in the panorama? As the embryos have a maximum of five days of life, the people responsible for their maintenance could decide to do without them, as well as the interruption of pregnancy within the terms indicated by the norm “, raises the gynecologist and obstetrician.

As a solution, Neuspiller proposes “donation to another person for implantation, in the case of healthy embryos, or, for those abnormal embryos, that is, that have no chance of survival, donation to research centers for scientific use, option that currently does not exist. These embryos that cannot be implanted could also, if so desired by the person or couple in charge of them, be discarded. ”

For his part, Gustavo Botti, a specialist in gynecology and reproductive medicine and a member of Proar, points out that “the frozen embryos of potential life belong to the patient. If you wish, you can discard them. Because it depends on the belief of each one. The couples who have completed their fertilization can discard the frozen embryos, it is not illegal. That is, there is no law that prohibits it. There is no legal gray, it is the couple’s decision. ”

For him, the best solution to this problem is “to freeze as few embryos as possible.” In other words, “design a treatment to avoid a surplus of frozen embryos. Because, in my opinion, it is unpleasant to have to dispose of them. It cannot be donated for research or for other couples because it is genetically complicated”.

On this subject, Sergio Pasqualini, founder of the Halitus fertility center, said that “the possibility for the remaining embryos would be to donate it to other couples, which would be ideal. Keeping it eternally frozen is pointless. The reality is that if they stop paying maintenance, it is quite a matter to discard it for that reason. ”

The doctor says that “there are bills regarding what to do with frozen embryos that are waiting to be resolved. At the present time, and for a long time, there are centers that, at the request of the couple, discard them, They give them to another couple or for research. There are centers that do not discard them or donate them to other couples. “

Regarding the discarding of embryos, Pasqualini explained that there would be no objections in doing so because “since the ruling in the Inter-American Court of Human Rights in Costa Rica, as a result of the case of Artavia Murillo against the State of Costa Rica, the status of person acquired the embryo just after implantation “.

And he added: “That ruling gave him a framework to be able to have the legal backing to do so, to which was added the voluntary interruption of pregnancy. If the discard of the post-implanted embryo is already legal, with much more reason it would be legal to discard the vitrified embryos. For this reason, personally I do not see any sense in the debate of what to do with the leftover frozen embryos. “

According to the expert, there is a significant percentage of couples who agree to donate embryos. “It is what you have to try to promote because it is important to give that embryo the opportunity to move forward with its destiny,” he says.