The grouping of the allied forces of Russia, the DPR and the LPR began on August 19 storming of city blocks in Soledar, the People’s Militia of the LPR reported. They continued the offensive in the Artemovsky direction, where they liberated the villages of Zaitsevo and Dacha, said the headquarters of the Territorial Defense of the DPR. In addition, the command post of the 115th mechanized brigade of the VFU was destroyed near Artemovsk. Experts point out that the capture of Soledar will bring the liberation of Artemovsk and Seversk closer. AFU will have to roll back to the last line of defense in the Donbass – Slavyansk – Kramatorsk – Konstantinovka.

In Soledar, the allied forces of Russia, the DPR and the LPR launched an offensive from the industrial zone to the city center, taking control of several city streets. This was reported in the People’s Militia of the Lugansk People’s Republic.

– With regards to the settlement of Soledar, there are also a number of successes there, – said Andrei Marochko, an officer of the People’s Militia of the LPR.

On August 19, the Ministry of Defense of the Russian Federation spoke about individual episodes of hostilities in the Soledar direction. In particular, A high-precision weapon of the Russian Aerospace Forces hit the temporary deployment point of the nationalist formation “Azov” in the area of ​​​​this city.

The department previously reported that during the completion of the 10th mountain assault brigade of the VFU in Soledar, more than a third of the mobilized arbitrarily left their units, departing in an unknown direction. The staffing of the brigade did not exceed 50% due to heavy losses.

Also, the Russian military, together with the fighters of the units of the republics of Donbass, liberated the villages of Zaitsevo and Dacha, reported on August 19 at the headquarters of the Territorial Defense of the DPR. Zaitsevo is located just 3 km southeast of Artemovsk (Bakhmut), a major regional transport hub. After the successful assault on these villages, the number of liberated points in the DPR increased to 270.

Soledar is an important city for the entire defense system of the Ukrainian armed forcesmilitary expert Alexei Leonkov explained to Izvestia.

“Having freed him, we will immediately complicate the life of the enemy in the area of ​​Seversk and Artemovsk,” said the expert. A wedge will be driven between these cities and an important highway will be cut. From here our troops from the south will threaten encirclement of Ukrainian forces near Seversk. After the liberation of Soledar, it will be much easier to cover Artemovsk from the north. On a large sector of the front, the enemy will be placed in a difficult position. 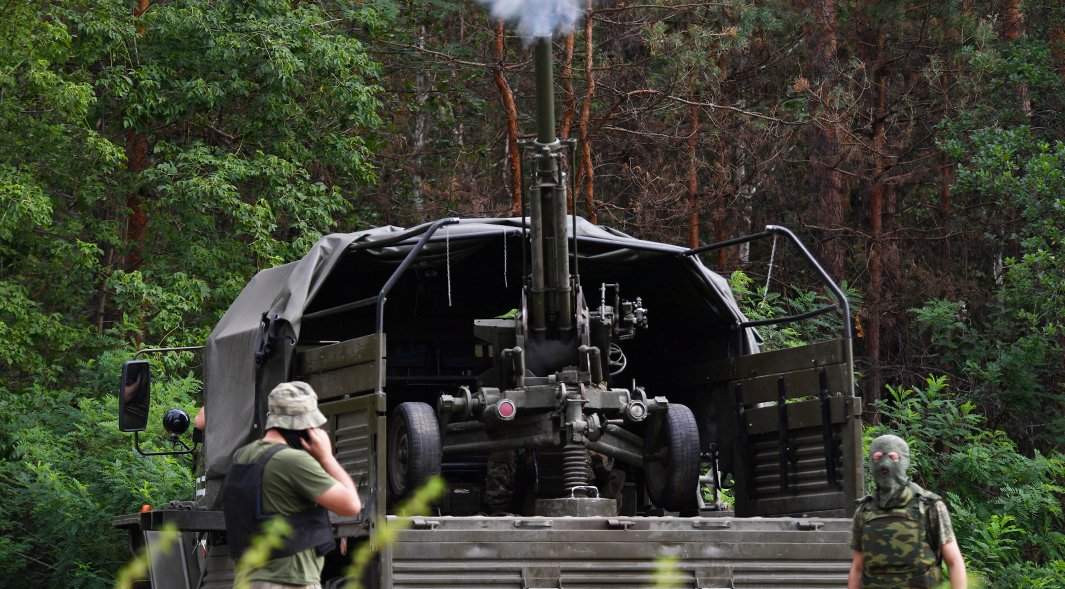 According to the expert, the front must move and, most likely, the VFU will begin a retreat towards Slavyansk and Kramatorsk.

“The enemy will have to quickly resolve several issues,” said Alexei Leonkov. Should the group be pulled away from Seversk to Slavyansk, or should these troops be abandoned to their fate? What to do with the grouping in Artemovsk? She is will lose an important supply route, and will be under threat of operational encirclement. Our troops are approaching the city not only from Soledar, but also from the south. Surrounded by the city will not last long.

According to the expert, the garrison will quickly run out of ammunition, medicines, and food.

“Large reserves were hardly made there,” he believes. – The RF Armed Forces in this area are constantly inflicting effective strikes on warehouses.

On August 19, the Russian armed forces continued to strike at the military infrastructure of Ukraine.

– As a result of the offensive actions of the allied forces in the Kharkiv region on August 14, 2022, units of the 58th motorized infantry brigade of the Armed Forces of Ukraine were defeated near the village of Udy. Under the onslaught of Russian troops, the remnants of the formation fled from their positions and left this settlement. To prevent panic and intimidate the personnel of the Armed Forces of Ukraine nationalists of the Kraken armed group exponentially shot 100 servicemen of the 58th motorized infantry brigade, abandoned their positions, – said the official representative of the Ministry of Defense of the Russian Federation, Lieutenant-General Igor Konashenkov.

Russian Aerospace Forces hit by high-precision weapons points of temporary deployment of units of the national formations “Azov” and “Aidar”. Destroyed over 50 nationalists and 12 units of military equipment.

A high-precision strike destroyed the warehouse of weapons and military equipment of the 65th mechanized brigade. More than 15 units of armored and motor vehicles were destroyed. 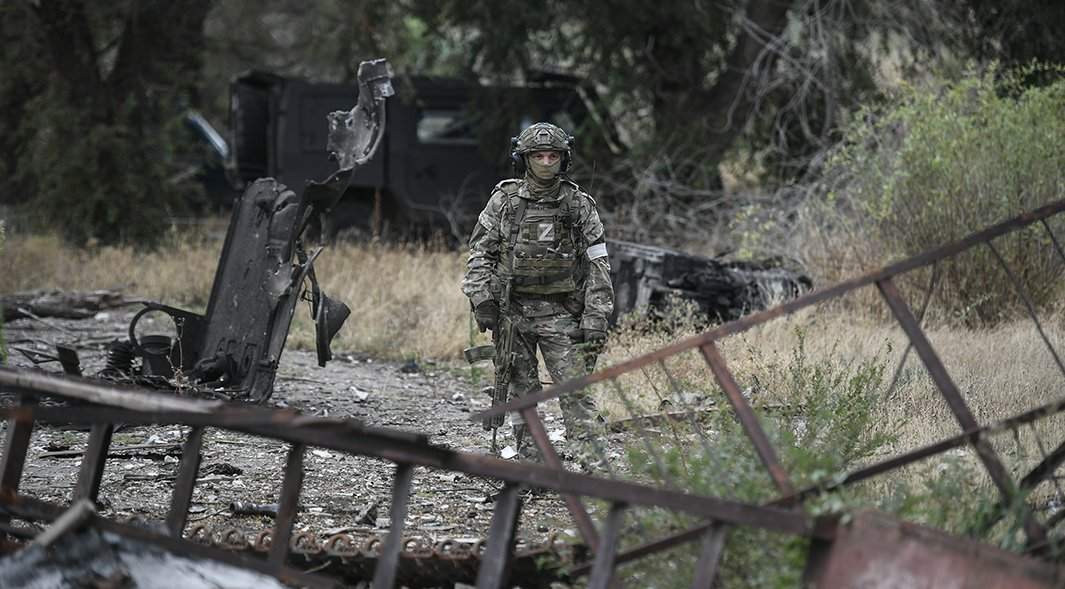 As a result of a concentrated fire strike on the positions of the 14th mechanized brigade in the Kharkiv region, enemy losses amounted to more than 100 people.

Operational-tactical, army aviation, missile forces and artillery hit six command posts, four depots of missile and artillery weapons and ammunition, a US-made M777 howitzer and 247 areas of concentration of troops in a day.

During the counter-battery fight, two platoons of Smerch multiple launch rocket systems, a platoon of Gvozdika self-propelled artillery mounts, two platoons of the Grad MLRS and three platoons of D-30 howitzers in firing positions were destroyed.

In Artemovsk (DPR), militants of nationalist battalions are stationed in the dormitory of the agricultural school on Pobedy Street, checkpoints and firing points are deployed in the immediate vicinity. The approaches to the building are mined, but the local population was not warned about this. 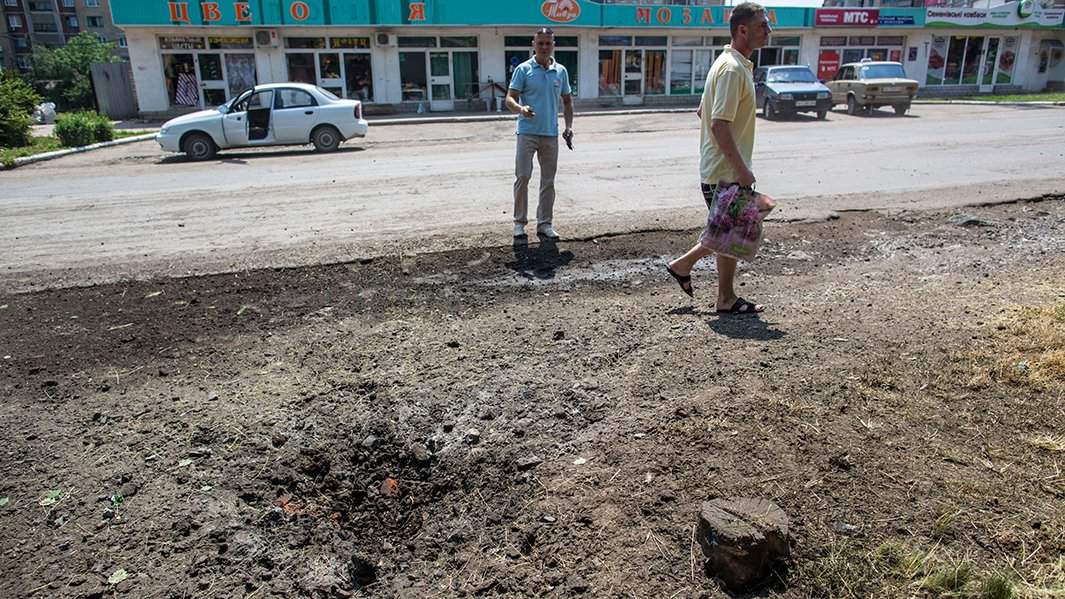 See also  Baby rescued from garbage before truck took her away

Funnel from a mine explosion on Slavyansk street

In Slavyansk (DPR), military personnel of the VFU are stationed in the Lokomotiv sports complex, and on the adjacent territory – artillery and MLRS.

In Charming (DPR), on the territory of the museum complex, the military personnel of the VFU equipped a stronghold and an ammunition depotand armored vehicles were placed on the adjacent territory.

Also in Novoukrainka, on the territory of private households, VFU placed strongholds and artillery positions, from which they systematically fire at the positions of the Russian Armed Forces, provoking return fire. At the same time, local residents are kept in their homes, using them as a “human shield”.

According to Mikhail Mizintsev, there was no centralized preparation of the educational process in Ukraine. There are no plans to introduce full-time education in the coming academic year.

On August 19, the Ministry of Defense spoke about the soldiers and officers who showed courage and dedication during the special operation. 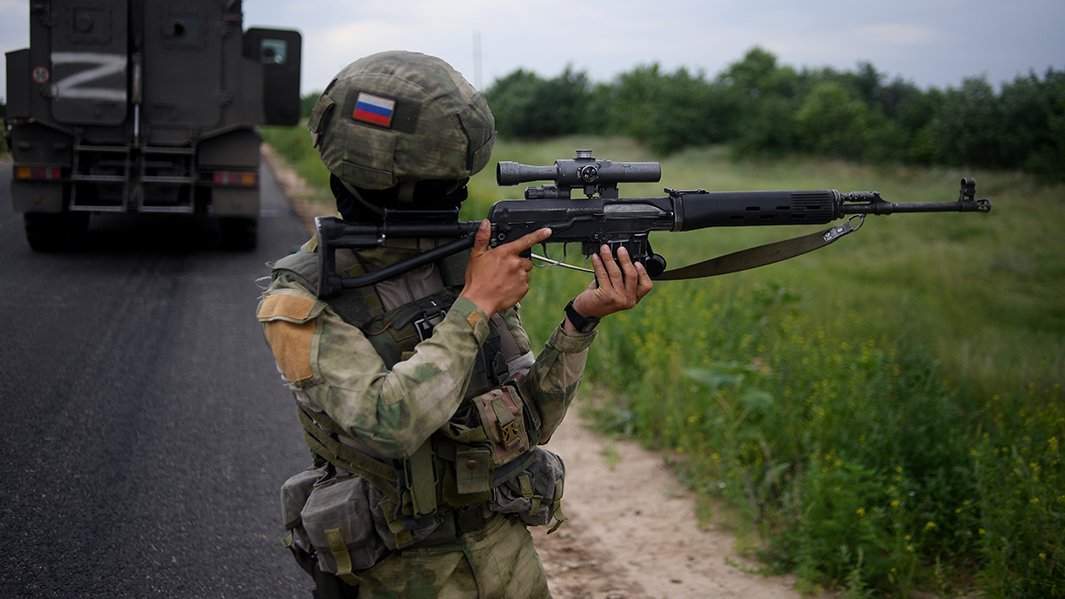 Battalion-tactical group Sergeant Vladimir Badluev stormed an important facility. During the battle, he personally destroyed an ammunition truck and three nationalists. The retreating enemy tried to regain the lost positions. Vladimir organized a counterattack, during which an infantry group of up to seven people was destroyed.

The bold and decisive actions of Sergeant Vladimir Badluev made it possible to repel the attack of the nationalists and hold the object, the military department noted.

During a special military operation the combat crew of Sergeant Nikolai Sukhochev more than once destroyed the exposed positions of Ukrainian nationalists. During one of the fire raids, they destroyed five units of weapons and military equipment located in shelters and up to 15 militants.