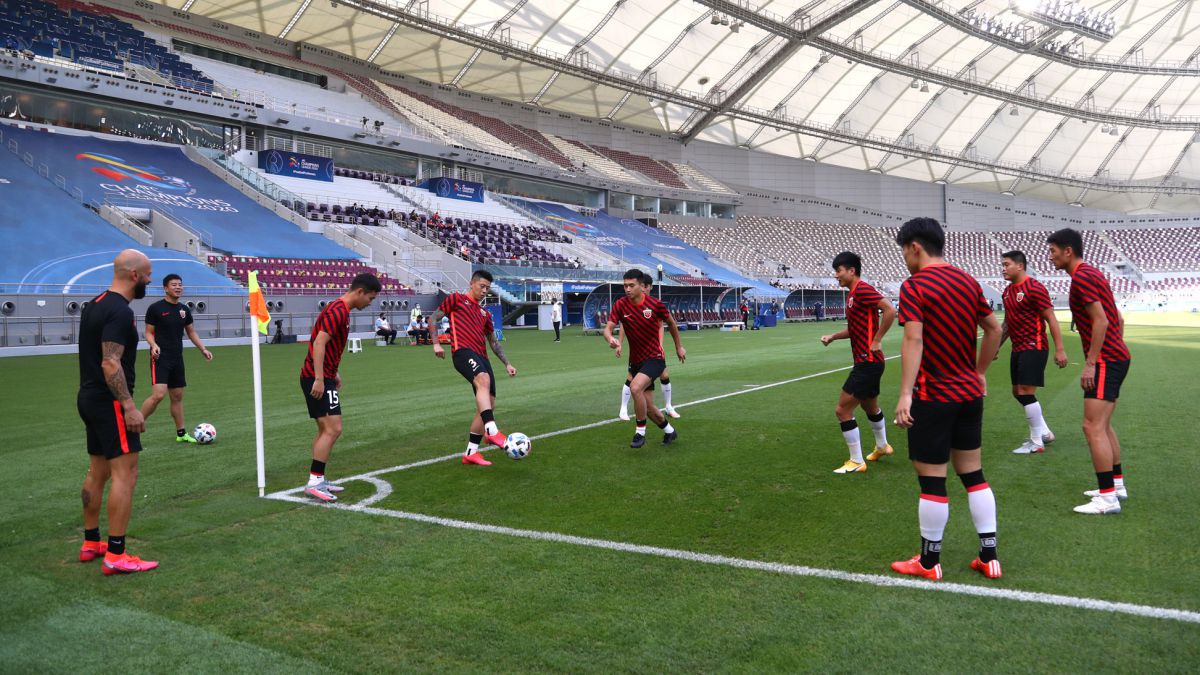 The representatives of the Asian soccer confederation praised the World Cup stadiums destined for Qatar 2022, after a tour of the venues where the AFC Champions League competitions for the eastern part of the continent will be hosted, which will start on November 18 and continue until next December 13 in Doha.

Where teams will fight to reach the final as the qualifying team will face Iranian team Persepolis on December 19 in Doha. During the tour, the committee visited 4 stadiums including three World Cup stadiums are: Al Janoub, Education City, and Al Khalifa International, the three inaugurated of a total of 8 dedicated World Cup venues for Qatar 2022, as the AFC matches will be played. Champions League, next to the Jassem Bin Hamaad stadium in the Al Sadd stadium, also equipped by cooling technology.

Therefore, the mission showed appreciation for the efforts implemented by the local organizing committee of the event, which spared no effort in providing all the requirements of universal standards for team competencies, citing the sanitary measures imposed and the strict protocol accredited by the Organizing committee and interested authorities.

The Committee confirmed that the supposed success of the events organized in Qatar is what is expected, taking into account the disputed competitions despite the repercussions of Covid-19, Qatar has given a good image in organizing successfully, also the representatives praised the preparations finals for the continental event.

It highlights that the visit of the Asian delegation to Qatar was part of the organizing mission, as well as meetings with the heads of the local organizing committee, in addition to visits to the hotels for national teams and those responsible for the Asian confederation and the referees.

The representatives of the Asian Soccer Confederation have been in the city of Doha for 10 days, on a follow-up mission to the preparations for the Tournament, to be aware of all the actions that will contribute to the success of the competitions considering the successful experience with the clubs from the western part of the continent from which the Iranian team Persepolis qualified for the finals to be played in the city of Doha on December 19.

Biden, who is not soft on China, advises the dragon - 'follow the rules'

Advice from experts who lived through other epidemics