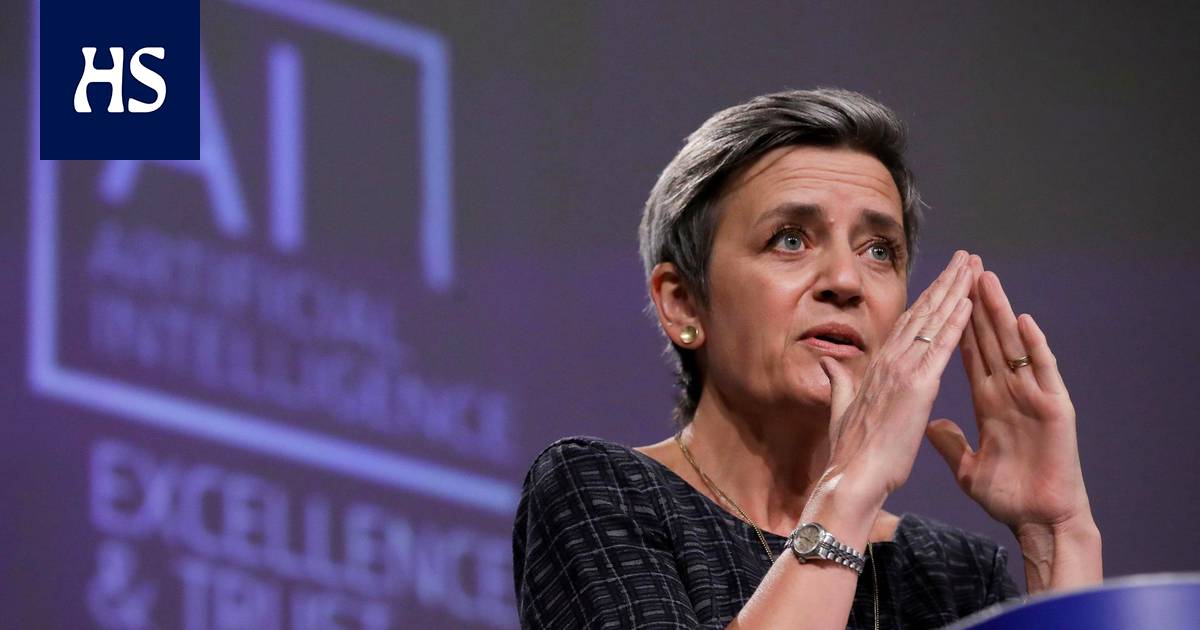 The Commission’s proposal has been criticized by both the technology industry and NGOs.

European for the first time, the Union is trying to regulate exactly what artificial intelligence can be used for. On Wednesday, the European Commission published its proposal, which assumes that the security of citizens and the realization of fundamental rights must be at the heart of everything.

Vice – President of the Commission Margrethe Vestagerin says the EU wants to develop global standards for relying on artificial intelligence.

“By setting standards, we can pave the way for ethical technology globally and ensure that the EU remains competitive,” Vestager said.

Through its efforts, the EU seeks to catch up with the United States and China, which are ahead on the AI ​​front.

High-risk uses, on the other hand, would include crowd surveillance with biometric remote identification systems or applications where human life could be at risk, such as an artificial intelligence surgical robot.

The Commission is proposing strict restrictions on these high-risk systems in order to ensure safe use.

Instead, for low-risk AI systems, the Commission is calling for transparency. This category would include, among other things, chat bots. The user should always be aware that he is dealing with the machine and not the person.

However, most uses of artificial intelligence, such as video games, would end up in the Commission’s low-risk category. There are no restrictions on the use of low risk.

News agency AFP NGOs are concerned that there are too many loopholes in the Commission’s proposal and that Member States will be able to circumvent the planned bans on the problematic use of artificial intelligence.

The representative of the technology sector, for his part, commented to AFP that he hoped that the proposal would be further specified and better targeted so that bureaucracy would not get in the way.

The Commission’s proposal will then proceed to the European Parliament and the Council, representing the Member States. It is likely to take a long time before final regulation enters into force.

Transport Finland is exploring an environmentally friendly alternative to the dominance of company cars – a tax-free movement account of EUR 3,400 is proposed as a solution

Another cryptocurrency fraud: Reddit users scam out of 2 million with the fake launch of a digital currency