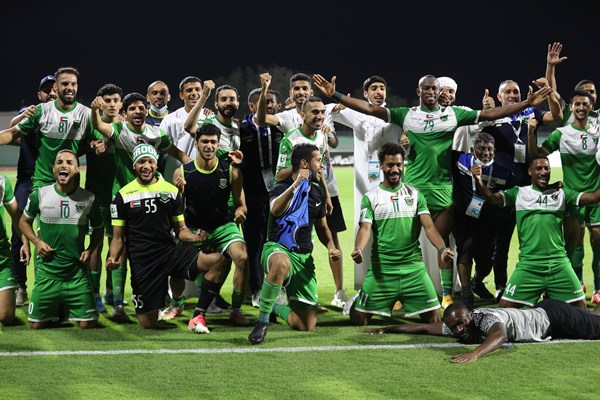 Moataz Al Shami (Dubai)
Al-Orouba Club succeeded in qualifying for the first time in its history to the Arab Gulf Professional League, since the application of the professionalism system, and the “second” in its history after the 1991-1992 season after being crowned the first division title and being absent for a period of 30 years, but this time qualifying and participating in the league Professionals, it will not be easy as it was in the last appearance of the team in the 91-92 season, due to the club licensing system, which imposes harsh conditions, which may require additional budgets, in contrast to what the club allocates to the technical advancement of the first team to break the rule of the rookie. According to the follow-ups, Al-Orouba Club received many notes regarding the conditions for obtaining a license to participate in the professional league, and some requirements and standards required to be provided within a period not exceeding the end of next November, in order to be able to obtain the official license to continue his career in the season, and the following seasons to come if He managed to stay with the adults.

Al-Ittihad learned that the text of Article 5 of the list of first-class club licenses saved Arabism returning to the spotlight after nearly 30 years of absence, and the article states the following: “The association may allow football clubs or companies to participate in the event that they do not obtain the license, and then It may be compulsory for clubs qualifying for the League’s competitions, to obtain a license in order to participate in the coming years », which means allowing the exception of Arabism, and granting him permission to participate in professionals, with the start of work on the conditions and criteria required to obtain a professional club license, but in the event that it remains For the next season, this means that all professional licensing requirements must be met, otherwise he will not be able to participate later in accordance with the provisions of the regulations for the licensing system, which imposes financial requirements and burdens, especially in terms of the need to provide certain jobs in the emerging club, and the establishment of a football company in various Its canonical branches are in Dorina. As for the most prominent “initial” requirements that were already identified for Al-Orouba Club, they were related to the need to expand the stadium to 5,000 spectators according to the conditions of the association, in addition to setting an electronic clock, completing the team’s medical staff, establishing a team under 21 years old, and before that the establishment of a ball company to manage the game All that is related to it and the application of professional and generalized license standards in the licensing system, with the launch of the marketing and promotion standard with the aim of increasing the club’s financial income, searching for sponsors and additional funding sources, and providing a clear and audited budget. The list of first club licenses is one of the most prominent projects of the Football Association that has been applied to first-class clubs already since 2019, and aims to narrow the gap between amateurs and professionals, by implementing minimum licenses that contribute to achieving that goal, while the professional licensing system has been applied to professional clubs since the year 2019. 2013. The licensing system for competing clubs in the First League is based on 5 basic criteria, namely “sports standard, infrastructure, personnel and administration, legal, and financial”, which are the same criteria for licensing professionals, but with minimum conditions and requirements, while Arabism will have to launch The sixth criterion, which is considered among the standards of professionals, is called the “Marketing and Promotion” criterion, which forces clubs to seek sources of financial revenues, other than those obtained from the Association by distributing broadcast rights or selling match tickets and so on, with the aim of achieving financial independence.

Michael Collins, the astronaut who participated in the first mission to the moon, dies