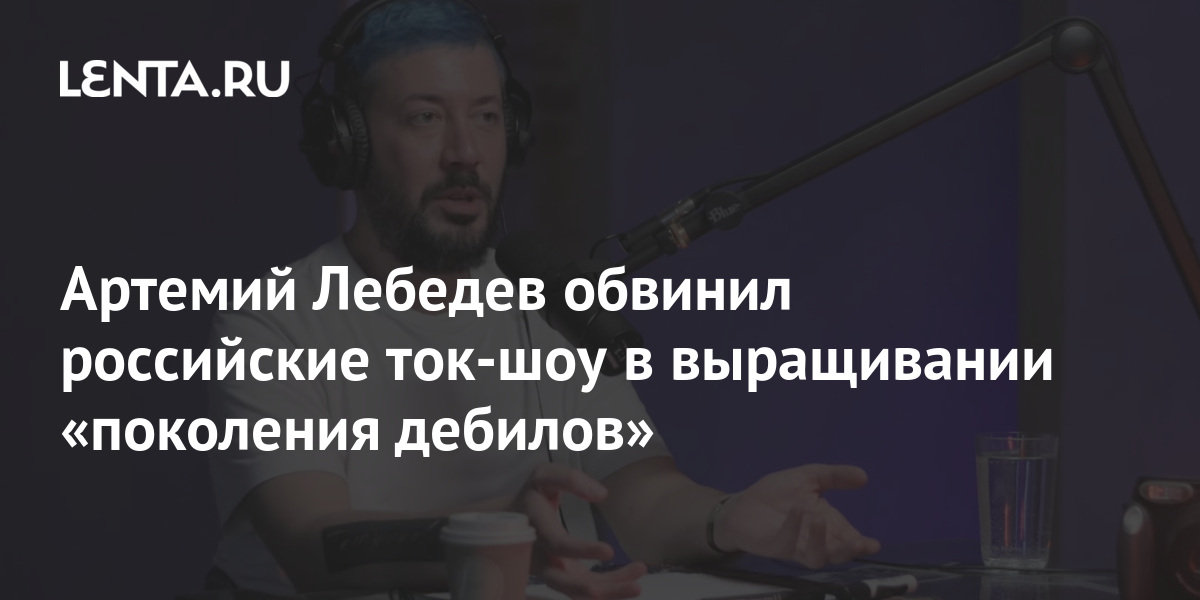 Popular blogger and designer Artemy Lebedev shared his opinion on Russian TV shows. In the podcast of comedian Sergei Mezentsev “Seryozha and the Microphone”, he accused modern programs of raising “a generation of morons.” Issue published on Youtube…

Lebedev lamented that there was no program “Obvious-Incredible” on Russian television (Soviet and Russian popular science program, hosted by physicist Sergei Kapitsa – approx. “Lenta.ru”). According to the designer, such a program should be shown instead of daytime talk shows.

“It’s very cool that people have found some kind of rating format and make money on advertising. But in the same way, over the 15 years these shows have existed, they have raised a new generation of morons, unfortunately, ”stated Lebedev.

He also stated that people who watch talk shows and do not change channels give programs a good rating. “The TV channel gets a tick for the fact that it has large coverage-views due to the fact that, unfortunately, they fool people,” the blogger was indignant.

Earlier, Lebedev criticized the historian Yevgeny Ponasenkov, known online as Maestro. In the video, he christened the author of a monograph on the war of 1812 an illiterate charlatan.