Art historian Tomás Llorens, the first director of the IVAM, the Reina Sofía and the Thyssen, dies 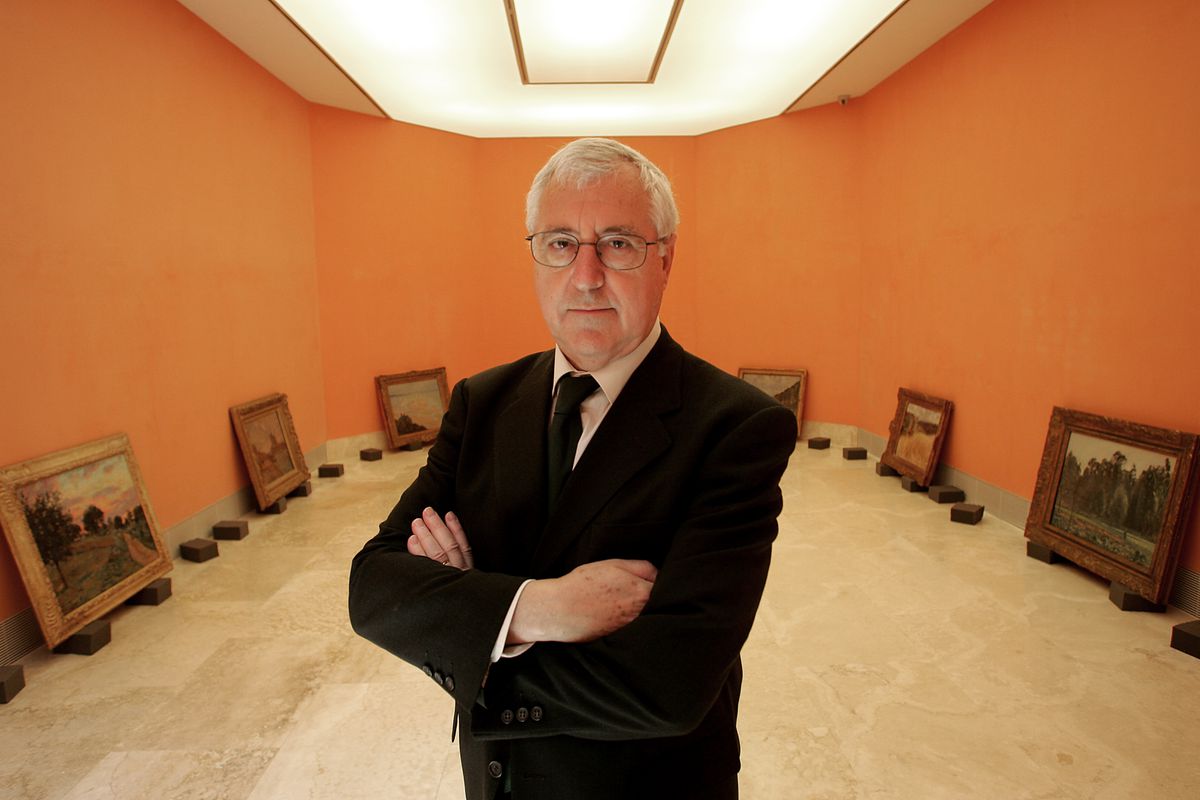 Tomás Llorens died this Thursday morning at the age of 85 in Dénia (Alicante). He had been ill for a few years. I was entering the hospital and coming out again. He knew the seriousness of his illness and was preparing the way, but “he carried it with dignity and integrity,” his son Boye Llorens explained to this newspaper. Until the last moment he was working on new art exhibitions, the great passion of his life. Not surprisingly, the Valencian historian and critic has starred in a key career in Spanish museography in the last 40 years. He was the first director of the Valencian Institute of Modern Art (IVAM), the Reina Sofía National Museum and the Thyssen Museum in Madrid, as chief curator.

The first two museums, with the works completely finished, were never inaugurated, but his mark remained forever, as did his teaching as a critic, theorist and promoter of a committed art in the aftermath of Francoism that had Equipo Crónica as the most emblematic example. The Valencian president, Ximo Puig, has announced his death in the Valencian Parliament, shortly after it occurred and has conveyed his condolences to the family.

Born on October 4, 1936 in Almassora (Castellón), Llorens was also working on his great bibliographical work: Julio González’s catalog raisonné. I was going through the sixth volume of the seven that make up what is the referential work of the sculptor on whose work the pillars of the IVAM were built. The critic played a fundamental role in the purchase of the funds of what is today the most important museum collection of the iron smith, a friend of Picasso. In the eighties, Julio González was barely listed. Today he is one of the most valued avant-garde sculptors.

The last major exhibition in which Llorens acted as curator was one of the most comprehensive retrospectives held on Antonio López at the Bancaixa Foundation, inaugurated last year. His last writing published in this newspaper was a meaningful and analytical article about the death of his friend and designer Alberto Corazón last February. He was preparing with his son Boye an anthological exhibition of the sculptor Joan Cardells, which will be presented at the Bancaixa Foundation after the summer and which will be a tribute to Tomás Llorens. Leave an abundant bibliography, numerous writings and articles.

Since his wife, the painter Ana Peters, died in 2012, with whom he had three children, the art historian barely left his house in Las Rotas de Dénia, where he dedicated himself to reading, studying and caring for his garden, facing the sea. There he was admitted several times to the regional hospital, suffering from a complex illness, although he has finally died in the San Carlos Clinic of the Alicante population. “Everything has been very fast. And he was aware of everything and did not stop working on his own ”, says Boye Llorens, who worked with his father on numerous exhibitions and projects.

Educated, elegant, serious, solicitous, controversialist, defender of a vision of modern and contemporary art far from fashions and demanding of figuration and realism (for which he was branded as a conservative in certain circles), Llorens was professor of Aesthetics in the Polytechnic University of Valencia between 1962 and 1972, from where he was expelled after his imprisonment during the Franco dictatorship.

Llorens and his friend Valeriano Boza, also an art critic, were the curators of an exhibition in 1976 that appears in all contemporary art manuals in Spain. It was exhibited at the Venice Biennale and was organized outside of Spanish institutions by a group of politically committed artists and intellectuals. In that red biennialAs it was described, the Spanish pavilion remained closed because it was not officially invited to the country that just a year before, when the main world meeting of contemporary art was being prepared, was still under the Franco regime. Artists such as Equipo Crónica, Jordi Teixidor, Antonio Tàpies, Eduardo Arroyo, Alberto Corazón and Antonio Saura showed their works in the central building of the Giardini di Castello.

Graduated in Law and Philosophy and Letters, he worked at the Portsmouth Polytechnic School of Architecture (Great Britain), returned to Spain and was visiting professor at the Barcelona School of Architecture (1977-1980). He also worked at the Politecnic of Central London and the Venezuelan School of Architecture in Maracaibo. In 1984, he was in charge of the conception, drafting and monitoring of the program for the creation of the IVAM, in its architectural, museological and administrative aspects. He was also director general of the Generalitat’s Heritage when the Ministry of Culture was headed by his friend, the socialist Ciprià Ciscar.

However, the central government, then chaired by Felipe González, called him in 1988 to launch a problematic project that was intended to become the flagship of modern and contemporary art in Spain, the Reina Sofía National Museum. Then the baton passed to Carmen Alborch, who was the one who inaugurated the Valencian museum in 1989. After presenting some exhibitions with the building still unfinished, Llorens was dismissed as director of the Reina Sofía at the end of 1990 due to disagreements with the Ministry of Culture. The center opened its premises completely to the public in 1992.

A month after leaving the Reina Sofía, however, he was appointed chief curator of the Thyssen Bornemisza collection, a position that in practice was equivalent to the artistic direction of the art gallery that opened its doors to the public in 1992. He was in charge of the museum of the Villahermosa palace until 2005, placing it in one of the vertices that mark the gold mile of the art of Madrid: the Prado, the Reina Sofía and the Thyssen. He was replaced by the current person in charge, Guillermo Solana. On his departure, Llorens stated then that he wanted more time for the study, for his projects, for his exhibitions, such as Interwar realisms, Russian vanguards or Sargent-Sorolla.

His projects, readings and his garden occupied the last years of his life until death has befallen him this Thursday, very close to his beloved home in Dénia and the Mediterranean.