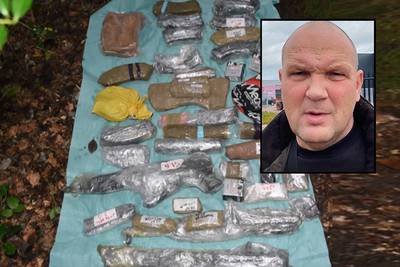 Numerous machine guns and 21 life-threatening fragmentation hand grenades were found in the underground weapons storage in Zwolle. Suspects Michel B. alias De Gier from Zwolle and Hero D. from Harderwijk will appear in court for the first time on Monday. De Gier is also suspected of the New Year’s Eve murder of arms dealer Henk Wolters. The murder weapon was also found in the weapons depot.