Armstrong dreams of a historic achievement 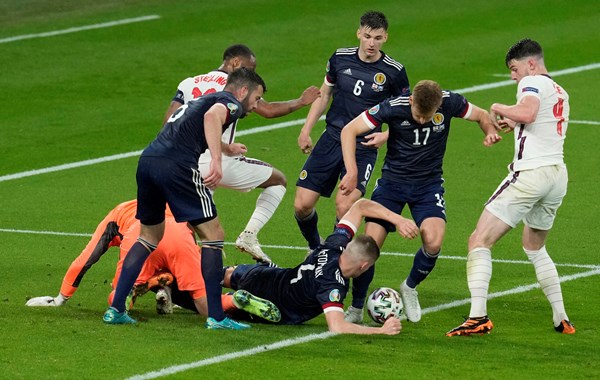 Scotland national football team player Stuart Armstrong said that his team is determined to make history and qualify for the knockout rounds of a major tournament for the first time, when it faces Croatia on Tuesday in the third round of Group D of the European Football Championship “Euro 2020”.

m Southampton’s Armstrong stressed during Scotland’s national team coaching that Tuesday’s game simply means he’s got it all or nothing.

Scotland revived its hopes of reaching the round of 16 in the continental competition, after it drew 0-0 with its arch-neighbour, England, the day before yesterday, “Friday”, after losing its opening match against the Czech Republic.

Scotland is at the bottom of the standings with a single point, a goal difference behind Croatia, who is in third place, while the Czech and England teams are in first and second places, respectively, with four points.

A draw or defeat against Croatia in Glasgow is sure to kill the Scots, while a win is likely to be only good enough to be in the top four third-placed teams in the six groups, unless the Czechs beat England by a slew of goals, thereby creating It might give Scotland second place in the group on goal difference.