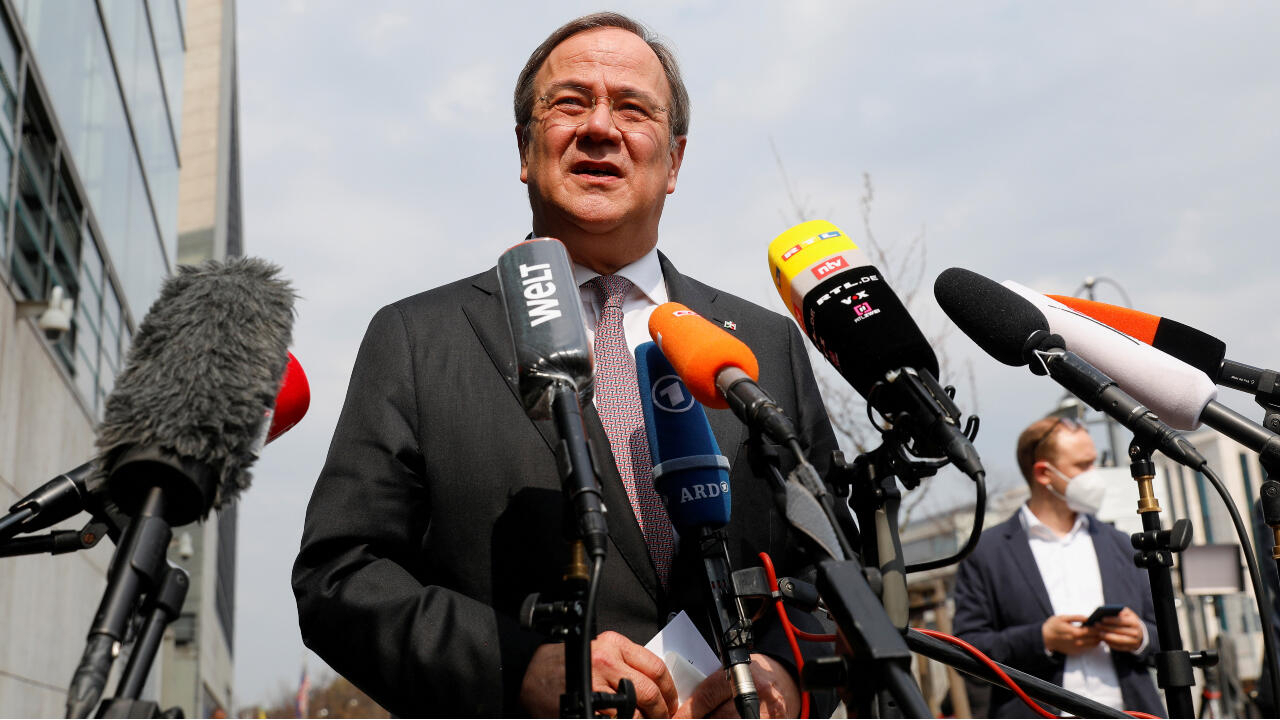 Bavarian Prime Minister Markus Söder withdrew from the electoral race to stand as Chancellor Angela Merkel’s successor in the September general elections. Thus, he gave place to Armin Laschet, after losing a vote at the top of the Christian Democratic Union (CDU), sister party of the Christian Social Union (CSU) of Söder.

“The Christian Democratic Union met yesterday and decided. We accept it and I respect it,” said Söder, head of the Bavarian state, ending a rift in the CDU / CSU alliance, known as “the Union.”

This Tuesday at noon, Söder appeared live from Munich and confirmed that he is withdrawing from the race to succeed Angela Merkel in the federal elections in September. On Monday he had assured that he would abide by the will of the party, so his withdrawal was expected. “You have to be responsible for the Union and only a compact Union can win.”

The CDU federal board backed Laschet

This Monday, the federal board of the CDU had given clear support to Laschet, leader of the party, in an internal meeting called to resolve the conflict between him and the right-wing Markus Söder.

After more than six hours of debate into the evening, Laschet won the votes of 31 of the 46 members of the CDU’s federal executive committee, representing a majority of 77.5%.

Söder, who did not participate in the virtual CDU meeting, won the backing of nine members and six others abstained, according to party sources.

Both had formalized on Sunday of last week their aspiration to be candidates for the generals on September 26, the first in 16 years in which Merkel does not appear.

The contestants gave each other until Sunday to reach a consensus on a solution, but the deadline expired without either of them having withdrawn in favor of the other or agreed on a solution. Despite the reciprocal declarations in favor of fair play, the German media have highlighted the division of the bloc evidenced in this pulse, described as “fratricidal” by the influential weekly ‘Der Spiegel’.

Laschet has said that one of the political priorities as chancellor must be to preserve European unity and lead the European Union through the coronavirus crisis. But the 60-year-old candidate now faces another great battle: connecting with voters and winning over frustrated fellow conservatives who supported his more popular rival.

Indeed, Markus Söder was ahead of Laschet in popularity, which is attributed to his rigorous management of the fight against the pandemic in Bavaria. An ARD Deutschlandtrend poll conducted on Friday revealed that 72% of conservative voters considered Söder more suitable to be chancellor. Only 17% of conservatives saw Laschet as the most suitable candidate, according to the poll by polling institute Infratest Dimap.

By backing Laschet, senior CDU officials have prioritized the party’s rise in the conservative bloc. Indeed, Laschet is seen as a candidate who would continue Merkel’s legacy, since he fits the centrist and consensus-building profile of the chancellor.

Conservatives drag the loss of popularity

With the resignation of Angela Merkel after the elections, the pressure had increased for the bloc to agree on a candidate, since its popularity ratings are close to the minimum for a year, hurt by what is considered chaotic management of the Covid-19 pandemic. A Forsa poll last week put support for the conservative alliance at 27%.

A little over five months before the elections, the conservatives had no candidate or program, when the rest of the political forces have presented their own and at least the guidelines or a draft of their proposals.

The Greens, without internal disputes, named their co-leader Annalena Baerbock on Monday.

Unpacked at Alnatura: shower gel for filling in the supermarket

The LPR named Donbass one of the hottest spots on Earth

The CIS publishes its April barometer, the first after Iglesias’ departure