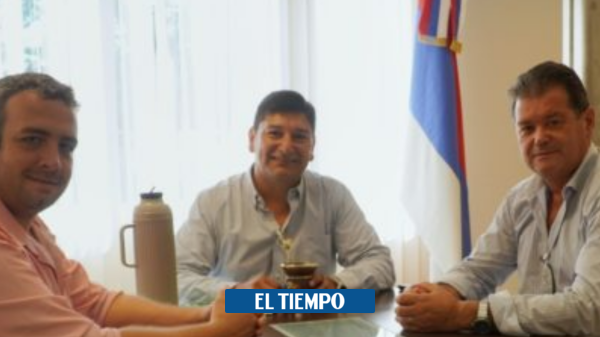 The subject in question is Marcelo ‘Turco’ Rodríguez, the former president of the Institute for Agricultural and Industrial Development in Argentina (Ifai). This official hired 39 women, paid them a high salary and also provided them with a subsidy. In exchange, they had to have sex with him.

Everything went on the air due to a series of leaks of private chats, documents and photos in which the ‘Turk’ was shown having conversations with the different women who, in exchange for a political process or a contract, promised to have sexual relations with the.

(Be sure to read: Nicaragua celebrates the decision of the ICJ in litigation with Colombia)

The complainant handed over contracts and documents showing that the women’s families had also received monetary benefits from the institution.

Many of these women were younger than the official and the Institute was their first place of work, according to the magazine Entérate, the Argentine digital media that made the complaints and that claims to have received the documents that incriminate the man.

See also  The "televirologists" in politics: in Padua a challenge between Viola, Crisanti Jr and Palù

Marcelo Rodríguez responded by saying that these accusations were actually an attack, so He filed a criminal complaint for cybercrimes, assuring that his cell phone had been hacked and that the chats presented were false.

Faced with this situation, Anazul Centeno, deputy for the Front Renovador de la Concordia, He asked that the facts be clarified without re-victimizing the women and lamented the vulnerable position in which they had been placed.

In his Twitter statement, he stated that these situations were “methods used to imprint unequal power relations on women’s bodies, which classify us as exchangeable, tradable goods, merchandise.”

On April 19, after the case went viral and reached the media, Rodríguez resigned from his position as director of Ifai. However, he has not yet made a public statement explaining the reason behind his decision.

The provincial government of Misiones affirmed that the person who will replace Rodriguez is Roque Gervasoni, a former provincial deputy.

Why does official Russian TV say that ‘the third world war has started’?

Tags: Abuse of powerArgentinaInstitute for Agro-Industrial Development in Argentina Air Force not yet ready to throw bombs with 'drones'