Argentina: Young man denounces that his girlfriend stabbed him in the abdomen out of jealousy 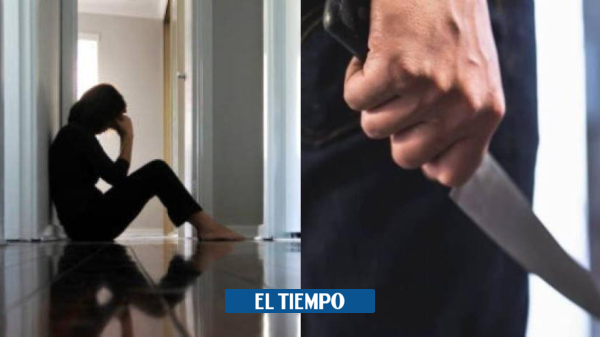 Lucas Ortiz, a citizen of Buenos Aires, Argentina, has reported his girlfriend to local authoritiesafter she stabbed him in the abdomen in the middle of an argument last weekend.

(Keep reading: The list of countries that punish corruption the most, is Colombia included?).

According to what is heard in the version given by the injured person to the local press, the couple was chatting in a nightclub, when a woman, who is apparently Ortiz’s cousin and a worker at the site, approached to offer him a kind of promotion in the beverages they were consuming.

“We went out to dance at a bowling alley (disco). There I ran into an acquaintance and she gave me a discount. She became jealous of that situation and was nervous when she (her cousin) passed by, she wanted to push her, she elbowed her, ”Ortiz mentioned on the ‘Crónica HD’ program.

“When we were outside she told me ‘I can also go with anyone’, I told her okay and went to the car. She was nervous, she was very jealous,” she added.

The talk did not go down well with his girlfriend, who was angry at the jealousy that the scene caused her. However, everything was very quiet at the time and they decided to return to their house, which is operated as a fast food establishment.

Upon arrival at the scene, the security cameras managed to capture the moment in which Ortiz’s girlfriend, in a moment of high effervescence, He grabs a bottle that was on one of the shelves and blows it up on his own head in order to frame Lucas.

At that moment, the young man makes a sign towards the cameras and she decides to stab him with a knife in the abdomen and then leave the place, while he is perplexed touching the injured area.

According to the aforementioned media, Ortiz had to undergo emergency surgery and received an 18-point suture.

Unusual: teacher hit a child who was ‘bullying’ and parents supported him

Why has Colombia not ratified the treaty that prohibits nuclear weapons?

Glennis Grace and Dion split up: 'Don't want to say anything more about it'