Argentina wakes up against Uruguay 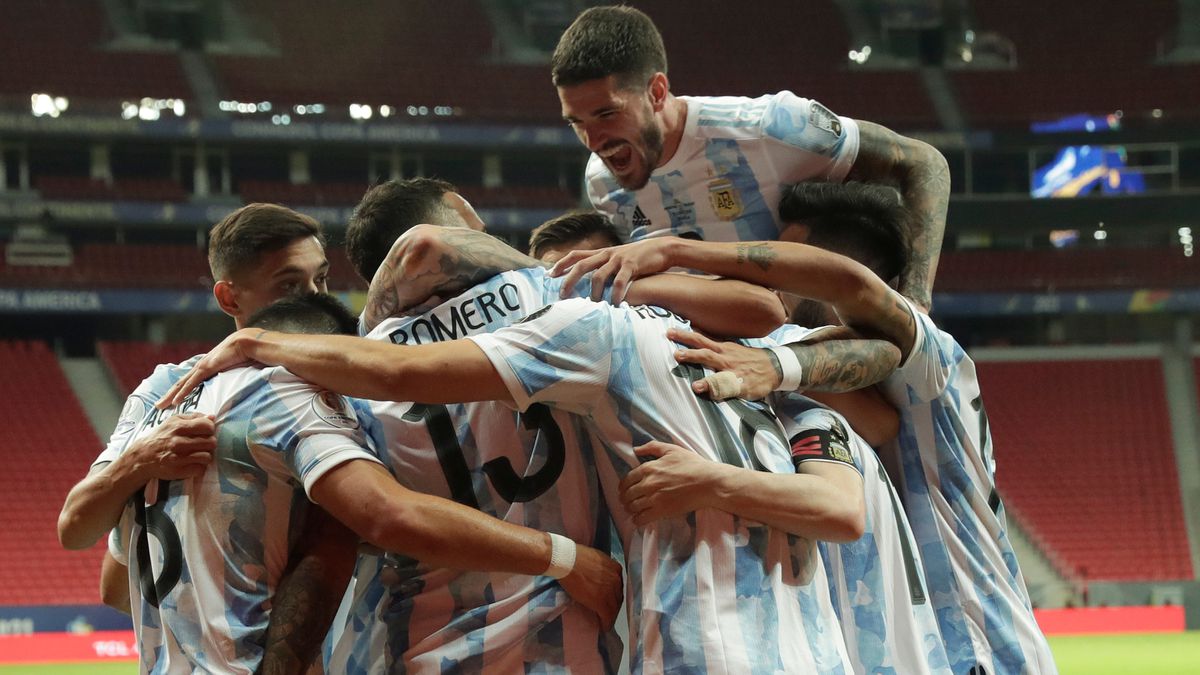 Argentina was reunited with victory. He did it, no less, than against Uruguay. After three consecutive draws – two in the South American qualifying rounds, the remaining against Chile in the Copa América premiere – the Albiceleste gains confidence, but above all it casts off doubts. In the new generation of Argentina, two old rockers appeared, Nicolás Otamendi to dry Luis Suárez and, how could it be otherwise: Lionel Messi. The 10 made the 10. He led a team that was not showy, but very pragmatic. And the Albiceleste already passed the hardest of Group A, a draw against Chile in the new classic (1-1), victory against Uruguay in the classic of always (1-0).

If England-Scotland is the first classic in the world, it was born on November 30, 1872, 149 years ago, Argentina-Uruguay is the most repeated: 207 games. In 1902, the derby of the Río de la Plata was premiered in Montevideo, a world rivalry (they played the final in 1930), mainly South American: Uruguay added 15 Americas Cups to 14 in Argentina. In short, a traditional rivalry, today symbolized in a friendship: that of Messi with Luis Suárez. The Argentine appeared; the Uruguayan, no. Nothing changed in their personal duel: Suárez never beat Messi and Argentina woke up in the Copa América.

Erratic in attack, fragile in defense in the premiere against Chile, Scaloni returned to shake the eleven. Nothing new in his inventory, although this time he was surprising because in the previous one he had warned that he would not make many changes. He made four with respect to the duel against Red, three behind. The Albiceleste coaching staff was concerned about the unreliability of the team when it did not have the ball, essentially weak when it was forced to retreat. The strategy worked for Scaloni. With the ball, Argentina was planted in the field of Uruguay. Without the leather, he gathered lines away from Emiliano Martínez. He did not suffer in defense. Good news. He also found a way to hurt Uruguay. Much better news.

From the beginning, Acuña warned with a strong shot from the door of the area. Messi imitated him. Muslera caught the Sevilla side’s shot without any problems, he was less lucid, however against the 10. The problem is that the rebound fell to Lautaro Martínez, who is denied with the goal after adding four games without scoring. But Messi insisted. Active to press, moving to find the ball, on the 10th he started from the right, he retreated to the center of the field to generate superiority, he appeared as a left winger to send the pass to the head of Guido Rodríguez that ended the 1-0. Uruguay’s reaction was timid, Cavani (32 touches) more present than Luis Suárez (25), neither successful.

What happens to Uruguay in attack is paradoxical. Cavani (34 years old) and Luis Suárez (34) who, between the two, added 114 goals, in the 119 matches that coincided on the field and who in their clubs signed 17 and 21 goals respectively in the last season, cannot hole it with the Celeste. The Manchester United striker did not attempt any shot against Argentina, the Atlético one. Nor did he aim at the goal. Uruguay, which already has four games without scoring and in Brasilia, never disturbed Emiliano Martínez, not even when the Albiceleste, tied to the result, backed down. Messi played, Otamendi resisted and Argentina is hooked on the Copa América.