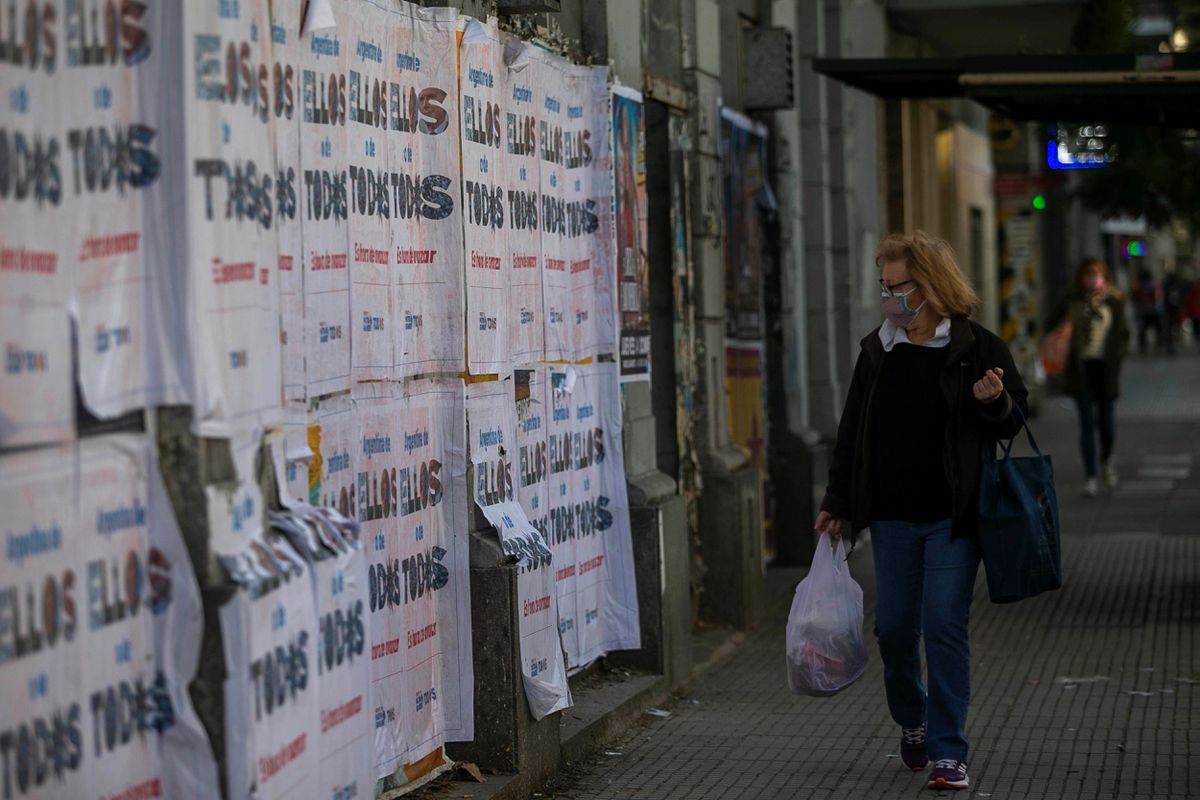 Future versus present. Argentina’s two main political coalitions have started the electoral campaign with their sights set on the country’s health and economic crisis, but from opposite angles. Facing the primary elections on September 12, in which the candidates for legislators are voted to renew half of the seats in the Chamber of Deputies and a third of the Senate, the ruling Frente de Todos highlights that the country is leaving from the harsh recession that began three years ago and summons Argentines to the “epic of the day after” to rise again after the coronavirus pandemic. The opposition alliance Together for Change, for its part, asks for the vote to change course in the face of a present “full of anguish” and “anger that the salary is not enough to make ends meet.”

“I need you to help me, everyone, with great force and with the certainty that we have a way out, that we can make a fair country, where everyone can have equal conditions to grow and develop without exception,” said President Alberto Fernández this Monday at a public event accompanied by the first candidate for official deputy for the province of Buenos Aires, Victoria Tolosa Paz. “Let’s make the Argentina we deserve once and for all; there is a near future and a life that we know exists ”, added Fernández in the starting gun of the official campaign.

The Argentine president harshly criticized the management of his predecessor, Mauricio Macri, and invited Argentines to choose between two country models: “When we have the opportunity, because the vaccine allows us, to cross the exit door that is so Nearby, what State are we going to want? The State that kneels down and asks us to fall in love with the officials of the Fund [Monetario Internacional] or the State that arises, that stands up and says to the Fund: ‘Do I not make Argentines suffer?’

The opposition focuses on the tough situation the country is going through to attract votes. “We are fed up with not being able to change or dreaming of more security, more work, less poverty. We want to say enough, that’s how it goes, ”said Diego Santilli, the candidate for deputy for the province of Buenos Aires, when announcing his application.

The Argentine economy had been in the red for two years when the Peronist Fernández took office as head of state in December 2019. But in 2020 the decline accelerated: GDP contracted by 9.9%, poverty increased by 35.5% to 42% and unemployment grew more than two percentage points, to 11%. The first signs of recovery in 2021 are overshadowed by the inflationary escalation, which could approach 50%, and by the risk that new setbacks in the vaccination campaign or more contagious strains, such as the delta, will force a reversal of the progressive lifting of restrictions. So far, the coronavirus has claimed more than 104,000 deaths in Argentina.

The province of Buenos Aires, which brings together almost 40% of the population, is the main scene of the electoral battle. The Frente de Todos presented its candidates over the weekend with a unit photo: Alberto Fernández, Cristina Fernández de Kirchner and Sergio Massa, top leaders of the official alliance, presented the candidates who will compete in the primaries from a family factory in the area metropolitan area of ​​Buenos Aires. Together for the Change did not reach an agreement and concurs divided in that district: one list is headed by Santilli and the other by the neuroscientist Facundo Manes.

Santilli leaves as the favorite to win the internal fight and thus lead the final list to the legislative elections of November 14 with the support of Horacio Rodríguez Larreta, current mayor of Buenos Aires and one of the names that sound the most to aspire to the Presidency in 2023. “We have in front of a candidate who began coordinating the table against hunger and today coordinates the table of hunger of thousands of Argentines who go out to exchange their few belongings for food,” launched the former Macrista Security Minister, Patricia Bullrich, by attacking the official candidate in the presentation of the macrista list, carried out from the City Bell Equestrian Club.

𝗔𝗥𝗥𝗔𝗡𝗖𝗔𝗠𝗢𝗦
Leave me a comment, tell me what worries you. On the street or around here, I’m here to listen to you 👂 (or read you 👀). pic.twitter.com/kbA0swqUZ5

The electoral campaign has also provoked movements of pieces in the two coalitions. The Government will have to replace two ministers who are running as pre-candidates for legislators, the current head of the Social Development portfolio, Daniel Arroyo, and the Defense Minister, Agustín Rossi. From the opposition, the former governor of the province of Buenos Aires, María Eugenia Vidal, a candidate as national legislator for the Argentine capital, returns to the fore.