‘Argentina needs more than ever, and above all, dialogue’ 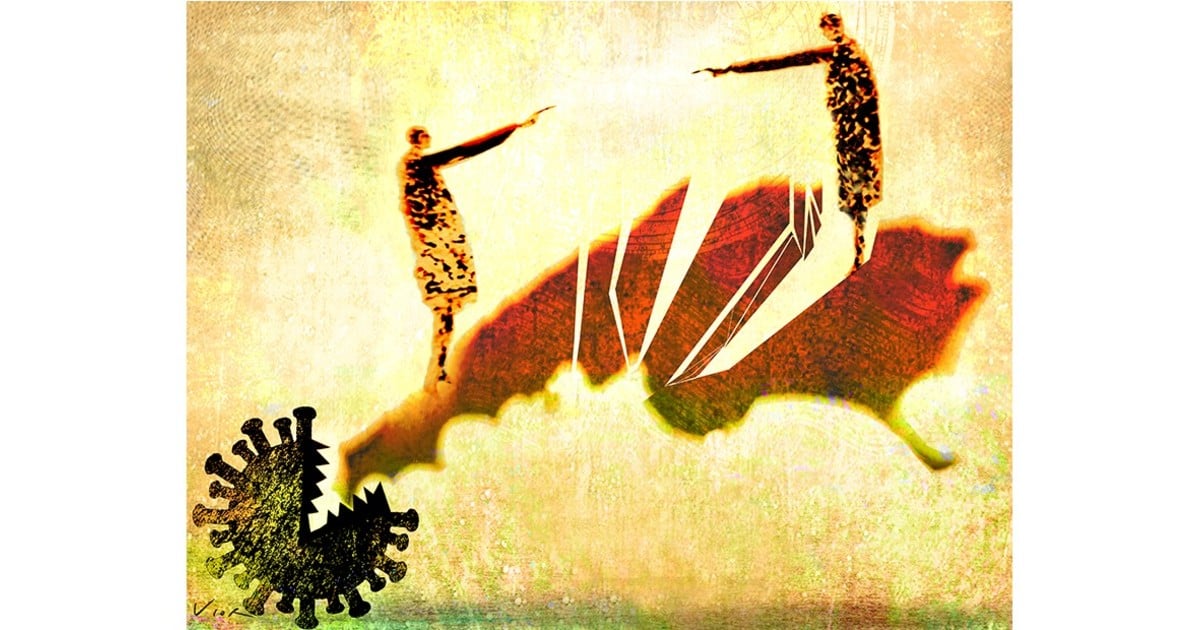 What happens when you cross Avda. General Paz and you feel that the country is split in the middle. As a Buenos Aires and Buenos Aires native, it feels very strange that politicians make us believe that you are on one side or the other. Argentina needs more than ever … pause, kindness, good treatment, but above all dialogue. Everything is cockfighting, one specialist knows more than the other and his truth mutes and mutates a new DNU. And the shortcomings are felt much further away: in Neuquén, for example, does anyone find an explanation for the lack of judgment and respect for which everything stopped for 21 days?

Rulers: it is no longer General Paz, it is all of our land, whatever color it may be. Why can’t we respect each other. Why don’t we learn that we are all in these endless cracks that drown us a little more every day. And when from the central power they ask for a truce, like a child’s tantrum, resistance, disrespect, rebellion arises again, I do what I want. The giant picket line of social organizations – because in truth they are very well organized to stop a whole day or many days – has as a silent witness that Obelisk of glories and sorrows. And are they not supposed to carry the virus?

Why doesn’t anyone put on their pants, skirts or whatever and decide the course of our Nation. If it’s so difficult – and I don’t want to be in those shoes, that’s why I’m not political – do something for real without pettiness without attachments. Can it be worth more than life itself? I think not and in that without knowing we are immersed those of us who work as best we can, without stopping to pay every penny of the thousand and one taxes. Can it all be so unfair? I think not. But since we live in a country where everything is backwards, Grabois receives the papal honor of a social and environmental ministry. Maybe he worked hard to deserve it, but it all tastes very unfair.

From what the old continent shows, we will be in a pandemic for a long time. Wake up and do the simple exercise of putting yourself in the tight shoes and I swear a lot.

He felt abused by the controls in General Paz

This May 1 I was detained for three hours above my car, like thousands of citizens. It was not because of a picket of a social movement. It was not at a time prohibited by the President of the Nation. Nor was it for circulating in a prohibited area, quite the contrary.

Tens of thousands of cars stopped on Av. General Paz and the Pan-American highway, without any alternative of detour, cornered, so that for a single lane 5 km later, a policeman would take our temperature. Did you want to test Covid? All a simulation, arbitrariness and total absurdity. It shows how politics lashes out at citizens regardless of the boomerang effect. A demonstration of irrationality and abuse of power by officials of the province of Buenos Aires. Nobody cared if someone had to attend surgery, accompany a sick person, bring food to a relative, if someone broke down on top of the car or whatever.

My time is worth, my health is worth, my life is worth. Do not declaim that they do what they do to protect me and then abuse me. It reminds me of the worst practices in history. Settle your lawsuits without undermining the citizen.

Understand that the future of Argentina is at stake

For all of us who want open schools, colleges and universities with the essential protocols, where our children and grandchildren can attend in order to receive a face-to-face education as a base and a virtual one as a complement, I address this expression: anus; he who plants a tree worries for years; he who educates a boy cares for generations ”.

The future of Argentina is at stake; Let’s not play it so-called Russian roulette.

In August 2020, 5,875 volunteers received the Pfizer vaccine test in the country. Among them the announcer María Isabel Sánchez. Excellent immunity result and submission to Anmat for approval, which was achieved in December. Unbeatable work of doctors Fernando Polack and Gonzalo Perez Marc at the Military Hospital.

In the negotiations for the purchase of vaccines there were doubts: “There is an inconvenient word in the contract …”, suspicions of corruption, and so on. As the vaccine is the most important weapon against the pandemic, the Government only expressed that Pfizer demanded unacceptable conditions. The other countries, having started to negotiate afterwards, struck a deal and have diligently vaccinated.

We could have had almost our entire population vaccinated. We demand explanations for such suspicious and inappropriate actions of the officials. Clarifying it, the entire citizenry will respect much more the harsh confinement and care required.

Ask for a more elaborate plan given the economic situation

Observing what surrounds us would be more than a reason to think about what is going to occupy so much unemployed labor. Because the businesses that close, the companies that go bankrupt and so many activities suspended, leave many employees without work.

It is a good time to start proposing some reform that does not scare the employer or harm the one who needs to work, both parts necessary for the future of the country. The measure to prohibit layoffs fulfills the same function as to prohibit inflation, failure in sight. A somewhat more elaborate plan is needed to counter the current outlook and project the next few years.

“And if we choose our leaders by lot …”

Perhaps if we elected our leaders by lot, they could not be as bad officials as we have. Something must go wrong in the electoral system because no one can be so unlucky. As Almafuerte says: “… if you fall once, ten, a hundred times it lifts you up … Your falls cannot be so many, nor by law it can be so many …” How is it that in the electoral whirligig we always get “The country loses”?

If I have a good filter and pump that draws water from a polluted well, it can filter it to draw clean water. In other words, the system must be designed taking into account the end sought: choosing honest, intelligent, humble and capable people.

After rejection for large: Why Germany’s swimmers feel deliberately ignored

Ceferin and a double whiskey