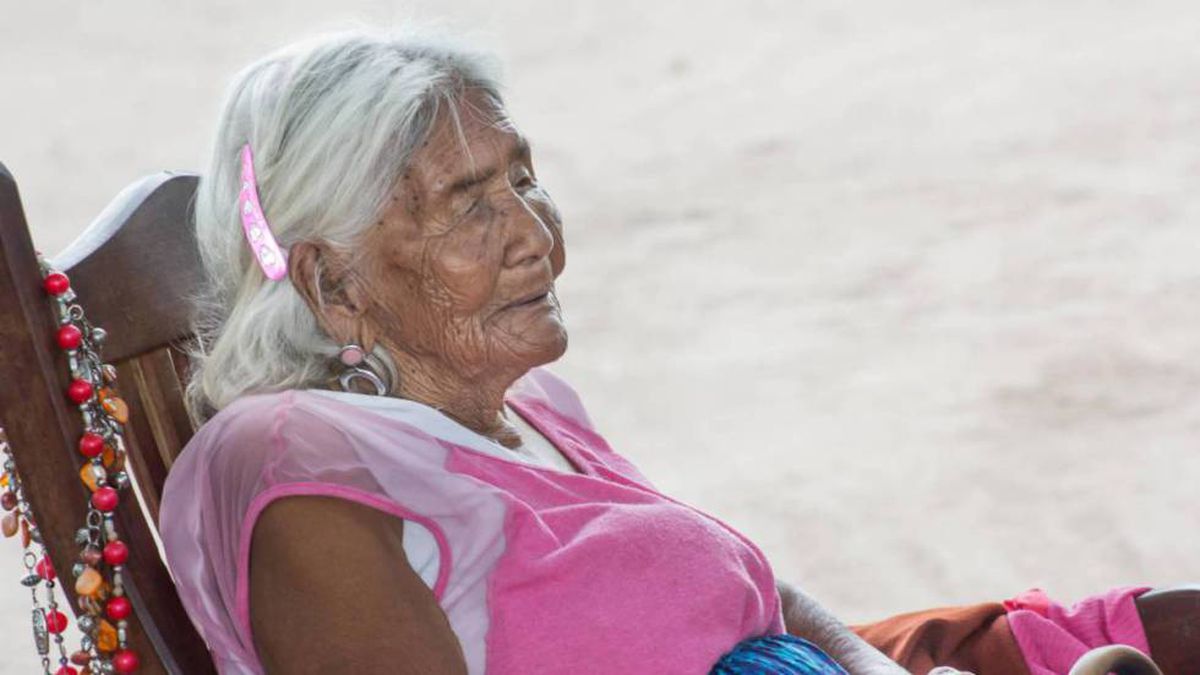 Rosa Grilo is over 100 years old. She doesn’t know exactly how many, but she remembers that she was a girl on July 19, 1924. She also remembers the noise of the plane flying low and dropping candy from the air towards the scrubby mountain. And that when the indigenous people ran after them they shot them with a machine gun. “They thought it was merchandise. And my grandfather says: ‘Don’t go, because he’s carrying the bomb, we’re going to run away. The people went to look for the merchandise, and when they are all together they drop the bomb, ”she recalls. The grandfather’s precautions saved Rosa Grilo, the last survivor of the Napalpí massacre, a human hunt that ended with 500 Qom and Moqoit Indians shot to death with machetes.

Grilo is lucid and lives with her children in a rural area in the province of Chaco, in northern Argentina. Her recorded voice was heard this Tuesday at the beginning of an unprecedented trial in Latin America, which tries to shed light on what happened in that Argentine place lost in time. There are no cops, landowners, or responsible politicians left alive; therefore there will be no criminal consequences. But the trial will serve for a new official story to bury the one still in force, the one that says that the dead in Napalpí were the result of a clash between tribes.

The Napalpi massacre It started with a riot. Hundreds of indigenous people refused to continue working on the reduction cotton plantations for a salary that was paid in clothing and food vouchers. The massacre was followed by months of persecution of the survivors who, like Rosa, had hidden with their families in the bush. This is how the former director of the reduction, Enrique Lynch Arribálzaga, told it in a letter he sent to Congress: “The massacre of Indians by the Chaco police continues in Napalpí and its surroundings. It seems that the criminals had intended to eliminate all those who were present at the carnage of July 19 (…), so that they cannot serve as witnesses”. His complaints were unsuccessful. The survivors hid in the bush and never spoke about what happened again, and the landowners in the area celebrated what they considered a pacification process.

Fifteen years ago, Juan Chico, a Qom trained historian, decided to delve into the past. I think the Napalpi Foundation, hit dozens of official offices and toured the mountain. He thus managed to find five survivors, including Rosa Grilo and Pedro Valquinta, a Moqoit who died in 2015 at the age of 108. Valquinta’s voice sounded this Tuesday before the court. “I am 105 years old, I don’t remember what year it was, I was 12 or 10. There were many new rich people who were cutting down the forest. And the Mocovíes were killed. And there they were shot. Mocoví people came to work and they were killed there, the police sent them,” he says in a video recorded in 2012.

Juan Chico died last year as a victim of covid-19, but the wheel was already turning without him. Prosecutor Diego Vigay took up the case and obtained official support for the instruction of a truth trial, the first referred to an indigenous massacre. “The objective is that the victims have the right to the truth, as established by the Inter-American Court of Human Rights for crimes against humanity. It is also a contribution to non-repetition and a sentence that imposes symbolic reparation measures”, says Vigay. “Napalpí was always a taboo subject for the families and the witnesses kept silent. They do not measure the historical value of these testimonies, “explains the prosecutor.

Starting this Monday, some 50 witnesses will pass through the Chaco court, including survivors, relatives and investigators. The photos taken before the massacre by the German ethnologist Robert Lehmann-Nitsche, preserved in the Iberoamerican Institute of Berlin. That’s how she discovered the image of the plane whose sound still haunts Rosa. “In it, Lehmann-Nitsche writes in German ‘airplane against indigenous uprising’, explained in 2018 in an interview with EL PAÍS Mariana Giordano, historian and main researcher at the National Council for Scientific and Technical Research. In other photos, indigenous people can be seen with a white handkerchief knotted around their arms, a sign that “they were one of the good guys.”

The site of the massacre is today called the Aboriginal Colony. Everyone knows that there is a mass grave there where the dead of 1924 were buried. The Argentine Forensic Anthropology Team (EAAS) worked for a month in the area, but could not find the grave. Instead, he found the remains of a man in his 40s with a foot injury. “It would be one of those who tried to escape and died near the massacre,” says Vigay. “He was buried less than 30 centimeters, which coincides with the version that those who died were buried right there, at a shallow depth.” The experts do not lose hope of finding the mass grave. “It is not easy, because the references have changed. But we have testimonies that say that the water wells were filled with grease and blood for many years and the pit would be linked to an underground current that we are now studying,” explains the prosecutor.

David García, a referent of the Napalpí Foundation, is confident that the truth trial will help society understand the historical dimension of the massacre. “It can impact having a space for peace within state policies, between communities, Creoles and indigenous people. We also have a very good new generation, with different expectations and other views”, he says. If her health allows it, Rosa Grilo will approach the court so that everyone can listen to her testimony. She will repeat there what she has told dozens of times: the plane, the explosions, the death of her father, the flight to the mountains with her grandfather and the silence with which she hid from the Creoles what she had vivid. “I’m not lying, what happened, happened,” says Rosa now, waiting for a restorative memory.

Pelé hospitalized again. "But he's not in intensive care"