‘Argentina’, ‘Iecsa,’ underground ‘: keywords and a puzzle to find data in Odebrecht documents 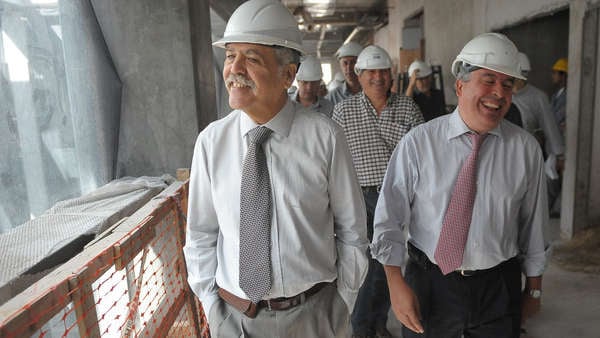 Keywords such as “burial”, “IECSA” (the signature that belonged to Angelo Calcaterra, Mauricio Macri’s cousin), “Argentina” and “Ghella”, among others, were the search password for the Brazilian Public Ministry to send documentation key to the Argentine justice in one of the files where it is investigated a route of alleged bribery linked to the construction company Odebrecht, its local partners and the Federal Planning Ministry led by Julio De Vido. The information reached the court of Marcelo Martínez De Giorgi with documents of financial transactions, video of a confession and a large number of digital files.

The work of burying the Sarmiento train, investigated by Martínez De Giorgi and the prosecutor Franco Picardi, was quoted at 3,000 million dollars and awarded to the consortium constituted by Odebrecht (investigated in their country by the Lava Jato operation), IECSA, Ghella and ComSa . Due to the bribery scandal, in June 2018 the Brazilian left the work.

In the framework of Lava Jato, the owners of Odebrecht admitted to having paid 36 million dollars for bribes to Argentine officials until 2015, to manipulate various public works contracts.

In April 2019, Martínez de Giorgi prosecuted the former members of the Federal Planning Ministry for “negotiations incompatible with the public function, breach of the duties of public officials and gifts”, for allegedly having favored the winning firms of the tender. Also for gifts it had also been processed Héctor Javier Sánchez Caballero, from Iecsa, already Héctor Castro Sirerol, from Comsa, with embargoes of five million pesos.

But the Buenos Aires Federal Chamber annulled the resolution, and ordered Martínez de Giorgi to re-analyze the procedural situation of all the accused.

In this context, and thanks to the signing of the collaboration agreement between the Argentine Public Prosecutor’s Office and its counterpart in Brazil, the Brazilian prosecutors were required to submit documentation related to the burying of the Sarmiento Train. The court must investigate the bribery route to former Argentine officials.

The prosecutor Franco Picardi determined the existence of “simulated contracts”, which the UTE made up of Odebrecht, Iecsa, Ghella and Comsa would have allowed about 5 million dollars to the Private Bank of Andorra. According to the research, that money would later have been used to “pay bribes.”

As they entrusted to Clarion sources of the investigation, the information from Brazil came in two batches. Through the Chancellery, the first shipment contained a CD with several folders with information linked to the case being processed in our country regarding the well-handled contract to bury the Sarmiento train track.

The documentation sent to Buenos Aires was selected by a search engine that was loaded with keywords such as “underground”, “IECSA”, “Argentina”, the companies that made up the UTE and some others that would have been created to channel the payment of bribes.

That set of folders with a lot of documentation -including various financial transactions- is in the hands of an expert translator appointed by the court in charge of Martínez De Giorgi.

But a second shipment from Brazil also entered, which according to judicial sources contains a video that “It would be the confession of Luiz Antonio Mameri”. This is one of the former Odebrecht executives who accepted the accusation awarded in Brazil and confessed before the judge Sergio Moro. The former number two of the construction company for Latin America had assured on another occasion that Javier Sánchez Caballero (member of IECSA) advised Odebrecht executives that they had to make “improper payments” as they began to charge for their jobs. Always according to his story, It was what was agreed with the Planning officials.

The video was also submitted for translation. Sources in the case indicated that the large amount of financial information that was added to the file will be analyzed by the prosecutor Picardi.

The representative of the Public Prosecutor’s Office had already submitted a 70-page report to the court last year, reinforcing the thesis of the existence of a bribery route. “New evidence detected by this party was added, as well as the new material added to the present that confirm, even more, that the UTE made up of” Constructora Norberto Odebrecht SA, Iecsa SA, Ghella Spa and Comsa SA signed two fictitious or simulated contracts with the Spanish firm Detection of Technical Risks, Quality Control and Supervision of Works of Edificación SA (DSC) ”, he said.

The prosecution held that these fictitious contracts allowed the companies transfer $ 4,495,250 to the Private Bank of Andorra “for the payment of bribes on the occasion of the public works for the burial of the Sarmiento Railway ”.

In successive rulings, Picardi stated that the commercial transaction put into crisis “was erected as one more link within a legal and financial gear designed by the firms in question and their members with the sole purpose of specifying the payment of bribes to member public officials. of the then portfolio of the Ministry of Federal Planning and thus ensure the adjudication and continuity of the work ”.

The bribes for the work of burying the train line that connects the Capital with the west of Greater Buenos Aires would have had a floor of 3.3 million dollars for Argentine officials but could have reached 20 million of the same coin; the Brazilians would have had 5 million.

Venezuela: the glossy bill of a million bolívares that is useless for almost nothing

Limitations on mobility could still apply after the state of alarm