Argentina and Messi get stuck against Colombia 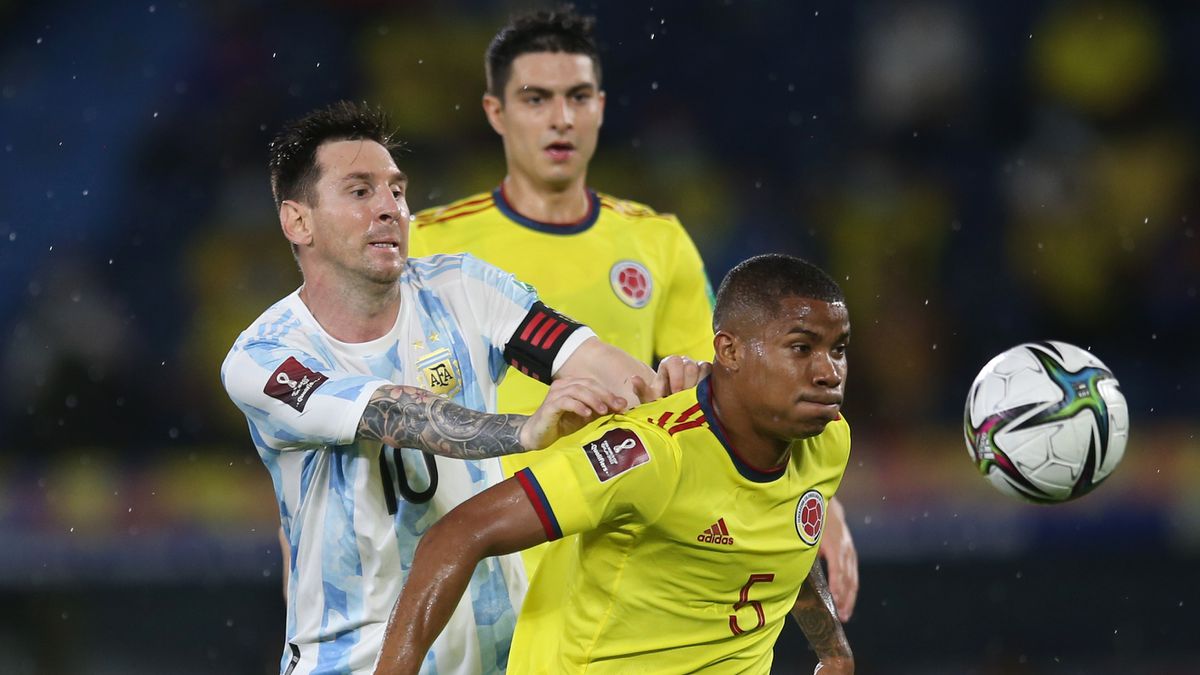 When it seemed that captain Messi could smile again with Argentina, a fierce Colombia crossed him. The albiceleste missed a valuable triumph in the Conmebol qualifying rounds and took home a 2-2 draw that has tinges of triumph for the coffee growers who recovered from a grotesque start. Despite the result, the Argentines remain undefeated on their way to the 2022 World Cup in Qatar.

Messi and his apprentices took to the field with a mallet. In just two minutes, the Argentine Rodrigo de Paul took a free kick that ended in the opportune in front of the central Cristian Romero to leave the goalkeeper David Ospina badly stopped. It was only minute two. And the albiceleste threw the sting again when Leandro Paredes, a fine midfielder, clung to take care of the ball to reach the area and shoot against disoriented Colombians.

The Colombian team has been orphaned by its media figure, James Rodríguez. The former Real Madrid player was not summoned by the coach, Reinaldo Rueda, who removed him from the call to recover from a calf injury. Rodríguez considered his absence a slight and “lack of confidence” on the part of the strategist in the face of the Copa América. And the coffee growers paid it to Argentina.

Colombia suffered in each offensive play due to the absence of a creative architect. At the top, the striker for Atalanta, Duván Zapata, was ostracized. On the right, Juan Cuadrado was trying to light his team with his snatches. The strategist Rueda sent the attacker Luis Muriel to the field, but he still did not wake up the team. Duván Zapata had, in the last of the first half, a small gap to shoot and sent her away from the net.

Argentina lost its starting goalkeeper, Emiliano Martínez, by knockout. The goalkeeper looked for a ball for height and was collided by Yerry Mina. The fall of Martínez on the grass earned him to be replaced by Agustín Marchesín.

In the second part, the Colombians came out energetic. From the bench, Rueda shook his headlines with three more changes to renew the attack with Borja, Cardona and Barrios. Mateus Uribe received a slap from Argentine Nicolás Otamendi that was exchanged for a penalty well received by Muriel. The 1-2 on the board opened the game again.

Messi, the captain, tested Ospina twice. On both occasions, the goalkeeper narrowly denied him a scoring opportunity. Scaloni’s Argentina can also trust Lautaro Martínez. The Inter striker found opportunities to connect with Barça’s 10 to try to find a third goal. But Messi’s biggest role was to slow down to the Tricolor. The Argentine team preferred to play with Colombian despair.

The insistence dressed in yellow. In the minutes of compensation, Colombia attacked to look for a crack. Juan Cuadrado threw the umpteenth center so that someone could beat the centrals. And there Borja emerged to convert the 2-2 that did not reject Marchesín’s gloves.