Are the Brazilian variants of the coronavirus a threat to Latin America? 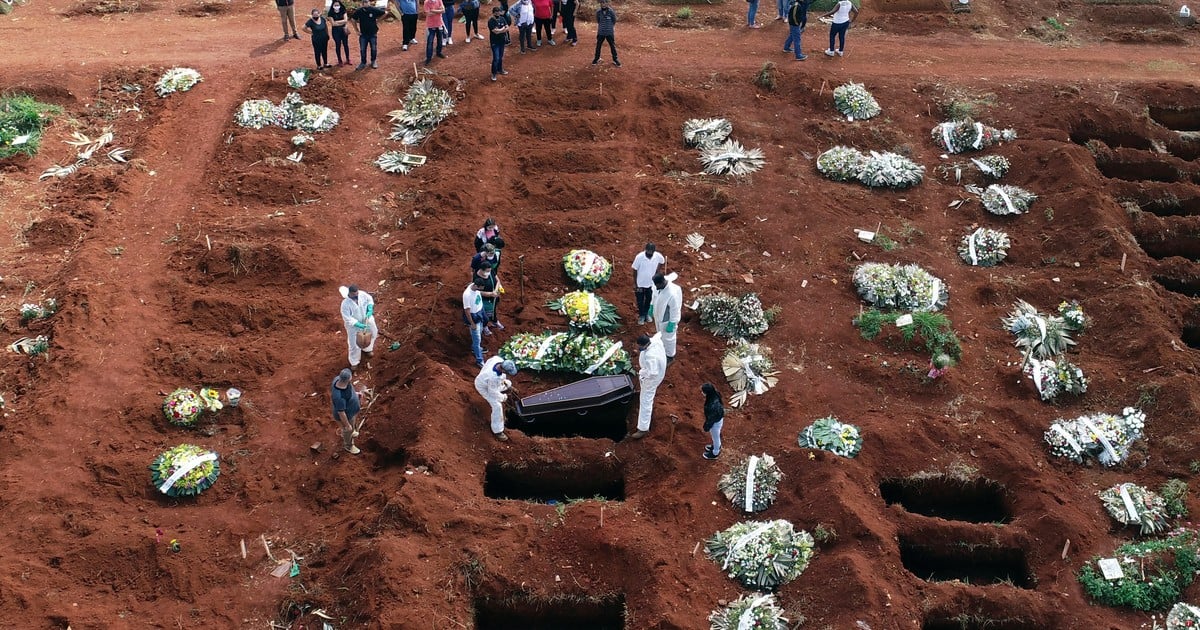 High transmissibility and its ability to affect younger people they are only the tip of the iceberg of the “threat” that, according to experts and health authorities, the numerous variants of covid-19 that have emerged in Brazil may represent for the already limited health systems of Latin America.

The very director of the Pan American Health Organization (PAHO), Carissa Etienne, alerted the press that “South America remains the epicenter of the pandemic ”in that region, thanks, among other factors, to the advance of these variants.

Etienne considered that the reports of increased infections throughout Latin America and the Caribbean, as well as patients from lower age groups in Canada or the United States, raise “concerns about the capacity of health systems to cope with the increase in cases expected with the spread “of Brazilian strains, especially P.1, and the British B.1.1.7.

PAHO warned at that press conference that border countries such as Colombia, Peru, Venezuela, Uruguay, Las Guianas and Guyana, as well as others such as Chile, Argentina and the Caribbean islands, are the points where these mutations could be influencing.

This regional alarm is based, in fact, on the fact that only in Brazil, according to figures from organizations such as the Oswaldo Cruz Foundation, at least 92 variants of the coronavirus, of the more than 900 described in the world, have been detected during the pandemic.

The PAHO chief considered, however, that although this “increase in the number of infections observed throughout the region is alarming, it is no surprise,” taking into account that Latin America it has relaxed its protective measures.

“Highly transmissible variants are spreading, and measures of physical distancing they are no longer so strictly enforced like before. As a result, there are increasing cases of crowded hospitals, shortages of medical supplies and challenges in providing adequate care to patients, ”he said.

For Julián Villabona-Arenas, researcher at the Center for Mathematical Modeling of Infectious Diseases of the London School of Hygiene & Tropical Medicine (LSHTM) consulted by Efe, also “the government’s late response to covid-19 it has turned Brazil into a global epicenter of the outbreak ”.

A family says goodbye to a relative during a burial in the Vila Formosa cemetery, in São Paulo (Brazil). Photo EFE

“If you don’t act quickly now, there is the possibility of accumulating additional mutations that the transmission rates or the severity of the disease increase, jeopardizing the control efforts at the regional and global level ”, he warned.

The scientific director of the Society of Infectious Diseases of the Federal District of Brazil, José David Urbaez, pointed out to Efe that another artist of this “threat” stems from the fact that “those who die the most and often much more quickly they are the most socially and economically vulnerable populations ”.

For Urbaez, “it is an impact that adds to what had already been happening: that the vast majority of Latin American countries were not able to obtain, in addition, a development of more restrictive measures of the movement of people that includes economic support for those who must leave” to seek their sustenance.

Nor is another solution clear to him: vaccination. “To have that protection we must have the total of vaccines in a very accelerated time and we don’t have that. Our countries have huge inequality as a trademark, “he said.

A last great challenge for the region, according to the scientists, is access to reliable and real-time data that allow the precise identification of these regional mutations.

“Many countries lack support to generate large-scale genetic data (describe local variants and their frequency). (…) This is an alert not only for the LSHTM but for the world, ”said Villabona-Arenas, who insisted on limited access to vaccines as an attached challenge.

“If we fail to establish international cooperation, the whole world runs the risk of prolonging the pandemic“As new variants can emerge virtually anywhere transmission is maintained and, in turn, these new variants can spread to places that are on the road to recovery,” he completed.

According to experts, the first thing to understand is that the coronavirus “instructions” are written with about “30,000 letters” and, when a virus makes copies of itself, sometimes one of them changes and generates mutations.

A virus with one or more new mutations is called a “variant”, and in the case of SARS-CoV-2 its number is “extremely high and difficult to quantify”Villabona-Arenas explained.

According to the researcher, there are some known as variants of concern (VOC), whose mutations make the coronavirus more transmissible or more virulent or reduce the effectiveness with which antibodies neutralize it.

In Brazil one of these VOCs is P.1, that circulates at a very high frequency.

“P.1 is considered dangerous because it has been documented that it can be between 1.7 and 2.4 times more transmissible, and that previous infection with other variants provides between 54% and 79% of protection against infection by P. 1, so there is a good chance of reinfection “, closed the Colombian scientist.

Corona vaccine is capable of all strains

Hockey Goalkeeper Frans Tuohimaa does not continue in HIFK, said goodbye to the club’s Instagram