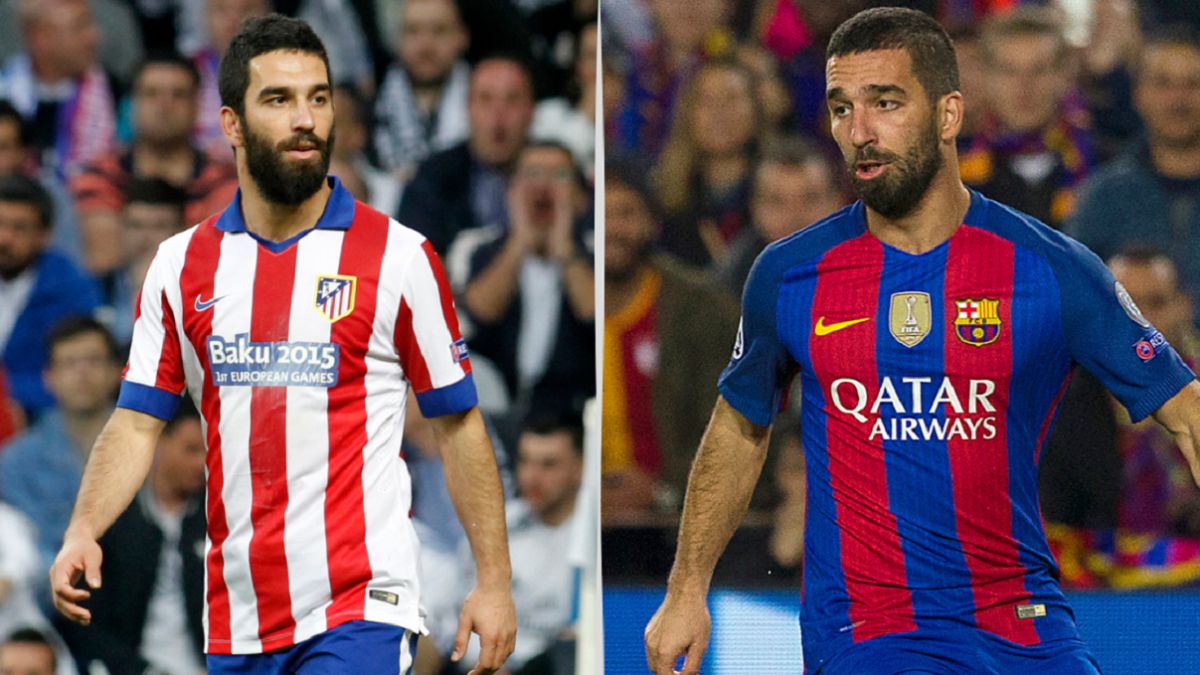 The departure of Arda Turan from Atlético de Madrid continues to be a traumatic event for the mattress fans. The Turk left the rojiblanco team after four seasons as a fundamental piece in Simeone’s scheme, the player with the most class and who held the baton to set the pace of the team and accelerate it when necessary, but pause it when the party requested it with his ability to protect the ball and hide it like a magician. In 2016 he looked for a less physical and more technical football in Barcelona, who paid 34 million for his services, but of blaugrana never got to be the shadow of the Arda that so many times stood up the stands of Vicente Calderón and for which a replacement has not yet been found.

At Barça, despite his good numbers in front of goal in his second season, said goodbye to elite football, before returning to Turkey, starring on the covers of the media in his country more for extra-sports problems than for his performance at Basaksehir, where he played on loan, still under contract with the Catalan club, before ending their bonding and returning to Galatasaray. In the team that saw him leave and that currently captains at 34 years old, he has recovered a certain essence of his game, where he has played 31 games and scored three goals. A career with Galatasaray as the start and start, but with its greatest brilliance and recognition at Atlético, where he arrived in the summer of 2011 with the poster of a talented but wayward and hard-working player.

Accommodated to the band, Atleti ended up finding the director of their attacks, who always put the collective benefit above their own interest. If a more focused position close to the midfielder had been his ideal place in Turkey, with Simeone he adapted to playing indoors with total freedom in attack, with Filipe or Juanfran constantly doubling and allowing him to enter inside, but a tremendous physical display also in defense, where Arda did not save a career. Something that made him so special and loved by the mattress fans, who found a gifted player with the character and work of a pawn. In his first rojiblanco season The Europa League arrived with Arda and Diego Ribas moving the team and with a counterattack style without sacrificing touch and quality in the middle to bring the ball in conditions to the area to a spectacular Falcao, escorted by the best Adrián.

The Brazilian would leave, but Koke would take the reins in a new system with two points (Falcao and Diego Costa) and a more academic 4-4-2, with Tiago or Mario and Gabi holding the double pivot and Arda and Koke’s work and quality of interiors. He first won the European Super Cup and then the King’s Cup, defeating Real Madrid in an excellent Turkish final, a giant when it comes to holding the ball and giving an outlet to the team capable of tempering any rival who wanted to snatch the ball from him. A year later, LaLiga and the Champions League final would arrive with an Arda who scored nine goals, including one in the semifinals of the top European competition to knock down Chelsea at Stamford Bridge. Atlético would take the league title with their draw at the Camp Nou, although they had to pay the toll with the injuries of Arda and Costa for a Champions League final that he ended up losing in extra time (the Spanish-Brazilian played diminished the first eight minutes).

After a last season in a new Atlético, already without Filipe, Diego Costa (two of his great friends on the squad), Courtois or Villa among others on the squad, lifted one last title with the Spanish Super Cup before saying goodbye to the rojiblanco club with 178 games played, 22 goals and more than 30 assists, being indisputable in the onces of Simeone year after year. It would not be like that in Barcelona, ​​where in his second season he scored 13 goals, the best figure in his career, but it would hardly have an impact on the game, in a team where he did not enjoy a specific position and the talented players dand Iniesta, Rakitic, Neymar, Messi … they left him with hardly any space. He played 55 games for Barcelona, ​​increased his record with a League, two Copas del Rey, a Spanish Super Cup and a European Super Cup, although its prominence would be much lower than in the rojiblancos titles. Until, in his third season, Ernesto Valverde made it clear that he did not have him.

Without any buyer to recover part of the investment made by Arda, Barcelona yielded to Basaksehir to, at least, save part of their card. On his return to Turkey, the worst face of a player who had lost his category could be seen, in a physical condition very far from his best version and who monopolized scandals on the field and off it. 16-game penalty for pushing a linesman… and a conviction of two years and eight months in jail for shooting a gun in a hospital after a brawl in a nightclub, a sentence that will not lead to imprisonment unless he commits a crime within a period of five years.

A different player, with a character that Simeone knew how to tame and take advantage of to get the best version of an Arda whose great nights came in a Calderón that turned him into one of the most special footballers who have worn the Atlético jersey in this 21st century and with which a part of the fans has been identified with which it was delivered during four of the best years in the club’s history. A more shooting star than it could have been, but one that left a legion of ardaturanists behind their backs.

Economy - Cuba is fighting to recover its emblematic sugar industry, affected by US sanctions.

Raphinha in the joy of The Fool

Foreign policy President Niinistö: Although the worst tension on the Ukrainian-Russian border will be triggered, the crisis will remain