Architecture Kirkkonummi got a new library – The building, named after the steamship’s fireplace, hides the entire old main library Kirkkonummi’s new library in Fyri has a main library, a resident park, youth facilities, a music play school and a café run by the municipality’s employment unit under the same roof.

Kirkkonummi the new library building Fyyri, which recently opened its doors, is located in the area of ​​the new town hall, medieval church and market square. It’s like a counterattack to a supermarket on the south side of the highway, the traditional market center of the municipality.

The name of the library building, which opened to visitors in October, was created on the basis of an idea competition. In Finnish, “fyyri” means the stove of a steamship, and it also resembles the Swedish word for “lighthouse”.

Large hall in the adult section. All lights are individually designed for the subject and are brass.­Picture: Jussi Helttunen

Under the same roof in Fyri are the main library, the residents’ park, the youth facilities, the music play school and the café run by the municipal employment unit.

The library’s architecture and art reflect the building’s themes, ie the archipelago, the sea and the Porkkala area. If the old library, which was previously located on the site and was completed in 1982, turned its back on the old stone church, Füri will instead open towards the church from one side. The green oxidized copper roof of the church speaks the same language as the copper facade of the library.

Library building is designed by JKMM Architects. He worked as the chief designer in the design Teemu Kurkela, as a project architect Jukka Mäkinen and as an interior designer Tiina Rytkönen.

According to Mäkinen, the project was exceptional in many respects, as there were several future user groups in the library.

“The old library was left inside the new building because we wanted to solve the design task so that the new and the old would be integrated into one whole. The same façade material binds the whole together, ”says Mäkinen.

The media department on the 2nd floor has access to the outdoor terrace. To the right behind a large window is a quiet space.­Picture: Jussi Helttunen

The media department on the second floor has access to the outdoor terrace.­Picture: Jussi Helttunen

“This also seemed like a cityscape-based, best solution. Because the space program was extensive, we were able to use the plot in a valuable location as efficiently as possible. ”

The architecture and art reflect the building’s themes, ie the archipelago, the sea and the Porkkala area.

Old the library’s building technology was at the end of its service life. The exterior walls and interior surfaces also had to be replaced.

“The goal was not to notice the difference between the old and the new. For example, with the help of works of art, we have been able to erase restored old parts. An artist in the main lobby Petri Vainion The Sinne-Minne light art work made of birch veneers connects the old and new parts of the architecture, ”says Kurkela.

During the design process, many different options were explored. The space structure of the old part was changed to provide additional space for the children’s and young people’s wards. The adult and media departments, on the other hand, moved from the old building to the new one.

There is a large reading staircase in the main lobby. The ceiling features a Sinne-Minne artwork by artist Petri Vainio made of birch veneers.­Picture: Jussi Helttunen

“It was challenging to find solutions for the junctions of old structures and new parts. In addition, the old building always contains implementations and details whose original plans are not exactly right, and the structures need to be opened and cleared, ”says Mäkinen.

“For example, with works of art, we have been able to erase restored old parts.”

Because the floor rates were to be kept unchanged and the floor heights of the 1980s were lower than today, the first floor of the new building had numerous tight spaces for building installations.

“In part, the expansion was done on top of an old single-story wing, so more load-bearing structures were needed for this and the future reading area. In these areas, the floors of the old building had to be opened due to additional piling. The piling machine was brought inside the building, ”says Mäkinen.

“The new part has a dense pillar and beam, all of which are slim and thin in dimension. The whole structural system and the related civil engineering challenges were made successful with the help of a good structural designer. ”

One difficulty with the beams was their height, as the tallest were 120 centimeters. It caused its own commercial benches for building technology installations, for example.

The 50-meter-long reading table in the adult section is made of decorative concrete. The lights are integrated into the structures.­Picture: Jussi Helttunen

“The beam spacing is only 40 cents, so slender installers were needed for building technology installations, work from below.”

It was also important to stiffen the structure and prevent buckling. The northeast side of the building has 100 pillars and 99 narrow windows between them.

“Between the pillars, buckling supports were placed so that the pillar system would function as a civil engineering entity.”

Municipality had once selected Rakennus Omera as the contractor for the site, which went bankrupt in the middle of the project in March 2019. The difficulties were already visible on the site before that, for example as schedule problems.

“The site was emptied in one day and the municipality took the reins. The continuation of the project was re-tendered, and SRV Rakennus was selected as the new contractor. We made new contract documents, which defined the construction work already done and belonging to the next contractor, ”says Mäkinen.

The completion of the library was delayed by about a year due to bankruptcy. The new contractor also had to rectify the incompleteness and shortcomings of the previous phases.

“The library has a lot of unique solutions and details. There is little recurrence compared to many new projects, where the amount of detailed design is much more limited, ”says Kurkela.

The materials emphasize white concrete, oak molding and brass, which emphasize architecture inside. The net-like shape of the copper cladding of the façade, in turn, is associated with the fishing net.

■ The final costs will be determined during 2020 and will depend on the claims for the bankruptcy of Rakennus Omera and the amount received from the construction security.

■ When the library project was decided, the cost estimate was about 10 million euros. 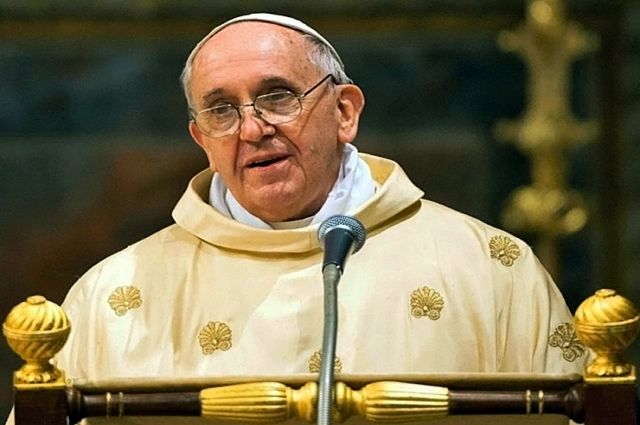 Cancer diagnosis for Putin? Kremlin insider claims that his successor will be announced in January