Appointment of Mauritanian Qasim Wan as UN envoy to Mali 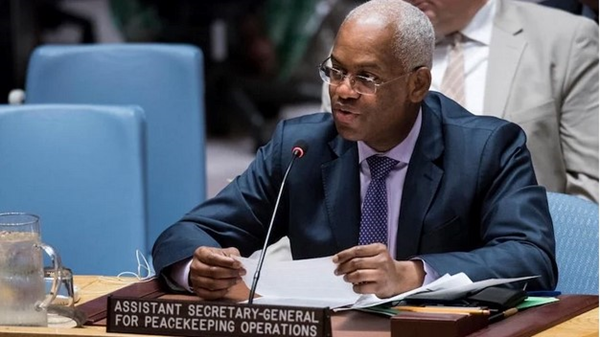 United Nations Secretary-General Antonio Guterres, a Mauritanian diplomat, Al-Qasim Wan, has appointed a new envoy to Mali, where he will manage one of the UN’s largest peacekeeping operations.
The United Nations said that Al-Qasim Wan, during his career, held positions in international organizations, especially the African Union, between 2009 and 2015 and then from 2017 to 2019 and in the Peace Operations Department at the United Nations from 2016 to 2017.

Wan conducted for the United Nations, in recent months, heading a team, an independent strategic study of the United Nations peace mission in South Sudan, which is one of the most expensive operations for the organization in the world, and recommended reducing its number, but the UN Security Council did not take this recommendation.
The United Nations stated, “Wan is known for its loyalty to the African Union, and its support for African solutions to African problems.”
Wan replaces former Chadian Foreign Minister Mohamed Saleh Al-Nadif, who may run the United Nations Office for West Africa and the Sahel, based in Dakar, Senegal’s capital.
The United Nations Mission in Mali “MINUSMA” includes about 14,500 soldiers and police deployed in the country. And renewed annually in June.

Jean Paul Strauss confirms that he contracted COVID-19: “I will fight the good fight”