Appointed by Minister Martín Soria, Attorney Eduardo Casal fights and is not going to resign 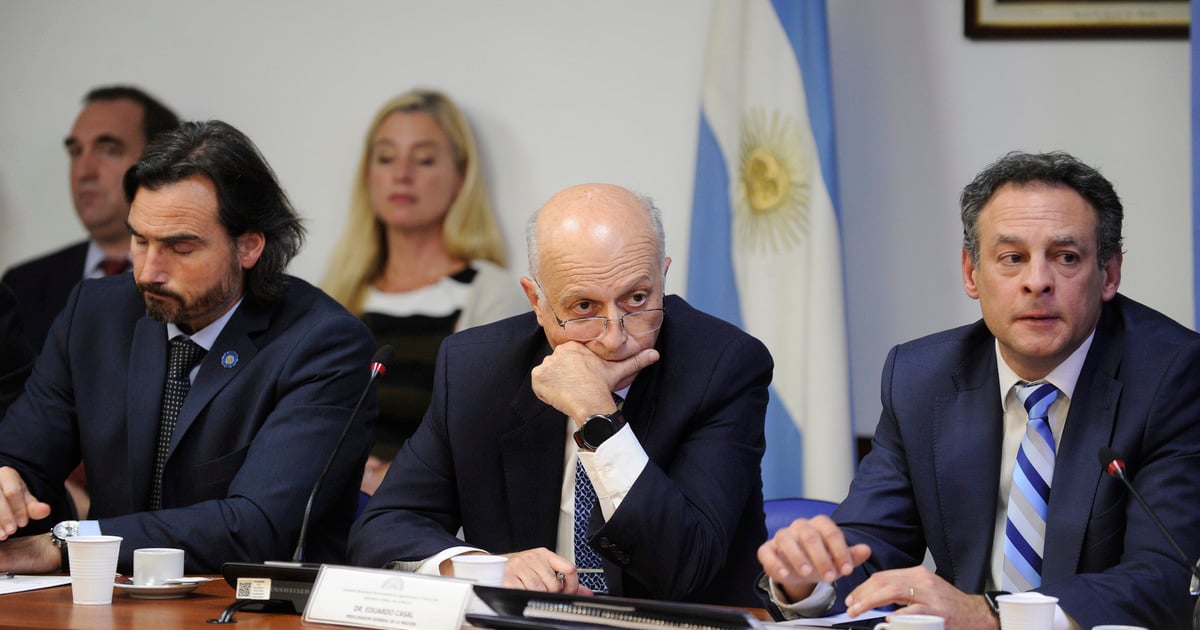 It is not the first time that Kirchnerism has placed him at the center of the scene. The attorney general Eduardo Casal, who has held the position on an interim basis for more than three years, was the focus of criticism from the appointed new Minister of Justice Martin Soria who said the chief prosecutor is “screwed in the chair” and that “no one chose him”. From the Procuratorate they maintained that resignation is not an option, “because another interim will come back and the position is vacant, the government does not get the agreement to have an incumbent“.

“This is a problem of politics,” Casal repeats to his team. These words are echoed by several federal prosecutors, and they were heard again this Tuesday after the criticism made by Martín Soria, the designated Minister of Justice.

The interim Prosecutor admits to being used to criticism from the ruling party, but that does not mean that he calmly assumes what he calls “constant pounding”. “The problem is not personal, is the institutional damage“They explain from their surroundings. Kirchnerism seeks to advance in Congress with the modification of the prosecution law and with a central point: the number of votes that the Attorney General will require to be appointed.

The modifications that alter the functioning of the Public Prosecutor’s Office are those that concern Casal. The interim Prosecutor maintains that due to the decisions taken during his administration, they will not be able to dismiss him, but that the changes that Kirchnerism seeks to make they threaten the spirit and independence that should govern the body of prosecutors, which includes more than 5,000 employees.

Eduardo Casal took office in November 2017, when after a leave of absence Alejandra Gils Carbo announced that he would no longer return to office. As Acting Attorney, he waits for the Government to reach an agreement and appoint someone to his post on a permanent basis. For that, until now they are necessary two thirds of the senators present at a session, a qualified majority that the ruling party does not have.

This Tuesday, in statements to Radio 10, Martín Soria pointed against Casal and indicated that he will work to “reverse this situation of having an interim Attorney General, who no one elected, bolted to that chair.” “That is why we presented the project to modify the law of the Public Prosecutor’s Office or the judicial reform project. But of course, we have an opposition that is not willing to give the debate and the changes“he admitted.

The criticisms had their reply in the Attorney General’s Office. “The problem is not the interim attorney, but the statement of Daniel Rafecas (Alberto Fernández’s candidate for the position), does not obtain consensus and has been in Congress for more than a year: the problem is that the ruling party cannot achieve two-thirds to appoint a new attorney, “they indicated.

But they also referred to a particular expression, when Soria said that Eduardo Casal is “screwed to the couch.” From the environment of the Interim Prosecutor they recalled that it is true that “no one elected him, that he occupies the position because the law of the Public Prosecutor’s Office so orders it, when the holder is not, the interim is in charge of the Fiscal Attorney before the oldest Court“.

From the office of the head of the prosecutors they broaden the focus of the analysis. The macrismo did not manage to appoint the attorney because it did not obtain the agreement for Inés Weinberg. The current administration is following the same path, with one difference: “the previous government needed Gils Carbó to leave to appoint the new Attorney, now the position is vacant because Casal is interim,” indicated a senior source from the Public Prosecutor’s Office. In this context, the phrase “this is a problem of politics, let politics solve it.”

Therefore, they insisted that Casal’s resignation is not an option. “It is not the way, much less the solution because the Government will continue with an interim Attorney because it is unable to build the necessary consensus to designate the President’s candidate.” In this sense, judicial sources indicated that with the same care that “they pour out their criticisms, they should be concerned with obtaining consensus.”

The impact of Martín Soria’s criticisms was no less. Near Casal they understand since with their sayings “it does not seem to respect the Independence of powers, because the place is free then it should allow the Legislative Power to obtain the necessary votes to designate the incumbent Attorney”.

Casal resists and despite having his retirement process concluded, he will not leave office until he assumes his replacement under the conditions that the current law requires.

The expert spoke about the safe use of plastic containers

Murray, when he retires: caddy or soccer coach