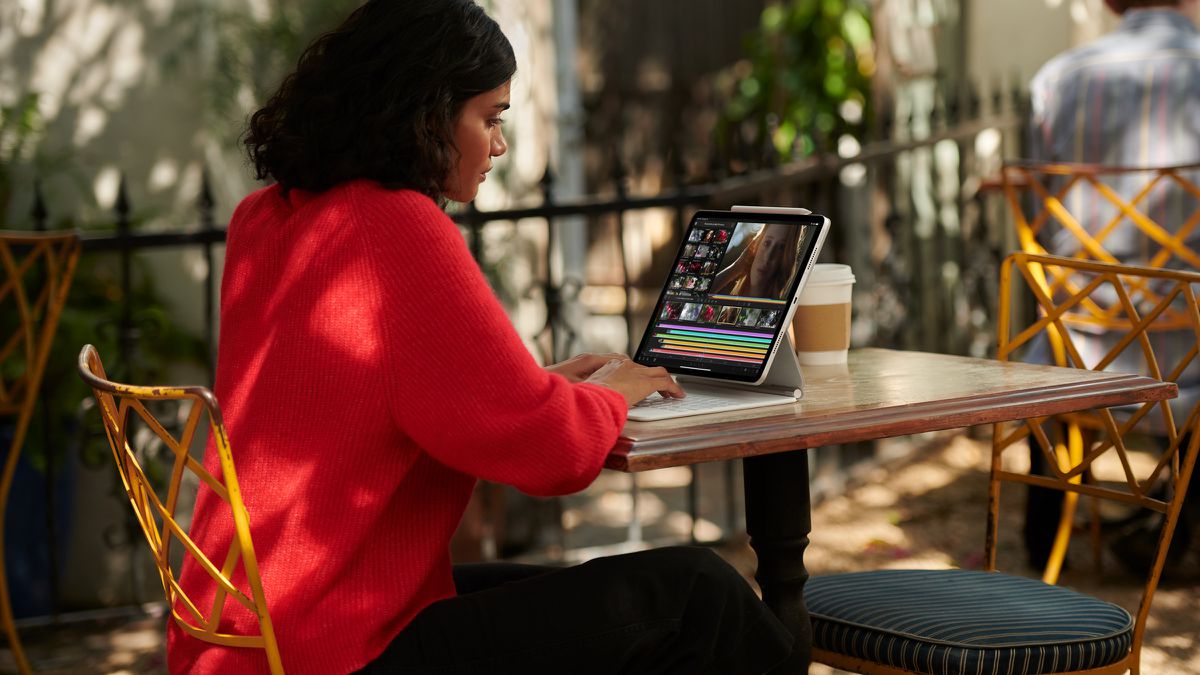 Apple is usually the leading company in the tablet market. In the fourth quarter of 2020 it reached a 36.5% market share, according to the consultancy IDC. While in September last year it presented the iPad Air, this Tuesday it was the turn of the new iPad Pro. The Cupertino company has announced in a virtual event that its new tablet will incorporate an improved screen and the M1 chip, developed by the company itself. company and present on some of their computers. It has also shown the new AirTag, a kind of keyrings that are used to locate belongings with the mobile. And for a tip, a purple iPhone 12.

The presentation was made at the company’s headquarters, Apple Park, which is in Cupertino (California, USA). Steve Jobs entrusted the architect Norman Foster with the creation of his dream space, a large circular 2.6 million square meter warehouse dedicated to offices for more than 12,000 employees. Before the pandemic, Apple used to hold public events there. But the situation generated by the coronavirus has forced the company to rethink its presentations and make them in a on-line.

Last year, at one of these events, Apple presented its first computers with Apple Silicon processors, based on the ARM architecture and designed by the technology itself. The first chip of this type is called M1. “The reception of the new M1 Macs has been impressive,” said Tim Cook, Apple’s CEO. Now the M1 comes to the iPad Pro and the company’s promises are ambitious: supposedly its most powerful tablet “can do the tasks of a Mac.”

With an eight-core CPU – a component that would be the brain of the device – Apple promises up to 1,500 times faster graphics and a 50% improvement in performance. In addition, the iPad Pro, which is compatible with 5G networks, has 16 GB of RAM and up to 2 TB of storage. The USB-C port now also supports Thunderbolt. That is to say, in principle, users will be able to enjoy a higher connection speed when transmitting data.

As the leaks pointed out, the new iPad Pro also debuts a Liquid Retina XDR screen in its 12.9-inch model. Apple has included more than 10,000 miniLEDs in this screen and considers that “there is no equal in a mobile device.” “The result is an astonishing viewing experience that reflects what can be seen in the real world by capturing the brightest lights and the finest details even in the darkest images,” he says.

The device has a 12 megapixel front camera. Apple has introduced a feature called center stage that uses machine learning to recognize and keep users focused on the frame during a video call. As these people move, the focus shifts automatically. When multiple people are involved, in theory the camera detects them and gently zooms out so that they are also part of the conversation.

The 11-inch version of the iPad Pro can be purchased from 879 euros. The 12.9-inch model starts at 1,199 euros. It will be possible to reserve both devices from April 30 and they will be available in the second half of May.

From AirTags to a purple iPhone 12

In recent months, every time Apple announced a new event, it was rumored that it would unveil object locating devices: the AirTags. The moment has finally come. These devices, which have a circular shape, are designed to be placed in those belongings that users usually lose or leave in different places. For example, a key ring, a purse or a wallet.

Apple ensures that it will be possible to locate these objects at any time with the smartphone. The user can check on the mobile how far they are to find them. The goal of the technology giant is to stand up to the company Tile – popular for making this type of device – and Samsung and its Galaxy SmartTags. The new AirTags can be booked from this Friday and will be available from April 30 for 35 euros. They can also be purchased in a pack of four devices for 119 euros.

Apple has also used the event to make other announcements. For example, it has unveiled a new paid podcast service designed to allow users to support content creators. He has also indicated that the iPhone 12 and iPhone 12 mini will be available in a new color – purple – and has shown a new computer that has been designed with the M1 processor in mind from the outset.

The new iMac, which will be available in seven striking colors, has a 24-inch screen and stands out for its thinness. Apple claims that this device has the best camera (1080p) and the best microphone system on a Mac. All three microphones, according to the company, can ignore background noise and focus on the user’s voice. The new Magic Keyboard is highlighted by a fingerprint reader in the upper right that allows you to log in. The iMac, whose price starts at 1,449 euros, can be reserved from April 30 and will hit the market in May.