Apartments in Moscow began to be massively sold with discounts 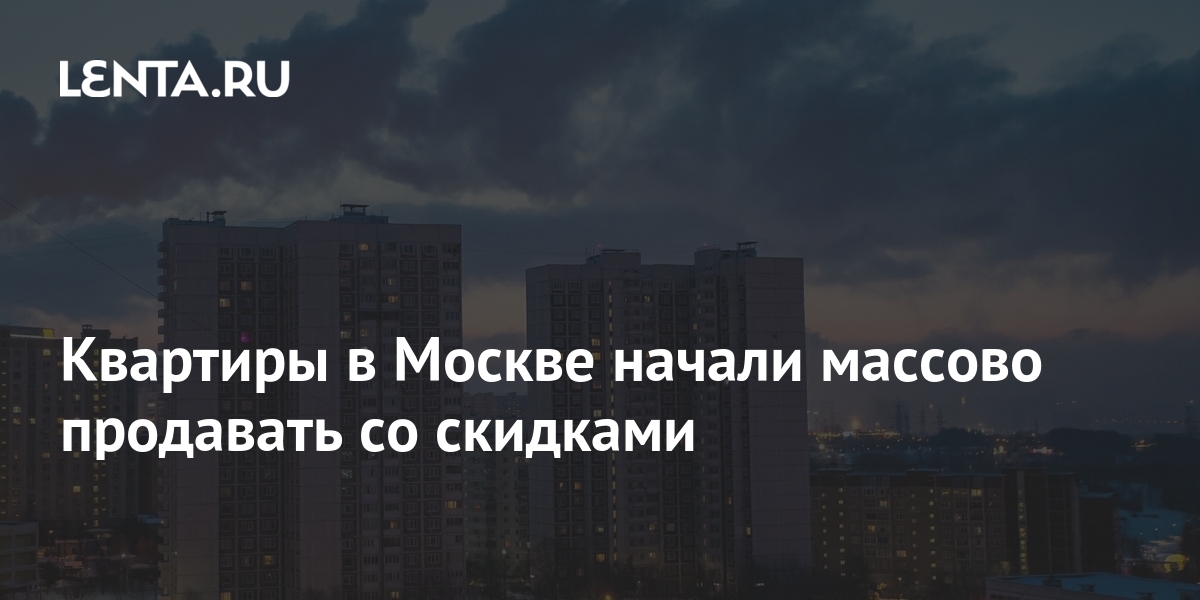 In July 2021, every second transaction on the secondary housing market in Moscow was carried out with an adjustment of the initial price, the average discount was five percent, the maximum was 35 percent, follows from the materials of the MIEL agency provided to Lente.ru.

According to realtors, prices for finished apartments in the capital over the past year in most districts have increased by more than 20 percent. In absolute terms, the cost per square meter has added about 40-50 thousand rubles, depending on the administrative district. But last July, apartments began to be massively sold at a discount from the originally announced price.

In total, about 38.9 thousand objects are currently being sold on the secondary market in Moscow (within the old borders) – less than a year ago. “The reduction in supply was facilitated by low rates on mortgage loans and an increased interest in such a tool for solving the housing issue. This led to the washing out of the objects from the exposition and the rise in prices, ”the experts explain.

Earlier it was reported that the secondary real estate market in Moscow was flooded with “tourists” – people who look at apartments, but do not buy. This speaks of the growing uncertainty of citizens in the future, analysts say.