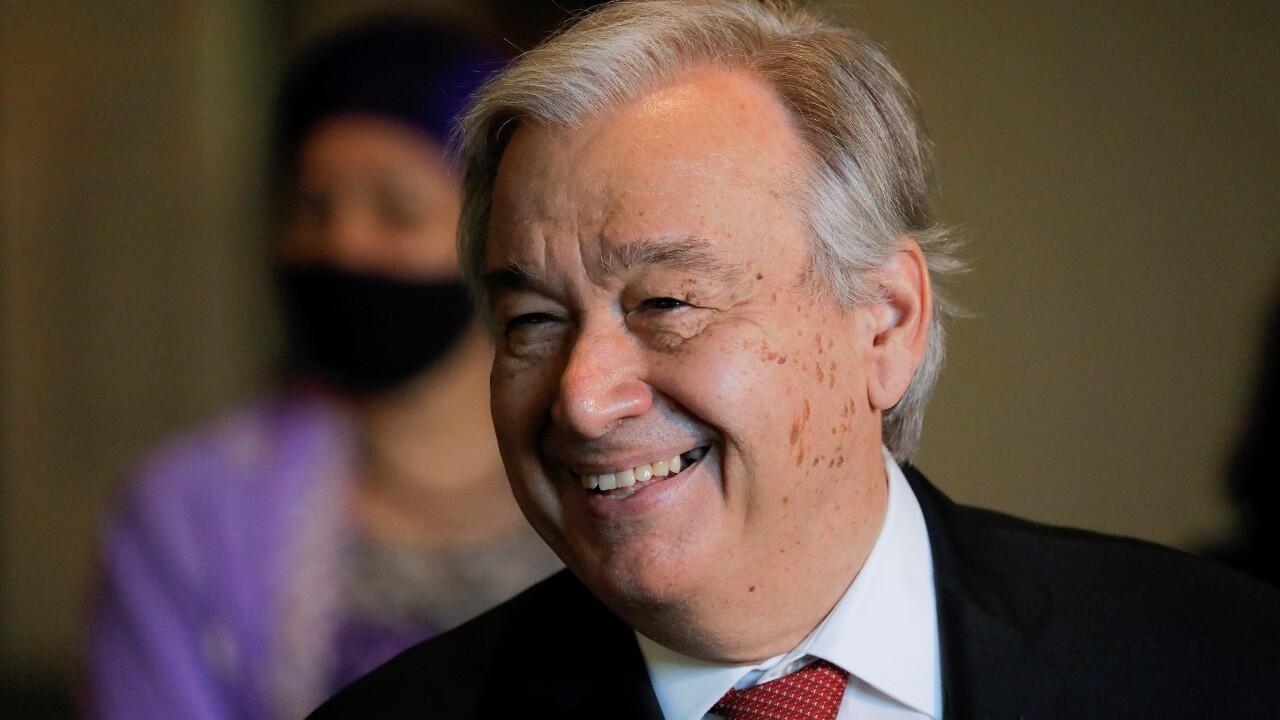 Through a vote, the 193 members of the United Nations General Assembly confirmed Guterres for a second five-year term as the body’s secretary general. After his re-election, the Portuguese called for international cooperation in the face of the main global challenges, including climate change and the recovery from the Covid-19 pandemic.

Unanimously and as expected after the recommendation made by the UN Security Council at the beginning of this month of June, António Guterres was re-elected as secretary general of the organization. His second stage in office will begin on January 1, 2022.

Immediately after his re-election was confirmed, Guterres was sworn in and delivered a speech in which he urged United Nations member countries to “do everything possible to overcome the current geostrategic divisions and dysfunctional power relations.”

“I am deeply honored and grateful for the trust placed in me to serve as Secretary-General of the United Nations for a second term,” he later posted on his Twitter account.

I am deeply honored and grateful for the trust placed in me to serve as the Secretary-General of the United Nations for a second term.

Serving the @A is an immense privilege and a most noble duty.


The former prime minister of Portugal indicated that the most important lesson he learned in his first term is the need to rebuild solidarity and, “if there is something I need to do better in my second term, it is to make sure I do everything possible to rebuild trust. , trust between governments, trust between people and institutions and trust in the United Nations, “he explained.

Guterres called for international cooperation in the face of “a series of dramatic fragilities”, referring to the pandemic, climate change, anarchy in cyberspace and the geopolitical divide. He emphasized that all of this must be addressed by uniting the nations of the world and strengthening multilateralism.

“This is a time to understand that each country alone cannot do anything (…) that countries must unite,” he said, stressing at the same time that “rebuilding trust is the way to make the impossible possible. If we remain divided , the impossible will remain impossible and the frailties of this world will present itself in greater suffering for people, especially for the most vulnerable of the vulnerable. “

Guterres swore in his second term amid praise and petitions

US Secretary of State Anthony Blinken and German Chancellor Angela Merkel praised the Portuguese’s leadership during his first term as head of the UN.

Blinken called Guterres a “results-oriented” leader and “capable in a demanding role” (…) the United Nations is an indispensable anchor of the multilateral system in which countries work together to face unprecedented challenges such as the pandemic, the climate change, human rights, development, migration and humanitarian crises, “he stressed.

For her part, Merkel praised the Secretary General’s commitment to peaceful solutions to conflicts, climate protection and “innovative solutions to global problems” that, in her opinion, he achieved in his first term.

He also highlighted Guterres’ support to establish the installation of the Covax mechanism to bring vaccines to the poorest countries. “The coronavirus pandemic in particular has shown us that the ability of the United Nations to react quickly to current challenges is essential,” said the German leader.

However, the Portuguese diplomat has also come to be criticized for actions during his first term in front of the UN.

Among them, not blaming Russia, China or the United States – whose support he needed in the vote – especially on human rights issues, including Beijing’s crackdown on Uighur Muslims in Xinjiang and Moscow’s attacks on opponents.

The “America first” policy of former President Donald Trump also failed to point it out, when in the eyes of international NGOs this contradicted Guterres’ insistence that nations can only solve problems by working together.

With a second five-year term secured for Guterres, the director of Human Rights Watch at the UN, Louis Charbonneau, stated that the secretary general “should start calling all governments that commit human rights abuses, including those that are powerful and protected. “

J Balvin: “I think that musicians have saved more lives than any psychiatrist”