António Guterres, the Portuguese of discretion and political ability, goes for another 5 years at the head of the UN 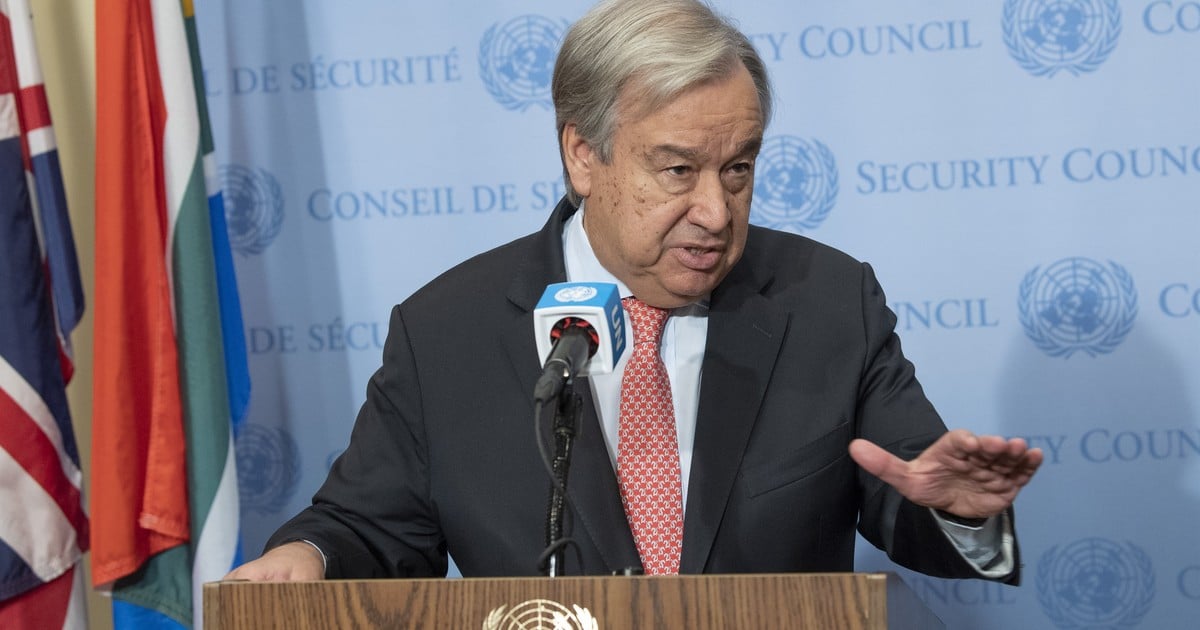 A clear vision of global problems, a commitment to discreet diplomacy and large doses of political skill have allowed António Guterres to navigate all kinds of crises at the head of the UN and, at the same time, preserve the support from the international community to secure a second term as secretary general of the organization.

The 72-year-old former Portuguese prime minister was re-elected this Friday by the General Assembly and in January he will start his second and last period five years as head of the United Nations.

Although there have been exceptions, in recent decades almost all UN Secretary-Generals have enjoyed two terms in a row, but few have managed to emerge from their first financial year with a reputation as intact as Guterres maintains among the Member States.

Antonio Guterres in January will begin his second and final five-year term as head of the United Nations. Photo: dpa

He has done so thanks to a political capacity that he had already demonstrated during his time in Portugal, where he was the only prime minister capable of ending a legislature without the majority support of the Assembly of the Republic, and that has allowed it to maintain support in an extremely divided international scene.

Faced with major crises, the UN Secretary General has preferred to work behind the scenes and do not get burned personally in conflicts of very difficult settlement such as those in Syria or Yemen or entrenched issues such as those in the Middle East or North Korea.

On one of the few occasions in which he chose to directly assume a greater role, the experience was anything but successful: in April 2019 he traveled to Libya to try to advance the political process and, while he was in Tripoli, Marshal Khalifa Hafter launched a military offensive against the capital.

Guterres, who has extensive experience in the field having spent a decade as UN High Commissioner for Refugees, immediately traveled to Benghazi City to try to stop it, but returned to New York empty-handed.

His arrival at the United Nations coincided with the landing in the White House of Donald Trump (2017-2021), a harsh critic of international institutions and that, from day one, dynamited several global consensus and used the trump card of the UN budget to do politics.

USA is by far the country what more money brings to the organization and the socialist Guterres had to spin fine to avoid an enormous crisis, avoiding the clashes with a leader situated in his ideological antipodes.

He has also had to deal with a growing gap between Washington and Beijing, which has complicated progress at the UN and which, according to the Secretary General himself has warned on more than one occasion, threatens to leave a world totally divided into two.

And, of course, with a Security Council very fractured and that it remains locked in the main conflicts it deals with, but where Guterres continues to have broad support.

Antonio Guterres speaks at the UN in 2020. Photo: AP

“We have all seen the Secretary General in action and I think he has been an excellent Secretary General,” the current President of the Council, the Estonian Sven Jürgenson, recently pointed out, highlighting his character as a “bridge builder” and his ability to “talk to anyone”.

There have been very few occasions in which the Portuguese has directly criticized governments or leaders and, in general, has left in the hands of the High Commissioner for Human Rights, Michelle Bachelet, the most forceful responses to serious violations and abuses.

That is one of the issues that human rights organizations reproach him the most, who trust that in his second term – already freed from the burden of having to seek re-election – a Guterres will be seen. more frank.

The headquarters of the UN General Secretariat in New York. Photo: Reuters

“For Guterres to be remembered as a defender of the human rights of the oppressed, will have to leave the silence and inaction and being willing to tell all governments, including the most powerful, what they don’t want to hear, “says Human Rights Watch (HRW) executive director Kenneth Roth.

Meanwhile, the Portuguese politician has stood out as a great leader in some of the main global challenges, such as climate change, the effects of the digital revolution or the fight against inequalities, issues that he has placed at the top of his agenda.

“He is a practical thinker”says the Spanish ambassador to the UN, Agustín Santos, who highlights Guterres’ “enormous capacity” to synthesize these global needs in an action program.

This ability to identify and offer answers to the great questions of this era and to place them above geopolitical competition is to a large extent what has allowed it to retain the support of all regions and of the great powers in such a polarized time like the current one, Santos points out.

The COVID-19 crisis has become the immediate high priority for Guterres, who has stood out as a key voice in calls to ensure vaccines for all and for the recovery to lead to a more just world.

Ahead has five years a priori most favorable, with an American government more committed with the UN and with the freedom of knowing that you no longer have to keep anyone happy.