The members of the Antílopez group.

This Friday, the bands Guadalupe Plata and Bigote Chino put the rock touch to the ‘Xtraordinary Nights’ of the El Batel Auditorium in Cartagena with a double concert to which the duo Antílopez will join on Saturday. All of them will perform on the Terrace of the Wall of the Cartagena auditorium, as part of this summer concert cycle, as confirmed by the Cartagena City Council yesterday.

Guadalupe Plata is considered the most international Spanish ‘underground’ band. Work, militancy and a manifest passion for the classics are the premises with which its components work since in 2007 they began this musical journey, performing in all kinds of stages and editing songs that have ended up giving shape to six albums of blues, psychobilly and rock.

Those from Úbeda will be supported by the Murcian group Bigote Chino, a project made up of musicians Alberto Charro, Antonio Viwe, Víctor Martínez and Luigi García that has just seen the light of day. His first ‘single’, ‘Listo’, was released this year. His songs are direct and light, with an evident taste for psychedelia and pop from the 60s and 70s. 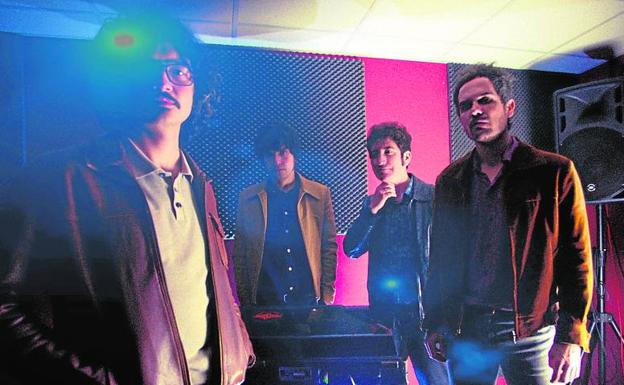 The ‘Xtraordinary Nights’ cycle will continue on Saturday with Antílopez. The artist duo has their own concept of author songs, carefree but with direct messages, whose scene is characterized by a touch of post-musicalism.

While waiting for the release of their next work, ‘Mutar fama’, which the duo is gradually unraveling with the publication of several of their songs, Antílopez is touring with the show ‘Lista de reproduction’, a «gourmet repertoire» , define the organizers of the El Batel concert cycle, which includes songs from all the duo’s previous albums.

Both days of concerts will begin at 9:30 p.m. Tickets, at 20 euros, are available both at the auditorium box office and through its website: www.autitorioelbatel.es.

The ‘Xtraordinary Nights’ will continue next week with live performances by Los Fusiles and Los Bengala, and Maren. For the end of the month the performances of the company Yllana, and Izaro and Amateur are scheduled.