Anticovid vaccines: the Government signed an agreement with Sinopharm for 6 million doses for June and July 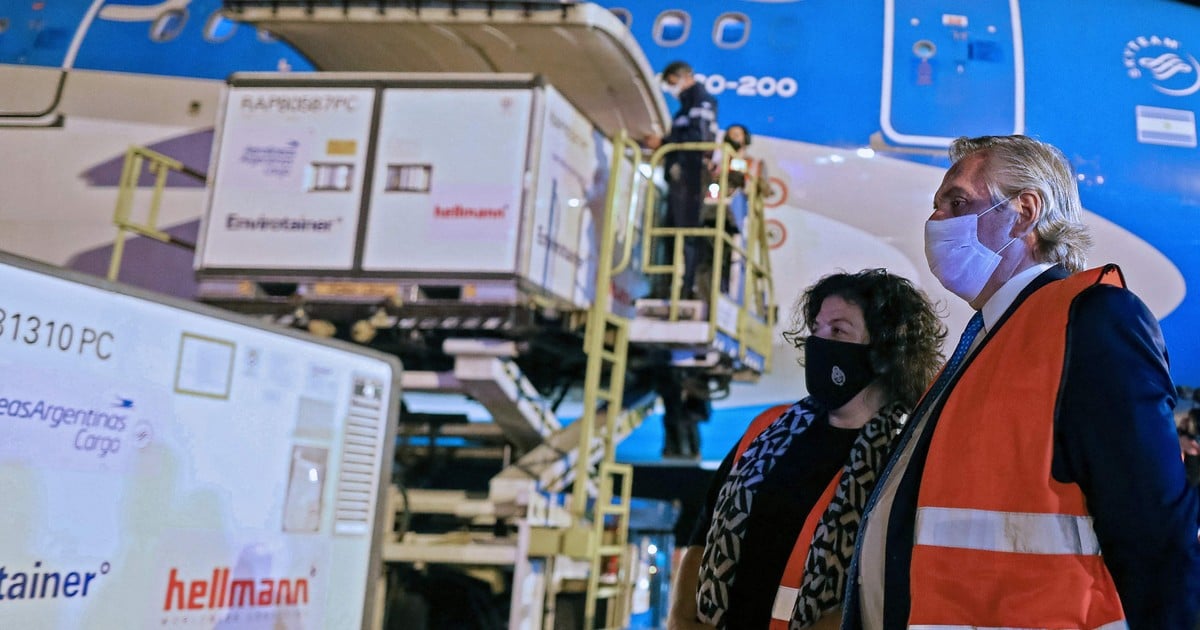 The Minister of Health of the Nation, Carla Vizzotti, announced that the country signed a new agreement with Sinopharm for which two million doses of the coronavirus vaccine from that Chinese laboratory will arrive in the country before the end of the month.

The announcement was made in an act that the minister shared with President Alberto Fernández this Friday at the Argentine Proton Therapy Center (CeArP), which is built in the Buenos Aires neighborhood of Agronomía

Clarion was able to confirm with government sources that the new agreement with Sinopharm is for six million doses (As this newspaper announced two weeks ago), of which two million will arrive in the last week of June and the remaining four million will do so in the month of July.

It is a formula that requires two doses – both are the same – and that has already been applied in the country: the result of a previous agreement, they have been reached until now. four million doses of Sinopharm.

They were used to apply two doses to a number close to two million people. It was prioritized complete the immunization schedule of the vaccinated with Sinopharm because until now it was not certain that more of these vaccines would be available.

The Chinese laboratory will send the vaccines in a new packaging that will allow them to a single flight reaches two million doses.

Also this Friday it was learned that two weeks after the Nation’s Chief of Staff said it was closed an agreement with CanSino Biologics For the acquisition of its coronavirus vaccine, the country finally signed the contract and only hopes that the Chinese laboratory will also do so to announce the number of doses committed and their arrival dates.

As this newspaper learned, the agreement would be for between three and four million doses that would be received from July.

The CanSino vaccine was tested in the country with the participation of Fundación Hupedes. However, there is a formula that is still does not have the approval of the Anmat.

It is a preparation that can be kept for up to three months with refrigeration between two and eight degrees Celsius, so does not require sophisticated equipment for transfer and storage.

According to the first results analyzed, the formula achieved an effectiveness of 65.7% for symptomatic cases and a 90.98% for severe cases.

After being presented as a single dose, the CanSino vaccine is being tested to see if it does not increase its affectivity with a second booster dose.

CanSino said in a statement that its vaccine is “Safe and effective”, but that “like many other types of vaccines, such as those for influenza, it may require the application of a booster dose.”