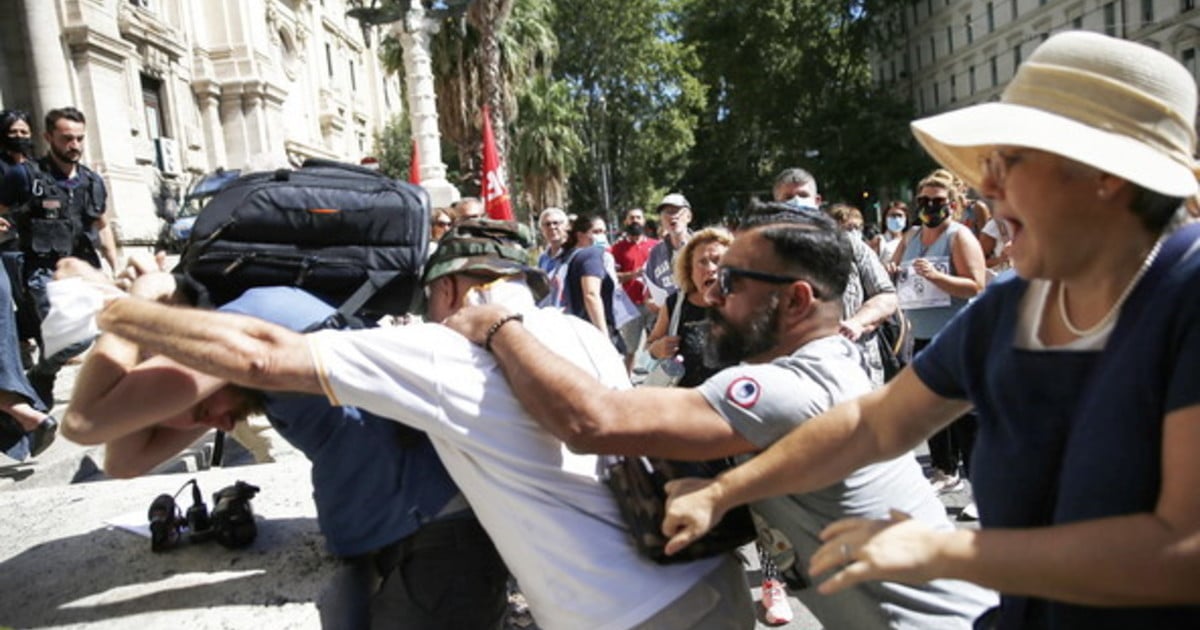 With the strategic objective of achieving 80% of the immunized population by the end of September, Italy is launching open battle against those who are not vaccinated, who respond even threatening violence. September is a decisive month because the fourth wave of the pandemic with the Delta variant continues to infect at a current rate of seven thousand infected daily and autumn and cold arrive.

The concerns are global. The World Health Organization (WHO) estimated “reliable” the projection that foresees a worsening in the next three months in Europe, with 236 thousand more deaths by December 1.

Coronavirus cases total more than 200 million worldwide, with four and a half million deaths. The US has 38 million sick and 640,000 deaths, followed by Brazil with 20 million infections and almost 580,000 deaths.

Anti-vaccine demonstrations spiral out of control in Rome. Photo: EFE

The WHO was “seriously concerned” about the slowdown in vaccinations in Europe. Hans Kluge, responsible for Europe of the World Health Organization, highlighted that “last week the number of deaths in the region increased by 11%, with a reliable projection of 236 thousand deaths until December 1”.

Vaccines in Italy: the end of the furor

In Italy, where vaccination fury had reached an optimal level of half a million vaccinations per day, it has dropped by almost half. They do not count the data of the weekend, when the controls of the contagions diminish remarkably.

The Italian government does not want to lose the main objective of achieving that by the end of September 80% immunization of the population of 60 million inhabitants. The main problem is to pierce the barrier of those who are reluctant to get vaccinated, both those who follow the militants of the “no vacs” movement, and those who show themselves fearful or indecisive to the saving injection.

The summer has been abnormal, because it was expected to repeat the summer season of last year, the first of the pandemic that began on February 21, 2020.

On the other hand, since the beginning of summer, in June, Italy was attacked by the fourth wave expected for September due to the Delta variant, six times more contagious than previous Covid-19 viruses, which has rapidly progressed to dominate in Europe.

“The tourist season” we have saved thanks to the vaccination campaign “. The president of the Gimbe Foundation, Professor Nino Cartabellota, explained that “compared to the three previous waves, the percentage of hospitalizations dropped by half.”

f “In the last three weeks we have achieved a stabilization of infections”. The vaccinations allowed the prognosis of some Italian infectious disease specialists who predicted 30 thousand daily infections for August 31 to not be given.

“This means that vaccines work. Differences between major regions depend on vaccine coverage and the percentage of over 50 who are not vaccinated”Added Cartabellota.

The numbers sing. Sicily has the highest number of daily infections, more than 200 per one hundred thousand inhabitants, compared to 35 in the virtuous Lombardy (capital Milan), the largest Italian region, which has a low circulation of the virus.

Also Lazio (Rome) and Piedmont (Turin) show virtuous data where the situation has been under control thanks to the very high numbers of vaccinations.

The unknowns are concentrated in the massive return of the holidays, that can provide a good dose of infected. In recent weeks, violations of the rules have been commonplace, especially dances and mass clandestine gatherings.

Eight and a half million students want to go to schools and colleges, but this means not only more crowding in scholastic venues, but also concentration in public transport. Human movement brings about the mobility of the virus. Precautions are being taken, but they are never enough, especially in public transport.

The advisor Alessio D’Amato, from Rome, recalled that from this Wednesday the Health Passport will be mandatory to circulate in the trains, ships and planes. The so-called Green Card excludes those who were not vaccinated, or could not demonstrate that they overcame the disease.

D’Amato said that “we already have four million vaccinated in Lazio and we hope that those who return from vacation get vaccinated and have the boys vaccinated.”

Time passes and implantation of the third dose is already being studied to strengthen the immunity of fragile groups and the elderly, especially those who received the first vaccines.

Four million over 50 without vaccine

There are four million people over 50 who have not yet been not a vaccine. The atmosphere has been overheating in the struggle that seems to be transformed into a war between the vaccinated who form the vast majority and a minority of those who fear, are uncertain or directly integrate the vast movement, minority and fierce, of the so-called “No vacs”.

The mandatory Health Passport from Wednesday to travel on trains, planes and long-distance ships, begins to do exploit the showdown. Over the weekend and this Monday they have shown several bellicose scenarios that shows how far those who do not want to be vaccinated can take their protest against what they call “Health dictatorship.”

As in the educational sector, the Health Passport comes into force since Wednesday, which may affect the 200 thousand teachers, professors and non-teachers who do not have it because they have not been vaccinated and can be suspended and even laid off From his job.

On the morning of this Monday, a group of protesters from the teaching sector gathered in front of the Ministry of Public Instruction, in the center of Rome.

The “no vacs” protest was harsh but civilized, until a journalist from the newspaper “La Repubblica”, Franco Giovannetti, began recording a video of the sit-in and displaying the placards with the claims.

The protesters threw some non-violent taunts (“bought journalists”) at him. Until a man yelled at Giovannetti: “Either you stop filming or I cut your throat”. A hard discussion began, until the threatening “no vac” fired four quick punches that made the journalist stumble. The police immediately intervened.

The scandal became huge because general spirits are heated. Journalist He was taken to the Fatebenefratelli hospital from Tiberina Island, and the aggressor to the police station. The protesters were devastated and said they belong to a teaching group Against the Health Passport. They apologized, but the violent man had ruined their protest.

Almost at the same time the media spread the news that Professor Matteo Bassetti, director of the Department of Infectious Diseases of the San Martino Hospital in Genoa, he had been chased home and threatened, Sunday night, by a middle-aged man. “They will kill all of you with these vaccines and they are going to pay usr ”. Shouted him.

Bassetti is a famous person, an everyday guest on television and in the print media. He argued loudly with other thoughtful scientists on the left, while he was a conservative. But when Bassetti said that he should consistently defend the need for vaccinations, his fans they became enemies.

The teacher has received police protection. DIGOS, which is a police intelligence service, identified and reported the aggressor. Now they are working to do the same with strangers who insult and threaten the infectious disease specialist over the phone and on social media.

“They threaten me every day,” Bassetti said. “They are the no vacs, that yesterday on the Telegram network they have put my phone number to insult me. The threats extend to my family. It is an unsustainable climate ”.

On Sunday there were demonstrations of the enemies of vaccination in squares of Milan, Turin, Bologna, Rome, Naples and a dozen other cities.

On Sunday there were demonstrations of the enemies of vaccination in squares of Milan, Turin, Bologna, Rome and Naples. Photo: EFE

To the cry of “Freedom, freedom!” and against the Health Passport, with continuous claims of “Stop the dictatorship until it is destroyed.”

In Rome the protesters, about two thousand, marched through the center and were blocked by the police who gave them permission to go to protest in front of the headquarters of the RAI, the Italian radio television.

The leader of the far-right group Forza Nuova, Giuliano Castellino, harangued people from the roof of a parked car.

In Milan the protesters were more and toured the center.

In front of a tent set up by the Movement 5 Stars party, which is part of the government of Prime Minister Mario Draghi, the most angry shouted: “Traitors, traitors!”, Until some of them threw themselves against the tent.

A table and a chair that were blown up while threatening with their fists the three “grillinos” who were guarding the request for signatures for a referendum that had nothing to do with vaccines or the virus. There were no arrests, but the abundant graphic and filmed notes that reached the public opinion have served to increase tensions. 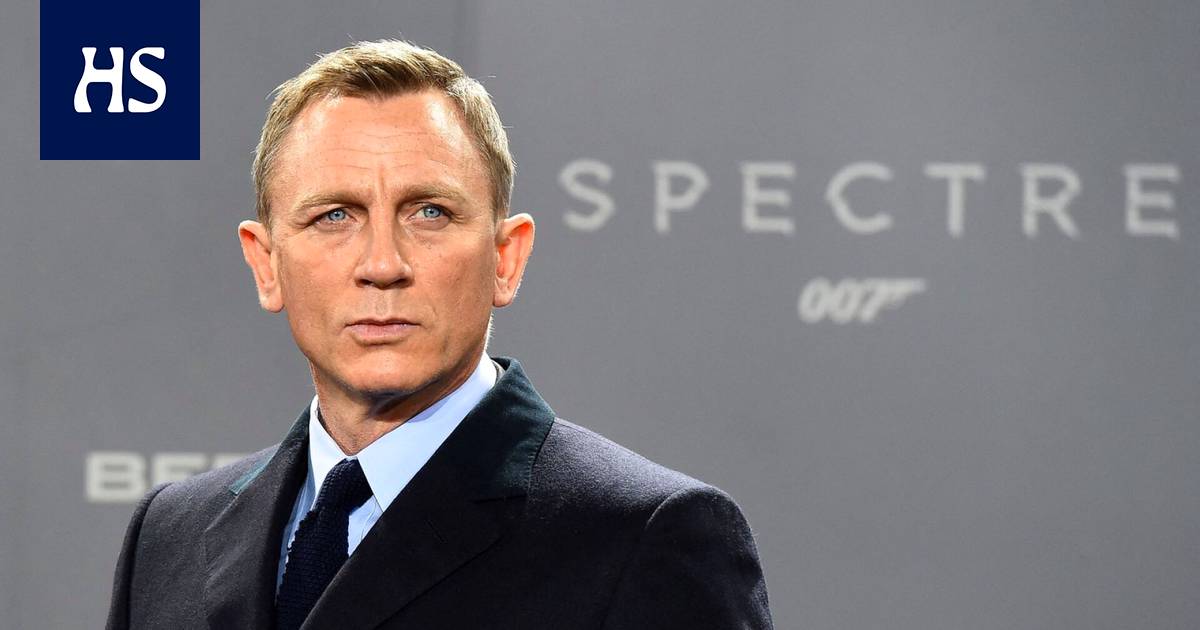 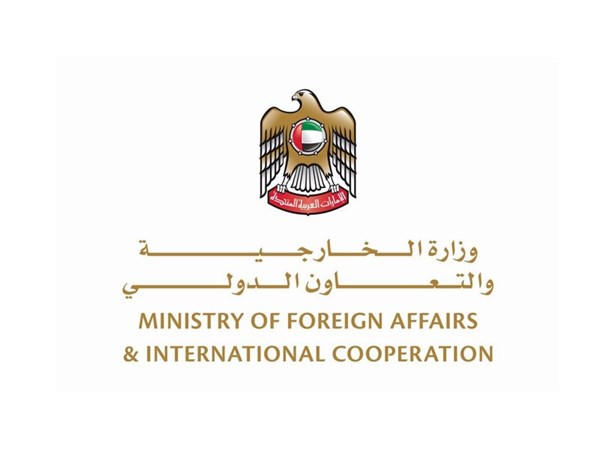 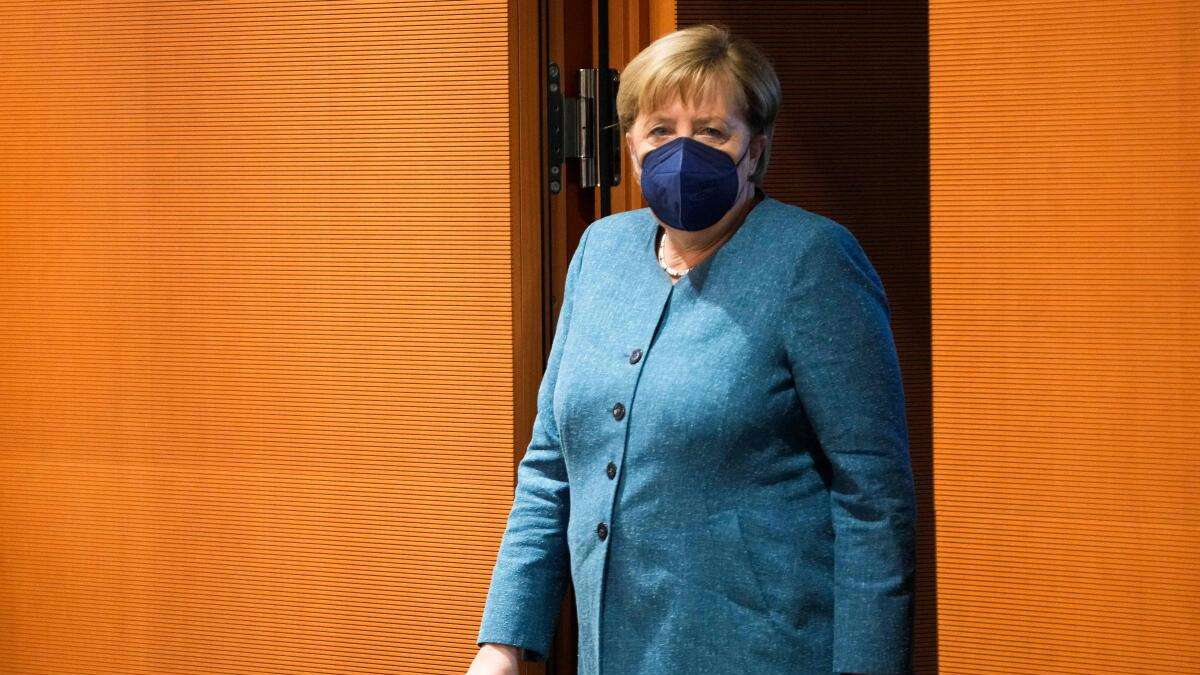 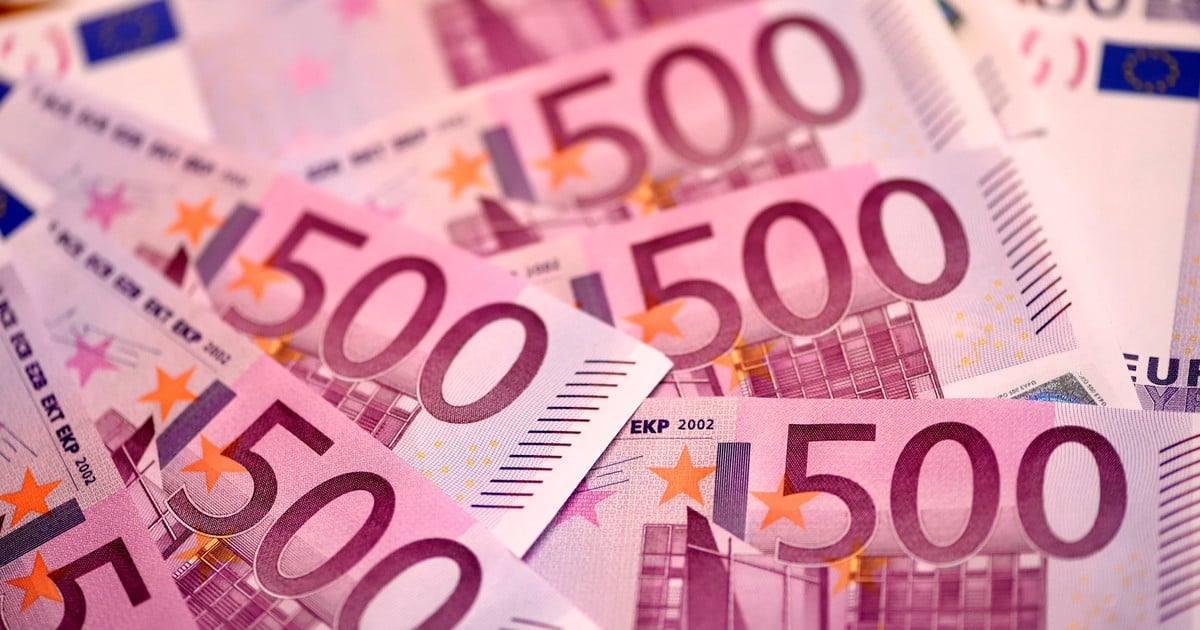