Anti-LGBTIQ + law triggers controversy between Hungary and the European Union 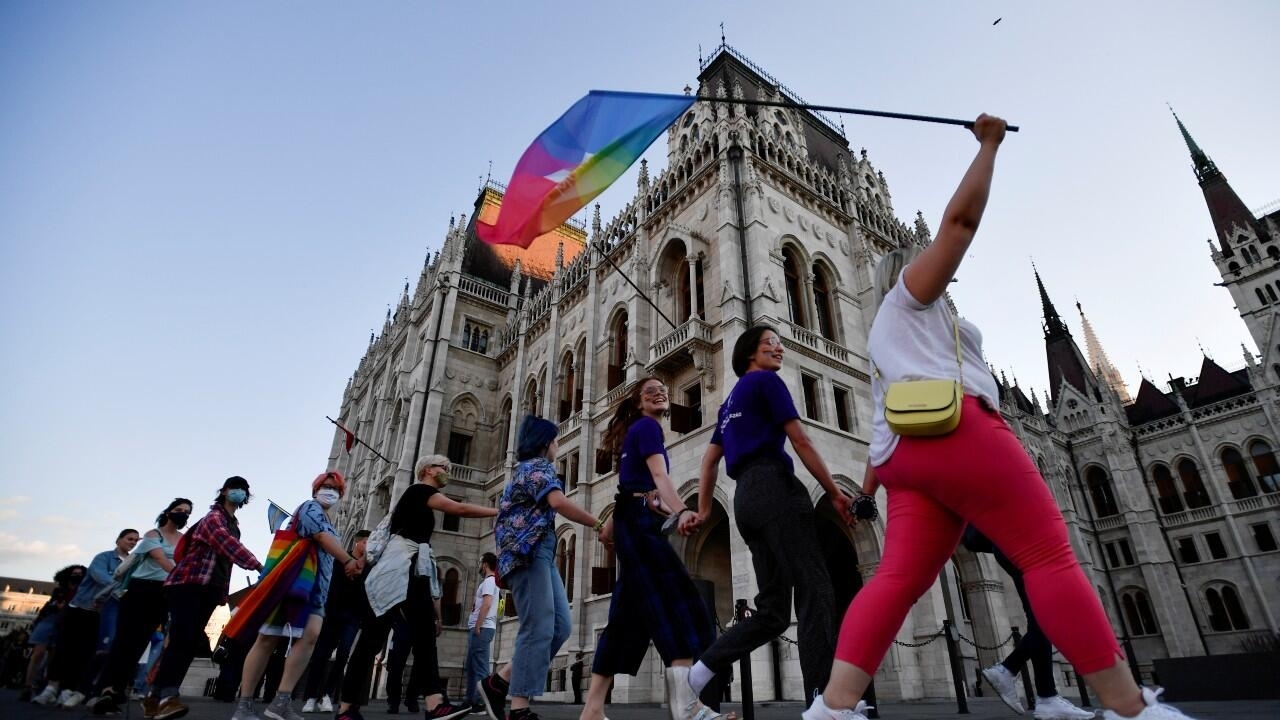 The Central European country is about to enact a law approved on June 15 by its legislative body in which it is prohibited to speak about homosexuality to minors, a decision that has generated outrage among several members of the EU and that Brussels threatens retaliation.

The ultra-conservative government of Viktor Orban took a new step in what many see as a progressive deterioration of Hungary’s democratic fundamental rights. The Hungarian legislature carried out, with the support of Orban’s party, a law that prohibits people under 18 from talking about homosexuality in all areas.

This decision has provoked numerous complaints and protests, especially in the community sphere, before what they understand is a law that “violates” the basic rights of people and their freedoms. From Budapest they defended the regulation arguing that “it is not against homosexuals” and alluding to “child protection”.

More than 15 countries, including France, Germany and Spain, have condemned this decision, which would imply removing any reference to homosexuality and the LGBTIQ + community from schools. Along with the concern of the Member States is that of the institution of the European Union, which has staged a crossroads of accusations with Budapest.

“This law clearly discriminates against people on the basis of their sexual orientation. It goes against all the fundamental values ​​of the European Union”, Ursula von der Leyen, president of the European Commission, affirmed forcefully. This institution is studying sending the Magyar Executive a letter with the “legal concerns” of the law and the possible consequences.

This Hungarian bill is a shame.

It discriminates people on the basis of their sexual orientation & goes against the EU’s fundamental values.

We will not compromise.

I will use all the legal powers of @EU_Commission to ensure that the rights of all EU citizens are guaranteed. pic.twitter.com/RzWPpue0CD


“I believe in an EU where you are free to love whoever you want, who embraces diversity, which is the foundation of our values. I will use all the powers of the Commission to ensure that the rights of all European citizens are guaranteed, whoever you are. and wherever you live, “added Von der Leyen.

Many legislators in the European Parliament threatened to sue the Commission and its members if more severe measures were not taken against Hungary for the setbacks in civil rights it has experienced in recent years. The Commission’s reaction took place several days after its approval in the Hungarian Parliament and on the day the law was signed by the Hungarian President, János Áder.

Faced with the controversy unleashed, the Hungarian reaction has been to describe the accusations as “lies”. According to his version, the law is a protection for minors against pedophilia. The point is that within this supposed “fight” against pedophilia it is forbidden to talk to children about homosexuality or the change of sex.

“The statement begins with an intentionally false statement, when it assures that the paragraphs included in the law for the defense of minors are openly discriminatory and violate freedom of expression. This is simply not true”, declared the Minister of Justice, Judit Varga, on Kossuth Public Radio.

This law not only contemplates the prohibition of talks on sexual education where homosexuality or transsexuality is discussed, but any type of advertisement or film that deals with the subject will be censored at times that are considered childish.

Numerous Hungarian teachers have proclaimed on social networks that they will continue to speak about homosexuality to their students when they deem it necessary and more than 130,000 signatures of Hungarian citizens have been collected against this law. Regarding opinion in the media, the few who are not yet controlled by the Orban government have been critical of the decision, which they have not hesitated to label as homophobic.

The Executive of the far-right Viktor Orban is one of the main internal challenges that the European Union has to face together with the Polish Government. Brussels has on numerous occasions condemned its ultra-conservative and even restrictive policies, but has not acted forcefully due to internal fear of the widespread rise of the far right in several states.

Since coming to power in 2010 from the Fidesz party, Orban has constantly undermined the rights of the LGBTIQ + collective. With the creation of a new Constitution in 2011, his Government determined that marriage is exclusively the union between a man and a woman.

In addition, the adoption of children for homosexual couples has been prohibited and the President of the Hungarian Parliament came to compare these couples with “pedophiles”. In May 2020, in full confinement, a law was passed that prohibited transsexuals from changing their names.