Anti-climax at the Games: Tokyo will only distribute condoms to athletes when they leave 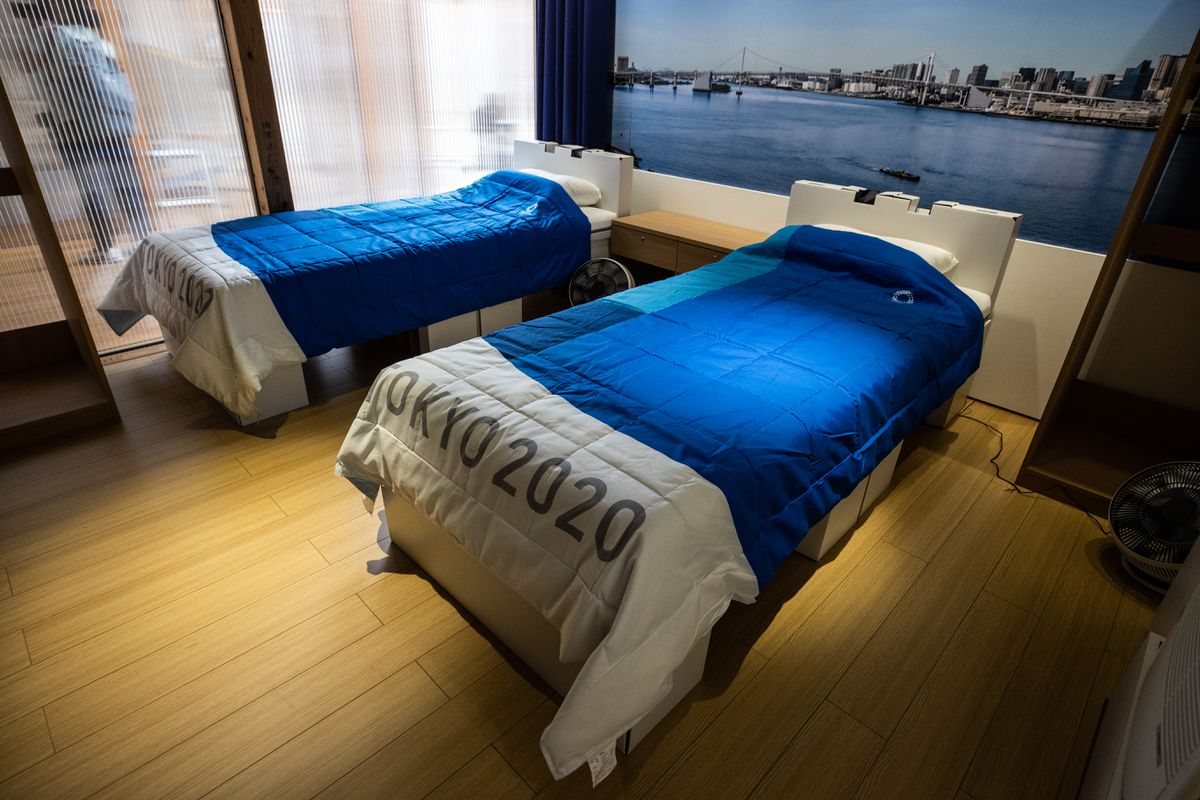 The pandemic has already turned those in Tokyo into a very particular Olympic Games, held a year later than originally planned and without foreign audiences. Now he is going to break yet another tradition: the one that dictated that condoms be distributed to athletes. Instead, athletes will receive condoms as they march, with the message to use them in their countries to raise awareness about the fight against AIDS.

The organizing committee has announced the decision this weekend, by presenting its rules to guarantee health during the competition that will begin on July 23. As he has indicated, since the Seoul Games in 1988, tradition dictated that condoms be distributed throughout the event to guarantee safe sex in the Olympic Village, where the close coexistence between athletes from 200 countries usually gives rise to the practice of intense couple exercises between the sheets. But this time, the more than 150,000 condoms will be delivered as athletes leave Japan. The rules foresee that the participants in the competition “avoid any unnecessary physical contact”.

The measures will force to say goodbye also to the parties: it will not be allowed to drink alcohol in groups. Athletes may introduce drinks containing it into the Olympic Village, but may only consume them alone and in their rooms, 9 square meters for singles and 12 for doubles. The sportsmen’s residence in Tokyo, which has a capacity for 18,000 people during the Olympic Games and 8,000 during the Paralympics, has put up numerous posters warning about the need to keep the facilities well ventilated and advising its occupants to keep the windows. of the open rooms. He also urges athletes and the rest of the members of the delegations to maintain a safe distance. In the dining rooms, a reduced capacity will be maintained and disinfectant material will be given to the participants.

A fever clinic has also been established, separate from the rest of the medical facilities, which will examine and isolate both potential patients suspected of carrying the coronavirus and their contacts.

Takashi Kitajima, the general director of the Village, has stated: “If there is suspicion that someone may be infected, we can isolate that person properly.” And he added: “This is another example of how we strictly manage anything related to possible covid infections.” That management has been put to the test for the first time this weekend. A Ugandan athlete has tested positive for coronavirus upon landing in Tokyo, despite having been vaccinated and having obtained a negative test result before setting off. You have been denied entry into the country.

Athletes will have to undergo daily coronavirus tests and wear a mask when they are not competing, eating or sleeping. They will only be able to enter and stay in the Villa 48 hours before their competition begins, and they will have to leave it as soon as it ends, or sooner if they are eliminated. If they try to break any of the rules, they risk being expelled from the Games.

Equally stringent measures will apply to viewers, if any. If national attendees are allowed access – something that is expected to be announced this Monday, after it has already been decided to prohibit the arrival of foreign audiences – they will be asked to clap to cheer on their favorites, instead of shouting.

The Games will kick off amid deep opposition from the Japanese public, who fear the event could become a hotbed of coronavirus infection in a country trying to control its latest wave. According to surveys, up to 80% of citizens oppose the celebration at this time.