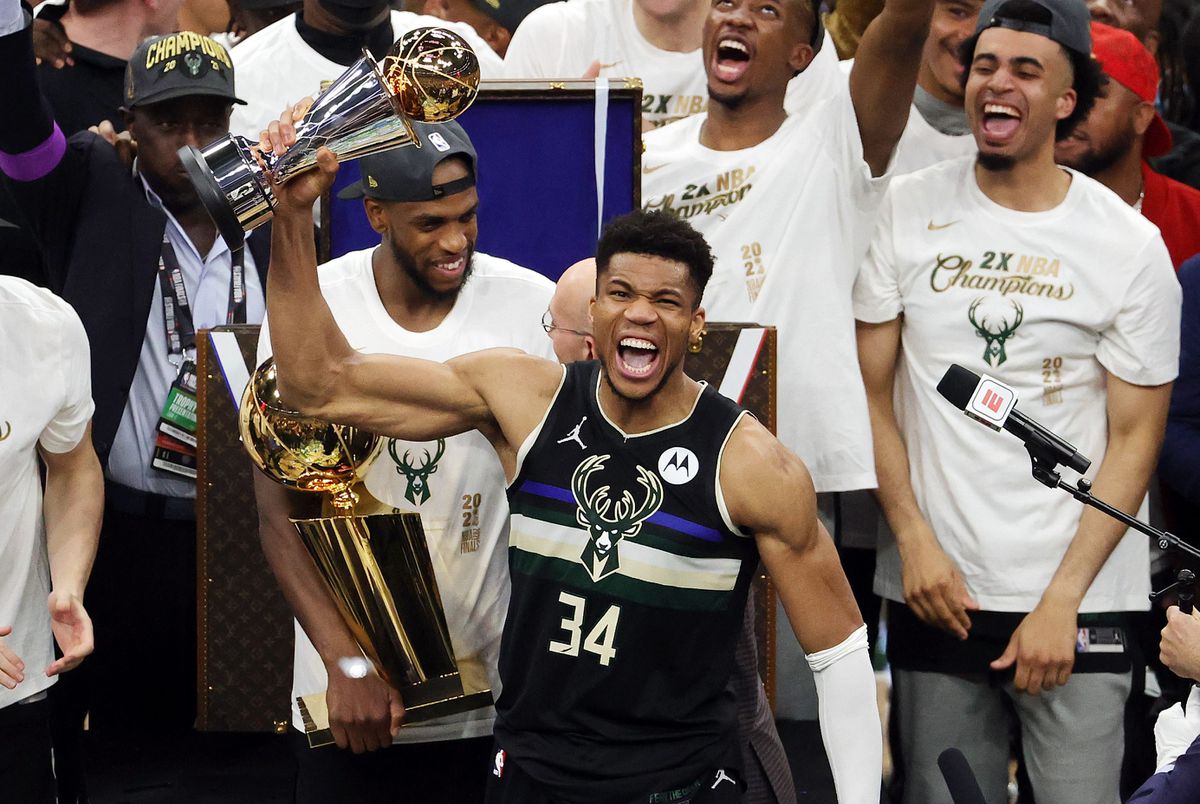 Giannis Antetokounmpo ended his extraordinary career with the match he dreamed of. The Greek player established himself with a performance worthy of the greatest, Michael Jordan or LeBron James. His 50 points, 14 rebounds and five blocks were decisive to close the final, as much as it was throughout the season and during the last years in which he has become the undisputed leader of the Bucks and one of the great stars of the NBA. The Bucks closed the final with their fourth win against Phoenix (105-98) and signed the great comeback because the Suns won the first two games of the series.

Antetokounmpo added 16 hits in the 25 field goals he launched and stood out especially when he made 17 of the 19 free throws he had. It was his great unfinished business because during the playoffs He averaged only 55% success from the free throw line and was often ridiculed by rival fans, with their shouts and chants, when he was about to execute these types of throws. It was the third game of the final in which the Greek player had at least 40 points and 10 rebounds. Khris Middleton accompanied Anteto’s great performance with 17 points, Bobby Portis, coming off the bench, added 16, and Jrue Holiday had 12 points, 11 assists and 9 rebounds in addition to defending Devin Booker very effectively.

Chris Paul, another of the greats of the League, returned to stay, at 36, with honey on his lips. He has been in the League for 16 seasons and is one of its main figures, but he has not won the ring with any of the aspiring teams in which he played, not with the Houston Rockets, not with the Clippers, not with Oklahoma City, not now with Phoenix Suns, the formation in which he relieved Ricky Rubio this season. Paul was the best of his team in Game 6 against the Bucks, with 26 points. Devin Booker, another of the Suns figures, failed more than usual in him. He did not score any of the seven triples he threw and stayed at 19 points with a card of 8 hits on 22 shots from the field.

Anteto, who was naturally proclaimed the MVP of the final, gave the Bucks the second title in their history. The previous one was 50 years ago, in 1971, when the team led by Kareem Abdul-Jabbar and Oscar Robertson swept the Baltimore Bullets 4-0 in the final.

Anteto’s history of overcoming, in his personal life and in his career as a basketball player, is admirable. He was born in Athens 26 years ago, the son of Nigerian immigrants, and until he was 18, neither he nor his four siblings – Thanasis also plays for the Bucks and was proclaimed champion – obtained Greek citizenship. That kid who came to sell CDs and DVDs on the streets of the difficult Sepolia neighborhood where he grew up and who was afraid of being arrested because he lacked a passport, grew up to 2.11 meters and became a prodigious player, capable of shining in all aspects of the game.

His jump to the NBA was brilliant and unexpected. It occurred in 2013. He was 19 years old and went from playing in the Greek Second Division with Filathlitikos to being transferred to CAI Zaragoza, where he did not get to play because the Bucks hired him immediately. His progression in the NBA was dizzying. After a first season in which he only started 23 times and averaged 6.8 points and 4.4 rebounds, and starting to progress in the next two, he made the big leap in 2016-2017 in which he received the award. to the player who improved the most. He has already averaged 22.9 points and 8.8 rebounds. From there, he established himself as one of the best players in the NBA and obtained two titles that prove it because he was designated the MVP in 2019 and 2020. He lacked the same as many other figures, the title of champion. He did it against Phoenix and established himself with an extraordinary performance throughout the playoffs, culminating in the game that gave the Bucks the title.

“I want to thank Milwaukee for believing in me,” said Giannis on the court after completing the achievement of the title and was acclaimed by the public. “My teammates played hard every game. I trusted this team. I wanted to do it here in this city. I wanted to do it with these guys, so I’m happy. ” He thanked all his teammates one by one and stopped especially with Khris Middleton: “We did it. This guy really doesn’t know how much he pushed me. He pushed me every day to be great, to be a great person. I’m happy to be able to step on the pitch with this guy and play every minute with him.