Another violent night in Colombia: they set fire to police posts in Bogotá 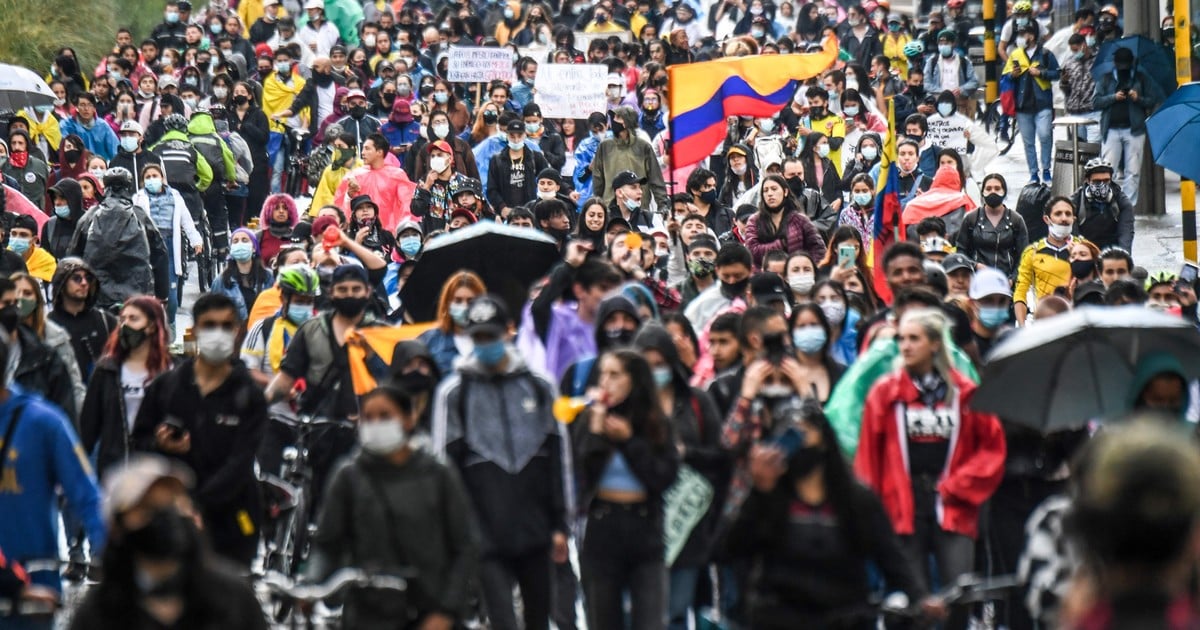 Colombia completed its seventh day of violent demonstrations against the tax reform proposed by the president, Iván Duque, and during the night Bogotá was the center of the harshest expressions.

A mob set fire to a police station in the Colombian capital, where there were between 10 and 15 agents inside who managed to escape the flames, while at least 15 other posts of that institution were targeted by vandals.

The mayor of the city, Claudia López, described the attack as “brutal”.

“The 22 human rights commissions that we activate have been preventing and protecting abuses of citizens, but violent escalation tonight is brutal, “the mayor said on Twitter.

According to López, 15 policemen “they tried to burn them alive” in the Immediate Attention Command (CAI) of the La Aurora neighborhood, in the south of the Colombian capital, and added that another 15 of those posts were “vandalized.”

He also denounced that there were “police officers shot” and “wounded with a knife.”

“Bogota suffers tonight (Tuesday) the attack of organized criminals that are being confronted by our public force. We emphatically reject these attacks against members of the Police, “Duque said at midnight.

Faced with the overwhelming violence, López asked the Defense Minister, Diego Molano, that the public force “help guard” the police detention centers, where there are 2,825 people detained to “prevent them from putting the lives of those deprived of liberty“.

The violent protests began on April 28 and until today have left, according to the Ombudsman’s Office, 19 dead, a figure that social organizations raise to 31.

Likewise, the agency denounced that at least 89 people have disappeared, of which only two have been found.

The population in Bogotá takes place on the eve of a new day of protests and a “national strike” called for this Wednesday by unions and social organizations against the government’s economic policy.

According to the authorities, the CAI of the Police in the La Aurora neighborhood was cremated when there were between 10 and 15 agents inside, of whom five were injured.

“Prompt recovery to our police officers. Thanks to the community that interposed so that they did not result cremated inside the CAI Aurora facilities by social misfits, “said the commander of the Bogotá Police, Óscar Antonio Gómez.

For his part, the Secretary of Government of Bogotá, Luis Ernesto Gómez, indicated: “At this time there is an escalation of violence in the city, here in the Tintal Library they just incinerated a bus of the SITP (Integrated Public Transport System) and in other parts of the city “.

The clashes began on Tuesday afternoon in various sectors of southern Bogotá and spread to other areas, where social organizations at night they denounced excesses of the Mobile Anti-Riot Squad (Esmad) of the Police.

One of the most difficult situations was experienced in the Portal Las Américas, in the west of the city, where the clashes lasted for hours, there at least three injured and a bus was cremated, according to authorities.

There were also riots in the Castilla neighborhood, where protesters they were repressed by Esmad and CAI was also attacked.

In other cities like Cali, where an unknown number of people have been killed during the protests, the clashes continued despite the fact that five people died the day before and 33 more were injured, according to the Mayor’s Office.

Although violence has been the constant of the demonstrations, on Tuesday night the sound of the cacerolazos echoed in Bogotá and there were peaceful acts in dozens of places.

In them citizens gathered to reject the police repression and the violence that bleeds Colombia.

Even the protests today in the capital were joined by Dominican friars, who marched through the streets of the city with a Bogotá flag and a sign that read “Love each other”.

Duque failed to calm the situation

The call that Duque made during the afternoon of Tuesday to the creation of a national dialogue table, with the aim of reaching solutions to citizen discontent, it failed to calm the waters.

“We will install a space for listen to citizens and build solutions. There should be no ideological differences, but a deep patriotism. It is vital to have all the institutions, the parties, the private sector, the governors, the mayors, and the leaders of civil society, “the president had urged in his speech.

Beyond the fact that the Government backed down with the measure that raised the VAT to 19%, Colombia kept burning. Not only is discontent economic, there is also a protest against police violence that feeds off the riots themselves.

Bill and Melinda Gates, the distribution of a fortune of more than 130,000 million