Another unusual phrase from Alberto Fernández: ‘We have descendants who became African Americans’ 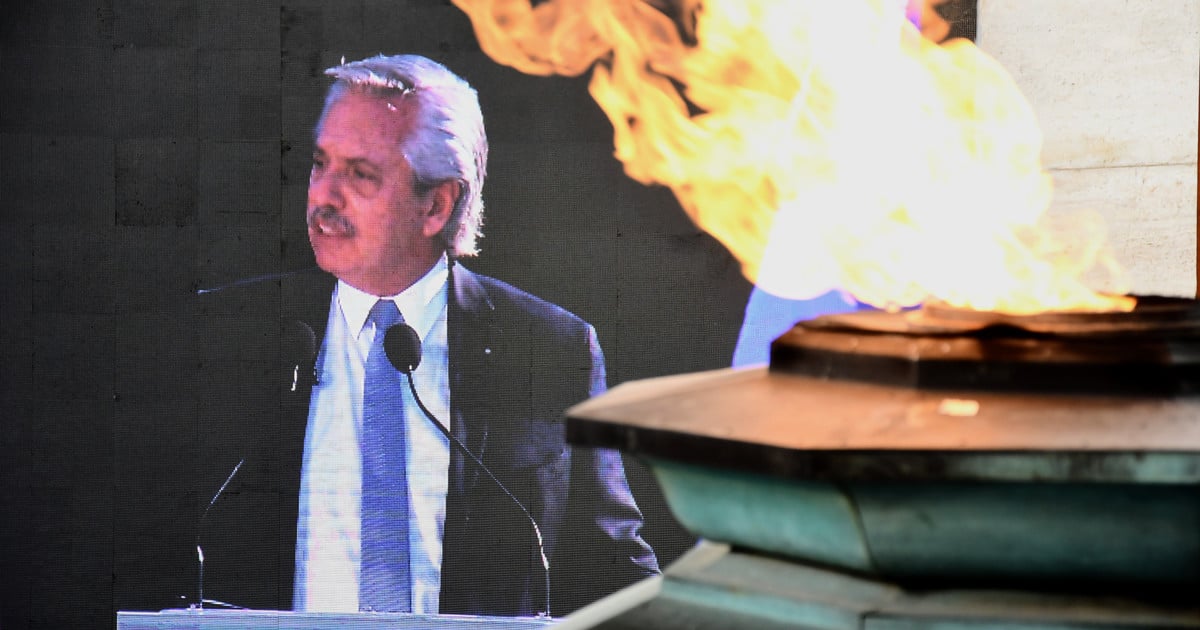 Alberto Fernández was once again at the center of the controversy for a sentence pronounced in an official act, after the criticism he received for the Litto Nebbia quote about Brazilians and Mexicans. “We have descendants who became African American“said the President this Sunday, in an appearance for Flag Day.

From the Quinta de Olivos, the president delivered a meaningful speech on the Homeland, on the occasion of the 201st anniversary of the death of Manuel Belgrano.

He was connected by videoconference with the Monument to the Flag of Rosario, where the Santa Fe governor, Omar Perotti, the mayor of Rosario, Pablo Javkin, and the Minister of Defense, Agustín Rossi were present.

Along with them, on the banks of the Paraná River, there was a group of fourth grade students, prepared for the pledge of allegiance. Perhaps emboldened by the presence of the boys, Fernández offered a fiery patriotic speech.

After recalling the historical and political contribution of Belgrano, the President said: “We also remember Belgrano because he made this flag, which equals us all and represents us all. And today you are going to swear allegiance to this flag, which is to swear to him. loyalty to the fatherland “.

Then he rehearsed a fatherly lesson for the youngest, in which he had the slip that was reminiscent of his controversial words about the origin of Brazilians and Mexicans and the subsequent accusations of racism.

“You will say ‘What is the homeland, Alberto? Can you explain? ‘”, Began from Olivos.

“Look, the homeland it’s all of us. We live in an immense territory, the eighth country in the world in terms of territory. A homeland very diverse in people“continued Alberto F.

“It is a plural society, with a lot of diversity. Every day we fight so that this diversity is a source of pride, of daily work, where no one ever has differences and we are all respected “, completed Fernández.

Of all his words, one phrase caught our attention: “We have descendants who became African Americans.” And again, the president’s mistake caused ironies and memes on social networks.

Users recalled the scandalous statements of June 9, when he shared an act with Pedro Sánchez, the Spanish prime minister, and confused some verses by his beloved Litto Nebbia with others awarded to the Mexican poet Octavio Paz.

“Octavio Paz once wrote that the Mexicans came out of the Indians, the Brazilians came out of the junglea, but we Argentines arrived from the ships. They were ships that came from Europe, “said Alberto F. on that occasion, next to the representative of the Spanish government.

What Fernández did not realize was that this phrase belongs to Nebbia, one of his favorite artists. And not Octavio Paz. In reality, the phrase attributed to the Nobel Prize in Literature is the following: “Mexicans descend from the Aztecs, Peruvians from the Incas, and Argentines from ships.”

The criticisms did not take long to arrive from Brazil and Mexico: in just hours, prominent personalities from those countries pointed out Fernández for his misstep and They even accused him of being a racist.

Jair Bolsonaro also participated in the shaking, amid the difficult diplomatic relations between Argentina and Brazil. The Brazilian president first resorted to irony: he published on his social networks a recent photo with an aboriginal tribe and a single word (“Jungle!”).

In Argentina, meanwhile, anger was capitalized by the invisibility of dozens of indigenous peoples. “He wants to continue ignoring the existence of the indigenous peoples who are the first inhabitants of this continent,” said Félix Díaz., Qom leader, a Clarion.

After the repercussions, Fernández he apologized with a message on Twitter. Furthermore, a day later he sent a letter to the Inadi. “I allow myself to put these reflections to your consideration for the purposes that you consider to be appropriate,” the president wrote to Victoria Donda, head of the organization.

But the storm also put in questioning the presidential communication, even with concern among their own officials and with criticism from La Cámpora. They believe that Fernández is exposed, improvise too much and that in its efforts it is unable to avoid conflicts with countries in the region.

In this sense, last Thursday the President used a memory aid for his speech on the bicentennial of the death of Martín Miguel de Güemes.

Nor could he avoid the conflict, since the gauchos of Güemes withdrew from the June 17 vigil due to the irruption of dozens of Kirchnerist militants despite the strong restrictions that they themselves had suffered. And a day later they staged a real rebellion.

That rudeness, preceded by numerous protests against Fernández, led to a political crisis in Salta, which included the resignation of the president of the Emergency Committee due to the coronavirus.