Another restomod, this time a Renault 5 Turbo 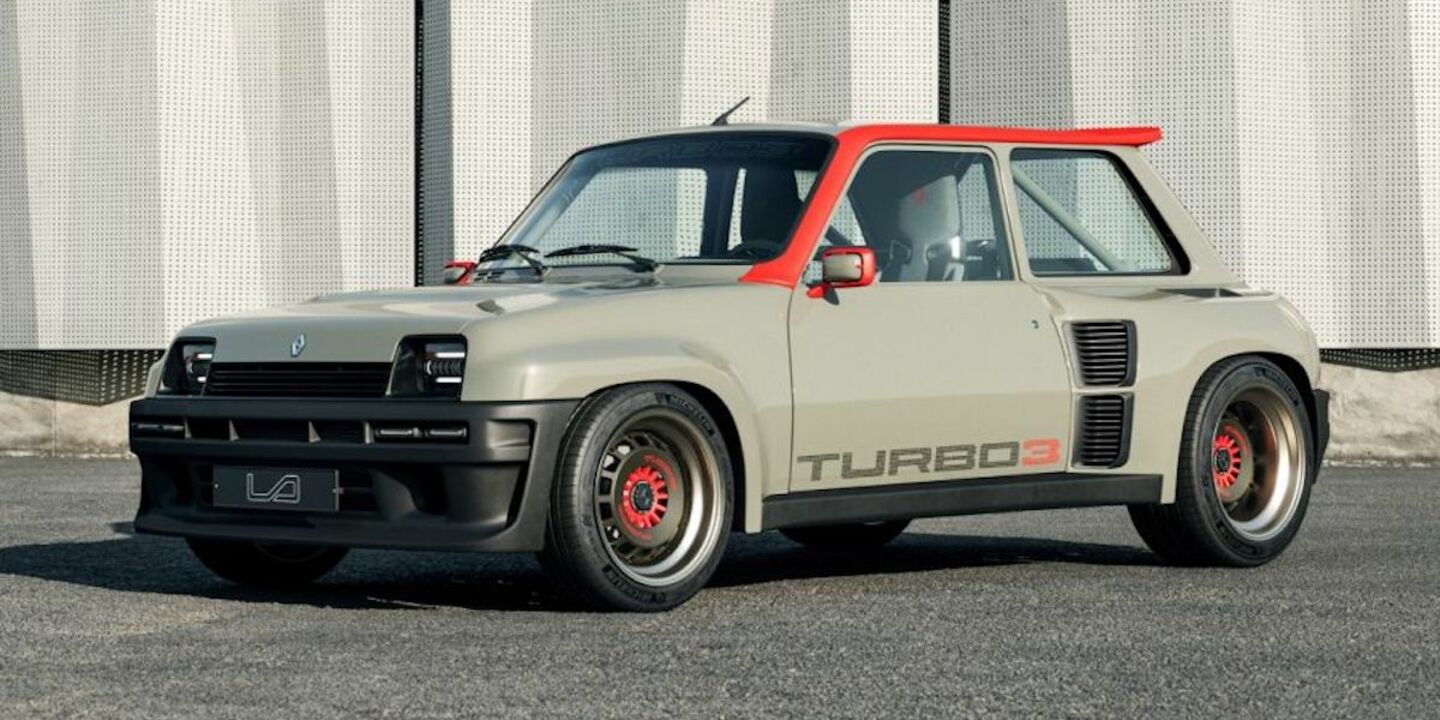 This is the successor of the Renault 5 Turbo and Turbo 2: this restomod is called Turbo 3 and has been renovated with a lot of modern technology. The main point is the four-cylinder turbo, which has been raised to 400 hp, coupled to a mechanical gearbox.

It is the work of Legend Automobile, whose initials LA refer to their hometown of Los Angeles, a company founded by 3 Frenchmen. The design comes from Alan Derosier, ex-Renault man and the man behind the lines of the MP Gemballa Marsien. For the Renault 5 Turbo 3, Legend Automobile called on the expertise of SoCal Frenchiez, specializing in French classics, and BloodMotorsport, a Lyon company specializing in competition cars.

The Turbo 3 stays true to the lines of the R5 Turbo 2, but uses contemporary technology. The body is made of carbon fiber, while the front and rear light blocks consist of LEDs. The counter has been digitized.

The R5 Turbo 3 is powered by a mid-mounted and modernized four-cylinder turbo that generates 400 horsepower. Power is sent to the rear wheels via a manual gearbox.

To improve stability, apart from the rear wing, we see air ducts on the C-pillar and a diffuser with huge exhaust pipes on both sides. The wheels remain relatively modest in size: 16 inches in the front, 17 inches in the rear.

Inside we find a retro-modern interior, with 2 bucket seats with four-point belts and a half roll cage in the back.

How many copies Legend Automobile will build, nor the sale price, are currently known.