Another penalty for Redding: stopped in the first 20 minutes of FP2 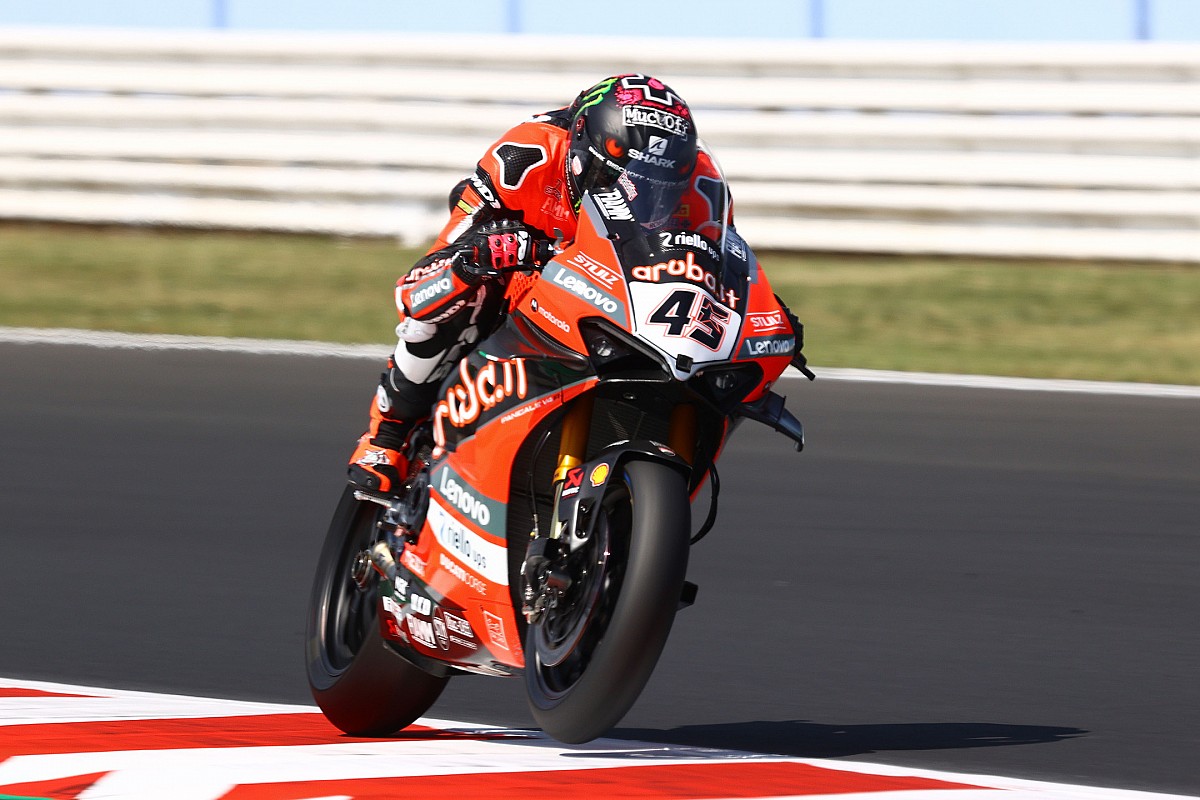 It rains penalties for Scott Redding, who starts the Misano weekend as he had concluded that of Estoril, that is, running into a penalty. The Aruba.it Racing – Ducati team rider in fact had a breakdown in his Panigale V4R in the morning session, which forced him to return to the pits. The Brit immediately noticed that something was wrong with his bike, raising his hand and stepping aside.

The Commissioners thus displayed the black flag with an orange circle, a sign of a technical failure. However, the rider was expected to stop the bike, but that was not the case. For this Redding ran into a penalty: the warning was also given on the dashboard, as stated in the communication from the Race Direction, therefore he should have left the bike on the track and not continue to the pits.

For this, Scott Redding will be forced to remain in the pits for the first 20 minutes of the second free practice session. The Ducati rider will therefore lose more precious time due to inattention. In fact, the communication reads: “The black flag with an orange circle with the driver’s number has been displayed. This message was also reported on the dashboard. According to the regulations, this flag informs that the bike has a technical problem that could damage itself and the other riders, therefore it must leave the track immediately. Instead the driver continued to drive up to the pit lane ”.

Redding, who in the first free practice session did not go beyond the 12th time trial, will thus be in further difficulty in the weekend in which he seeks redemption after a round of Estoril ended with another penalty.