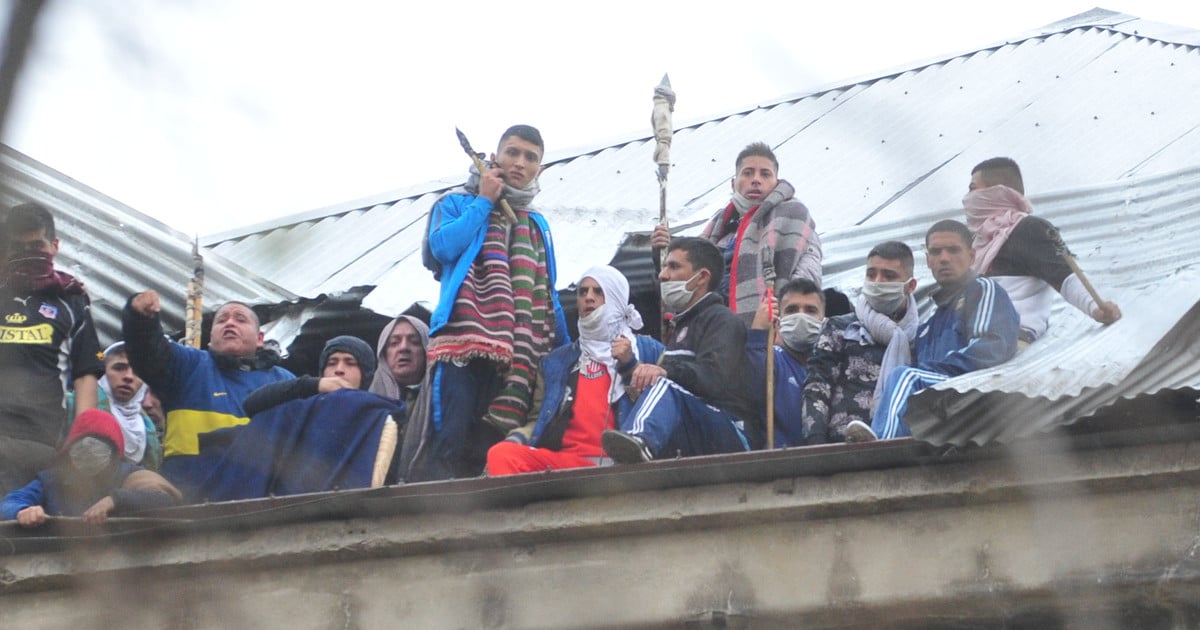 To the confrontations that they already have in the Supreme Court, for millionaire sums, the national Government and the City, added another dispute: the claim before the criminal justice against the Federal Penitentiary Service (SPF) for not receiving more than 500 prisoners housed in Buenos Aires police stations and mayors. The complaint was presented by the Ministry of Security headed by Diego Santilli and the federal Justice already required a series of data from the SPF, which is under the orbit of the Minister of Justice, Martín Soria.

In the Federal Penitentiary Service they say that they are on the verge of collapse and that since May 21, 2020, about 3,100 inmates have been admitted to the Ezeiza and Marcos Paz Prison. Today the occupation exceeds 94% and they fear falling back into overcrowding.

“They want to turn the City into the province of Buenos Aires,” replied a senior official from Horacio Rodríguez Larreta’s administration when analyzing the situation. There is an agreement signed between the Nation and the CABA to house those people who have committed national crimes in federal prison facilities and who have a court decision to deprive them of their liberty.

The Covid-19 pandemic hampered the logistics that had been implemented. The SPF, which depends on the Ministry of Justice of the Nation, last year made a list of its inmates and detailed that 1,279 of them were considered at risk, for which they granted anticipated freedoms and in other cases they granted house arrest to avoid a greater spread of the virus within the walls.

This decision made it possible to reduce the occupancy of beds: they faced an overcrowding of 9%. Currently the SPF has 11,490 prisoners housed in all its facilities. Its maximum capacity to house 12,198. That is to say: there are only 708 places left over.

Availability implies an occupation to date of 94.20% and for SPF officials it exposes “a collapsed system” that has as an aggravating factor, the increase in insecurity.

In the complaint that the City presented to the Justice, they argue that there are 538 prisoners who are not received in prisons and that this situation caused the collapse of the 43 Buenos Aires police stations. Clarion He had already warned about this situation last year in the middle of the pandemic. Even the Buenos Aires administration has a ruling in favor of the justice of the City.

Image of the riot in the Devoto prison in April 2020 amid the coronavirus pandemis. Photo Lucia Merle.

Despite this ruling, the SPF intervener and founder of Legitimate Justice, María Laura Garrigós de Rébori, decided not to receive the Buenos Aires prisoners

The file investigates whether the Penitentiary Service committed the following crimes: Resistance or Disobedience to a Public Official and Abuse of Authority and Violation of the Duties of a Public Official.

The Vice Head of Government and Buenos Aires Minister of Security Diego Santilli presented the complaint against the Federal Penitentiary Service.

In the police stations and city halls of Buenos Aires, prisoners are housed in unsanitary conditions: “They are crowded in places where they are not supposed to be, because in the cells that are for detention for a few hours you cannot house prisoners without a suitable place to sleep, without access to places to sanitize, among other factors “, they indicated from the Buenosairean government.

In its annual report on the situation of prisoners, the Local Mechanism for the Prevention of Torture of the City of Buenos Aires, from the Larreta administration, stated: “The mayors of the City Police are establishments created for the temporary accommodation of the They therefore do not meet the necessary requirements for the type of prolonged accommodation that pretrial detention implies. “

The situation reached such a point that last year a Habeas Corpus was filed that was resolved in favor of the City, as Clarín said, but there were no changes.

The criminal complaint now fell to the court in charge of Sebastián Casanello and the prosecutor in charge, Ramiro González, asked the SPF to explain how much his income was from May 2020 to the same month of the current year.

The date is not random, the courts in the Administrative Litigation had stipulated a schedule for the admission of inmates of the City to federal prisons: between October 8 and 15, 2020, 100 people had to enter, between 15 and 22 from October, another hundred 100; from October 22 to 29, 100 more and from October 29 to November 5, another hundred people. “Once said entries are completed, a minimum quota of between 60 and 70 weekly entries must be maintained. For this, the Federal Penitentiary Service must adopt the necessary precautions for its fulfillment ”, it had been ordered. For the City, none of those were fulfilled.

According to the official response of the SPF, the income in that period of time was more than 3,100. Given that figure, the prosecution requested a report specifying from which public establishment these transfers were made to each reported prison. That is, “that the precise data be provided from which division and / or security force came each of the inmates that were detailed in the aforementioned table and were identified as total income,” judicial sources explained to Clarín.

The Buenos Aires Ministry of Security seeks that 538 inmates are housed “in the appropriate place, because the national State is allowing their human rights to be violated with this measure of not receiving them,” sources from the area told Clarín.