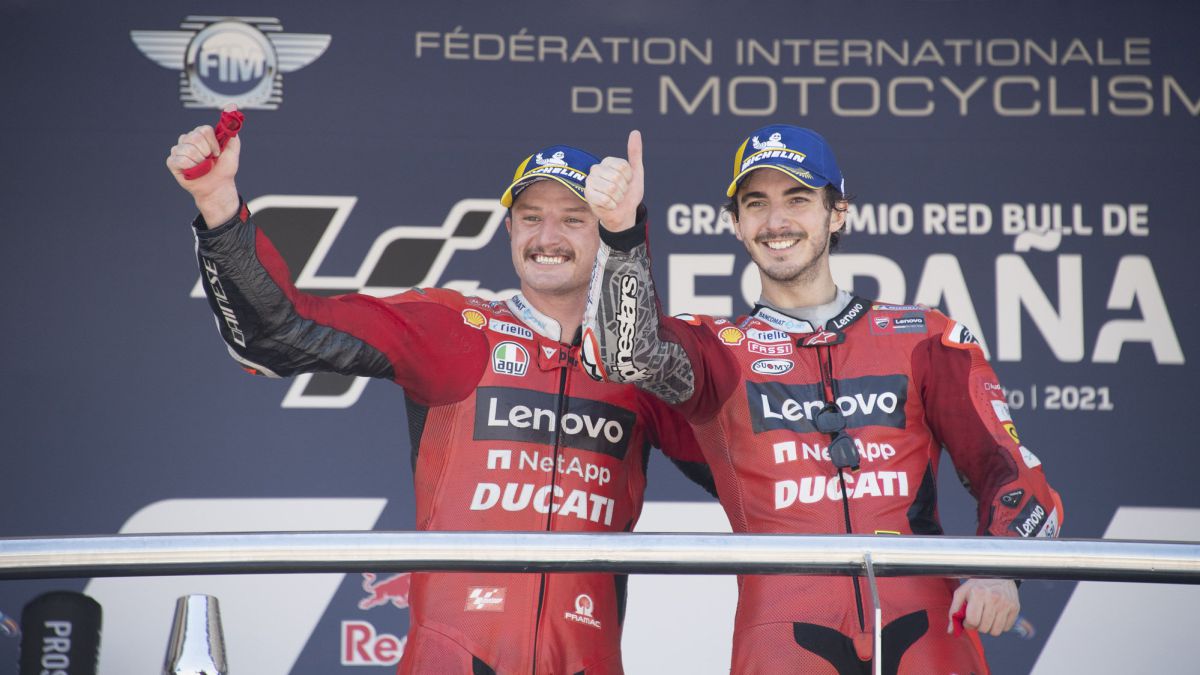 Without Marc Márquez still at full capacity, for obvious reasons, the 2021 season is starting to look a lot like last year, which turned out to be sheer madness. Until Mir stood firm in the 2020 course, well advanced, there were times when it seemed that no one wanted to win the title. AS then asked that question at a post-race press conference and Bagnaia raised his hand to say that he did want to win it. Now, after the Ducati double in Jerez starring Miller and Pecco, it is precisely the latter who leads the overall.

After the Spanish GP, the Italian became the fourth leader of the season, because he relieved Quartararo, who in turn took over from Zarco and the latter from Maverick. That is to say, that his three predecessors have dropped the leadership at the first change and we will have to see now how long it lasts for him.

The advantage of the new official Ducati rider at the head of the general classification is only two points over Quartararo, the great victim of a race that he was going to win until problems in his right arm due to compartment syndrome when he reached lap 15 made him lose a race that he had in hand.

The third, Maverick, is 16 points behind Bagnaia. The fourth, Mir, at 17. And the fifth, Zarco, at 18. That is, they are in a handkerchief with the first 100 points already distributed and three winners in four races (twice Quartararo, one Maverick and one Miller). Anyone dares to give a favorite or even to discard Marquez, who is at 50, but it seems that right now Quartararo is the strongest in the category, although he will have to fix those arm problems first so as not to miss out on valuable points that legitimately belonged to him.

Around the world: India receives aid from the US, China and Germany to alleviate the crisis