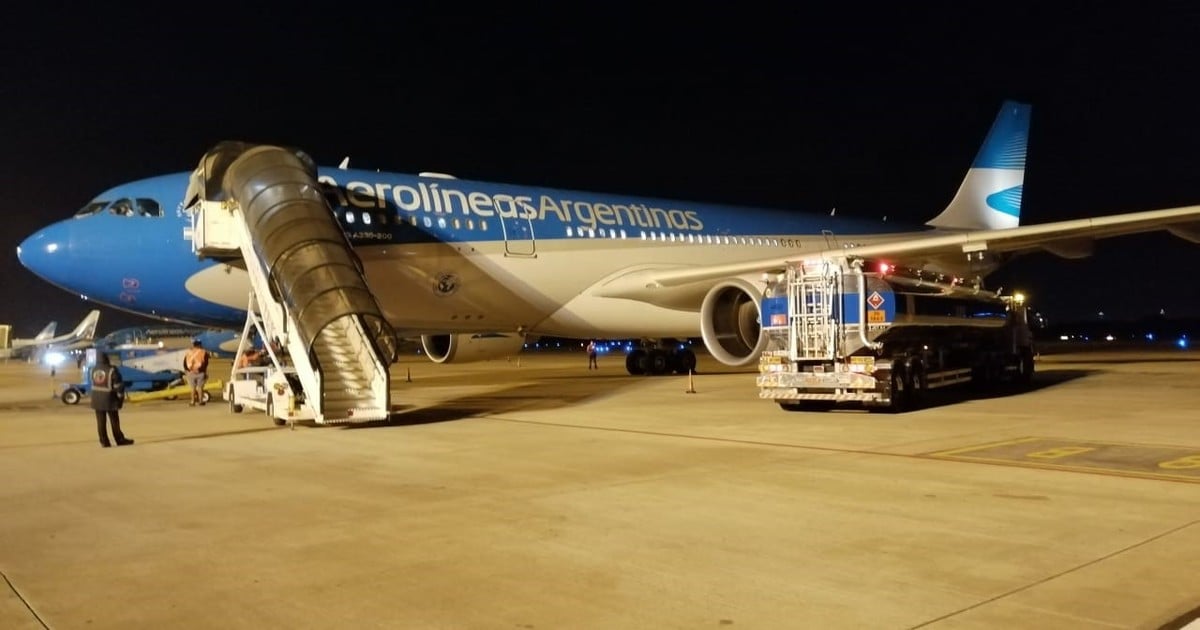 A new Aerolineas Argentinas flight in search of new doses of the Sputnik V coronavirus vaccine left this Saturday for Moscow and is expected to return to the country on Sunday.

Argentina has already 11 flights towards the capital of the Russian Federation and 4,467,745 doses of the vaccine manufactured by the Gamaleya Institute were brought to the country.

As officially reported, the aircraft will stay around 4 hours at the air station of the Russian capital to load almost half a million doses of the Sputnik V vaccine, although the exact number has not yet been confirmed.

According to the schedule, the plane will depart back at 4:30 on Sunday and will arrive in Ezeiza that same day, at 4:00 p.m., under flight number AR1061.

The Sputnik V vaccine travels in special containers called “Thermobox”, which need to be refrigerated using the thermogel system and dry ice to keep the temperature at minus 18 degrees.

Also for Sunday the arrival of another plane is expected, from the Netherlands, with 864 thousand doses of vaccines AstraZeneca that are part of the Global Fund for Access to Vaccines against Covid-19 (Covax), which already sent a consignment of 218 thousand doses to Argentina on March 28.

The vaccines will arrive in the holds of the regular passenger flight KL701, of the Netherlands company, KLM, which will land in Ezeiza at 6.10, from the city of Amsterdam.

The strategic plan for vaccination against coronavirus in the country allowed inoculating 95% of health personnel with one dose and 60% of the complete schedule; 65% of people over 80 years old with the first dose and more than 60% of people between 70 and 79 years old also with the first application.

Until now, Argentina received 7,248,208 doses of vaccines, distributed 97% and also part of the strategic stock to maintain vaccination.

Ukrainian opposition calls charges of treason against Medvedchuk as repressions