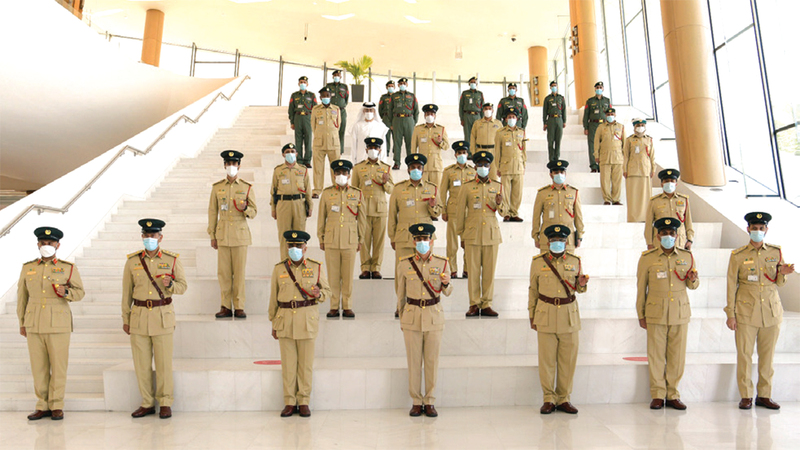 Bur Dubai Police Station achieved 99.73% in the security coverage index in the area of ​​jurisdiction, while the average response time for emergency cases was four minutes and 35 seconds, compared to the target of seven minutes, according to the statistics reviewed by the Commander-in-Chief of Dubai Police, Lieutenant-General Abdullah Khalifa Al Marri, during his inspection of the center. Accompanied by his assistant for criminal investigation affairs, Major General Khalil Ibrahim Al-Mansoori.

Al-Marri praised the center’s efforts during the past year, which included the registration of 14,133 criminal reports, and the decrease in anonymous reports by 39%, as a result of the security programs implemented by the center in the jurisdiction area, and the keenness of the officers on duty to deal quickly with all reports.

He called for increasing traffic awareness campaigns by the center, and intensifying patrols in areas where traffic accidents are frequent within the jurisdiction of the center, which recorded 22 deaths, and implemented a number of successful traffic campaigns, including the campaign of vehicles that cause noise, and resulted in the seizure of 1902 vehicles violating traffic laws. And traffic, as a result of providing them with technologies that increase the speed of their engines and cause disturbance, noise and danger in the center’s jurisdiction.

At the conclusion of the inspection programme, the Commander-in-Chief of Dubai Police honored a number of distinguished elements of the center and external partners, as part of the “Fifty Inspection” initiative, which aims to create a kind of job distinction among employees, in appreciation of every sincere work and outstanding effort to improve the level of performance.