Announcing the formation of a new government in Mali 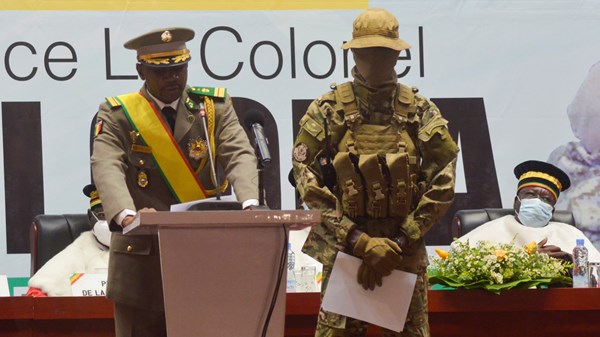 The new transitional president of Mali, Colonel Asimi Gueta, has formed a new government on Friday, presidential secretary Ali Coulibaly announced to public television.
The presidential decree stipulates that Sadio Camara will take over the defense portfolio. It is believed that his removal from the government at the end of May by former transitional president Bah Ndao was one of the reasons that led to the second coup carried out by Guetta in nine months.
Ismahil Waghi, who in turn participated in the August coup, retained the National Reconciliation portfolio.
Among the members of the new government is the prominent politician Ibrahim Ikasa Maiga, who assumed the portfolio of re-establishing the state.
Prime Minister Shugel Kukala Maiga described his government as “open” and “inclusive”.
Ibrahim Ikasa Maiga is a member of the Politburo of the former prominent opposition party Soumaila Cissé, who died in December.
Abdallah Diop, who participated in the government of former President Ibrahim Boubacar Keïta, who was ousted by the military on August 18, returned as Minister of Foreign Affairs.
The new government team consists of 28 members, including 25 ministers and three ministers plenipotentiary.