Annalena Baerbock: who is the environmental leader likely to succeed Angela Merkel in Germany? 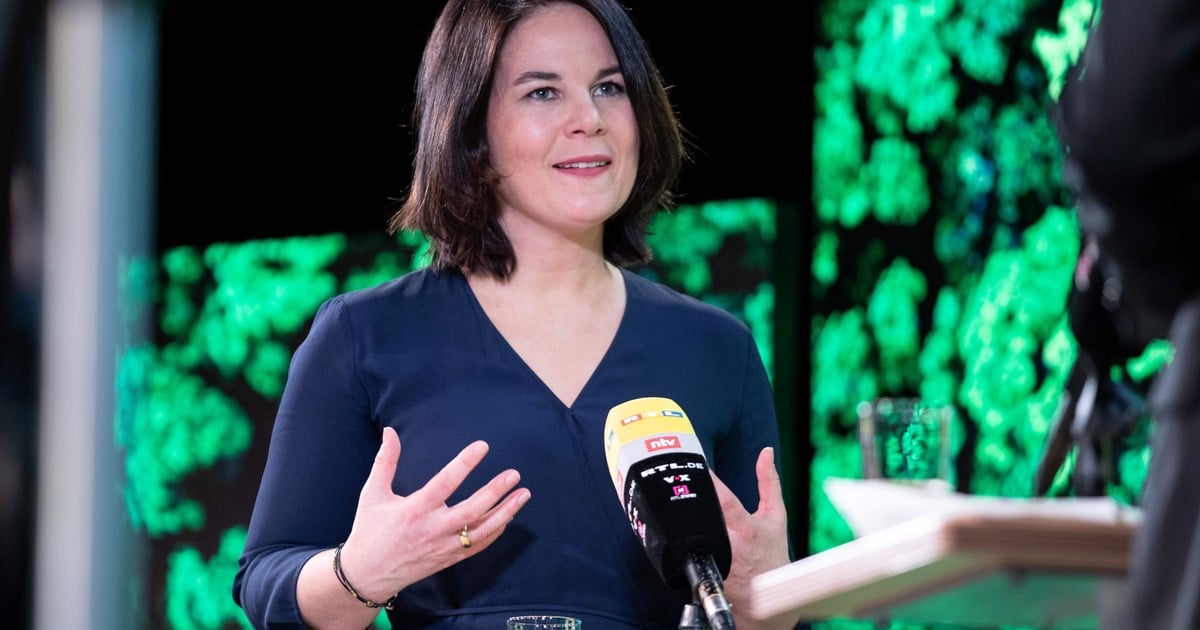 Angela Merkel’s succession could be outside her party, the CDU / CSU. The Germans go to the polls next September and at least since Christmas the polls are showing a continuous rise in environmentalists, a decline in Merkel’s conservatives and a stagnation of Social Democrats. This evolution, if confirmed at the polls, could lead to an electoral result that would allow a left coalition between environmentalists and social democrats or that conservatives swapped social democrats for ecologists as coalition partners.

German environmentalists announced at European noon on Monday that their candidate for the new head of government will be Annalena Baerbock, 40 years old and who until now was part of the bicephaly that led the party with Robert Habeck. With her as a candidate, her party, which went from 11% in the polls to percentages of around 21% or even 23%, could get even closer to Merkel’s CDU / CSU.

Baerbock is seen as part of the realistic wing of the ecologists, far from the positions of the most radical of the party. His candidacy is a bet to deepen the environmental political boom of recent years – and not only in Germany, it also occurs in the Netherlands, Belgium or France – attracting new voters both from the social democratic left and from the conservatives.

Baerbock is seen as part of the realistic wing of environmentalists, far from the positions of the most radical of the party. Photo: AFP

If you believe the polls, which are usually very reliable in Germany, there are three post-electoral scenarios: the first would be a conservative-green coalition with the environmentalists in second position. These would have – it is tradition that the second party of the coalition has it – the Ministry of Finance, the Ministry of Foreign Affairs and a new mega-Ministry that would include energy and climate.

The second scenario would be that the greens will join with the Social Democrats –And if necessary adding the liberals-. In that situation Baerbock would in all probability the head of government but it should hand over to the Social Democrats the finance and diplomacy portfolios, as Merkel is doing now. The third scenario is the least likely, the continuation of the current Conservative-Social Democratic coalition.

Baerbock will turn 41 on December 15. He is just a few months older than his party, founded in 1980 by the union of several small groups that added their causes, such as pacifism, the most classic environmentalism or opposition to nuclear energy. In the 90s they were members of the government in coalition with Gerhard Schröder’s Social Democrats and had control of diplomacy with one of its most important figures in these 40 years, Joschka Fischer.

Annalena Baerbock grew up on an old farm in Schulenburg, near Hannover, one of the main cities in Lower Saxony. Her political education started very young and her father, she said years ago, took her to a demonstration against deployment in Germany from American nuclear missiles.

She studied Political Science and Law in Hamburg and wanted to become a war reporter – something that we never confess but that many journalists wanted to be. In 2005 he completed a master’s degree in International Law at the London School of Economics and that same year he joined the German Green Party when it was leaving the government after Angela Merkel’s victory.

His political career began when he finished at the London School of Economics. She then went to work as a consultant for environmental MEP Elisabeth Schroedter. After three years in Brussels – where practically the entire new European political generation passed – Baerbock moved to Berlin in 2008 and began working as a foreign policy and security adviser for environmentalists.

In 2013 she was elected to the Bundestag for Brandenburg. By then, already married, she had a young daughter and was pregnant with her second child. He moved to Potsdam, the former court of the Prussian kings. As a deputy, she highlighted for the first time attack Angela Merkel’s decision not to close the coal plants.

In 2018, German environmentalists elected Baerbock and his partner Habeck as new leaders (thus respecting the male-female parity in their leadership). Since then, it was most likely that one of them was the electoral candidate. His goal has always been the same: to make his party grow towards the center and to make it, thanks to the growing environmental conviction of German society, the head of any future government.

Merkel herself has done something with Baerbock that she never did with the two men vying for her party leadership. Merkel has repeatedly invited the new environmental candidate to private meetings in the Bundestag. Some media even wonder if Merkel actually sees in Baerbock someone more suitable for her succession than in the more classical and conservative Söder and Laschet, who are risking the candidacy of the CDU / CSU.

The opposition Navalni, transferred to a hospital for prisoners after three weeks on hunger strike