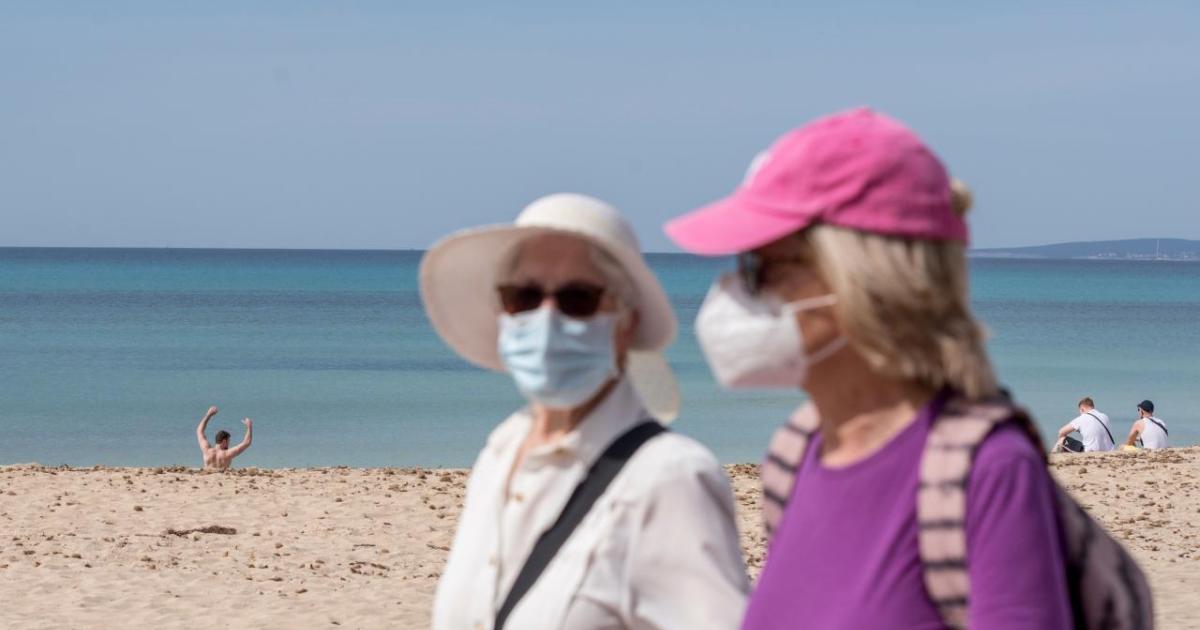 You have to wonder what qualifications are necessary to become a member of the Sage committee, the word sage being laced with delicious irony given how barmy some of its advocates appear to be. The latest proclamation from a member of the Sage committee comes from Professor Susan Michie of University College London, who suggests that the populace continues to wear facemasks and social distances until the end of time.

Now, given her bizarre views, I’d be delighted to learn that Professor Michie intends to wear a face gag forever but to inflict that on the rest of the world, would be unjust. The whole point of the Covid-19 vaccine was surely to allow everyone to resume normal life? If that isn’t the case and the whole vaccination program has been a sham and the vaccine is as effective as as injected Jell-O, what the heck are global governments playing at? Or is it just a ‘get rich quick’ scheme for the pharmaceutical industry?

Either way, party-pooper Professor Michie needs to get back in her box and allow global citizens to decide whether they want to breathe fresh air again, without her ridiculous intervention. I, for one, will not continue to wear a face mask once the world and his dog have been vaccinated. Maybe a little unconventionally, I actually like to breathe air and mingle with other human beings as opposed to breathing in dust, crap and pollution inside my very dirty mask.

I know, I know. We’re all supposed to wash our masks in a pan of boiling water and stick them in a clean bag when we’re out and about. Mine? It lives among the polluted chaos of my rucksack along with about five other captive masks, poor devils. I grapple in my bag, as if it’s a lucky dip and wear whatever appears. Now and then, I remember to hurl the little beasties into a pan of water but honestly, I can’t be bothered any more.

Freedom is almost palpable here in Mallorca so much so that I have almost forgotten that Covid-19 still exists. Of course it does and always will. Mr Covid-19 and his various friends and associates such as Mr Delta and Mr Brazil aren’t going anywhere so we might as well get used to it and move on. With the massive vaccine roll out taking place, the time must soon come where we just accept that this is as good as it’s going to get?

GB News on the march

There’s been much speculation about the forthcoming launch of UK news channel, GB News. Some in woke circles are concerned that it will be politically incorrect and aligned to the right wing US channels such as Fox News. Others think it will be a breath of fresh air, reporting news in a non-biased fashion and with real teeth unlike the wishy-washy, anodyne and safe style we have grown accustomed to in Britain. I have always been a fan of Andrew Neil, the channel’s cheerleader and main anchor. He is hugely astute, highly intelligent and incisive, and doesn’t let slithery eels off his hook easily.

As for his roster of news people, it’s impressive. There’s reliable former ITV news man, Alastair Stewart, Sky News’s loveable and cynical presenter, Simon McCoy, whom I used to work closely with in my twenties, Gloria De Piero, former cabinet member under Jeremy Corbyn and Ed Miliband, and the likes of agitant , Dan Wooton of the Daily Mail.
The new channel will be available on Freeview and will no doubt give the other drab channels a run for their money. Whether it’s a wonder or huge disappointment, it really doesn’t matter. It’s a new boy in the ring and will hopefully up the stakes for all involved in current affairs today.

The other day I was telling a chum in London (via Zoom) how much I enjoyed a new TV show I’d come across on Netflix. When I said it was called Line of duty, she rolled her eyes and laughed hard. Did I live under a rock? Had I not been reading about the latest series which attracted so much polemic. Er, no.

I do flick through the news each day online but I rarely read stories about TV programs as I don’t watch the box. I’m more interested in travel and world news, I suppose. Anyway, I’m jolly glad I’ve discovered it, even if late in the day. It’s a great way to switch off at the end of a busy working week. Best of all is that as I’ve only just discovered it, I have several more series to devour. Sometimes, good things come to those who wait.

In some horror I read about the British twins attacked by a huge crocodile while bathing in Mexico. Incredibly, Georgia Laurie managed to save her sister, Melissa’s life, by punching the creature repeatedly in the head until it relinquished its hold. She was badly injured herself. You don’t mess with crocs and often there’s no way back.

I have seen them up close in many countries and far-flung places and would never want to face a confrontation. I remember, while running a marathon a few years ago in a South African reserve, how twitchy I felt when running past several snoozing crocs by a lake. They often attack in the water but can move surprisingly quickly on dry land. Just as well I was sprinting at the time.

Anna Nicholas’s seventh Mallorca travel title, Peacocks in Paradise, will be available on July 15 at all good UK bookshops & via amazon.

MotoGP | Jarvis (Yamaha): “Rossi has given us confidence” | FormulaPassion.it