Anita Álvarez, the swimmer who fainted in the water: “I felt that everything turned black. I don’t remember anything else.” 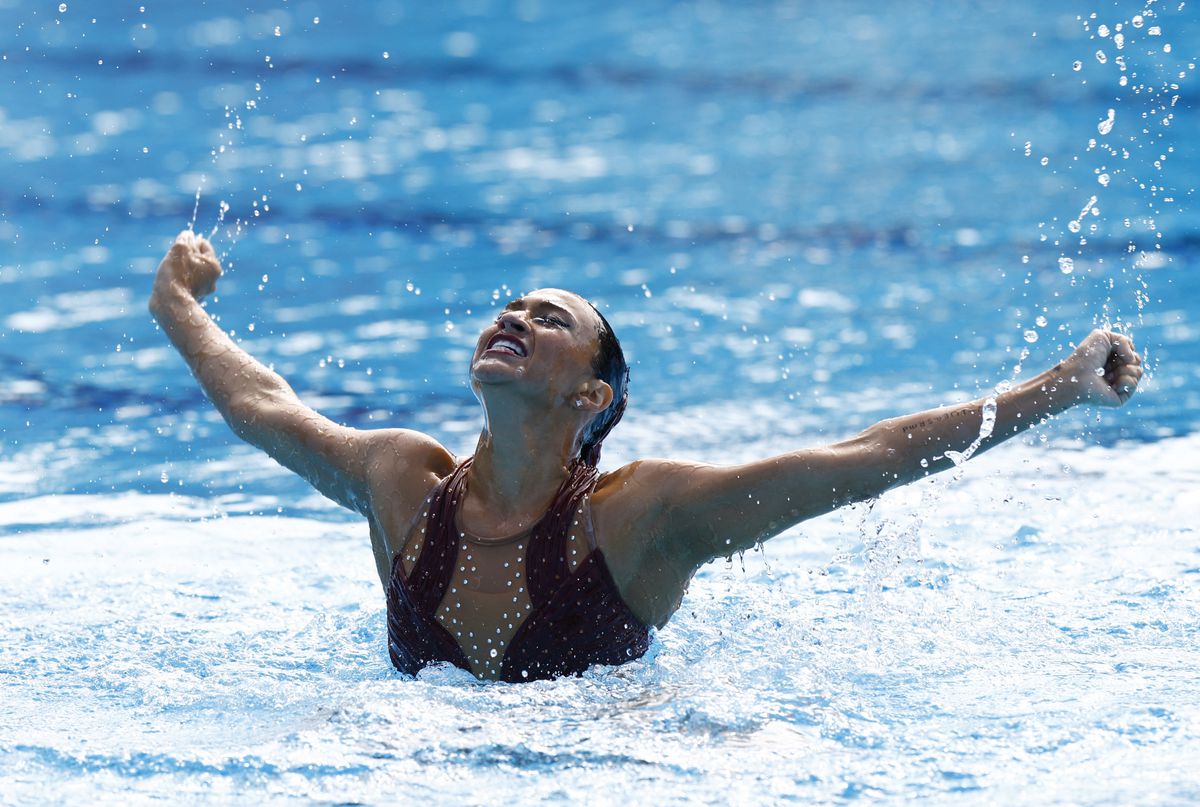 “It’s been a long year,” says Anita Álvarez (New York, 1996), sitting in an armchair in her hotel in Budapest, on the right bank of the Danube, a few hundred meters from the pool where she sank unconscious on Wednesday after conclude her routine in the final of the free solo, in an incident that made her a claim character for good morning america, and other television programs in the United States. “I broke my foot in February, had surgery in March, and came back to compete in May because I was determined to go to these Worlds…” she says. A storm of ingenuity, fear, courage and pride shines in her black eyes.

Ask. How it started?

Response. My mother was a collegiate synchronized swimmer and she was my first coach. I grew up watching her train and I spent the first years of my life imitating everything the grown-ups did in the pool. Over time I began to swim in the program of my club, in Buffalo, a town in the State of New York where everything is very close at hand. In my family there is a great Olympic culture. My maternal grandfather was an ice hockey referee at the Winter Games.

P. Do you think people are aware of the effort that synchronized swimmers make?

R. As in any sport, we push our body to the limit and sometimes we push it a little bit. People don’t realize it because an image of harmony and happiness is scored. We smile with makeup. Those little things hide how tremendously demanding this is. When the training ends we feel like we’re dying. We can’t even move. People do not imagine how frequent these fainting spells are. I have attracted a lot of attention because it has happened to me in a World Cup. But in this sport, swimmers fade every day. This doesn’t just happen to me.

P. Did you realize you were reaching your limit?

R. No. I just felt like I was leaving everything in the pool. In the last figure, where I have to say goodbye by raising an arm I remember thinking: “Push that arm! Don’t give up now! Give it your all until the last second!” In the past I have felt like I was fading. This time I think she was very connected mentally, so into my role, living the moment so intensely, that she was really enjoying my performance. Keep going, keep going, keep going… Sometimes you don’t feel pain until you stop. It’s like athletics. I like to run. Sometimes you are running and the moment you stop is when you feel the blow. In this routine I felt great, as tired as ever but enjoying it. And when I felt that I could finally allow myself to relax was when everything went black. I don’t remember anything else.

P. What did you think when you saw the photos of the rescue of Andrea Fuentes?

R. At first they shocked me. I didn’t expect something like this to be published. But then I took it easy. I didn’t want to see it pessimistically. Now I think the photos are beautiful in some way. Seeing me down there in the water, so peaceful, so silent, and seeing Andrea coming down with her arm outstretched trying to reach me like a superhero… Sometimes the most peaceful place on Earth is underwater: when you sit on the bottom of the pool in silence. You feel that you don’t weigh, you are with yourself. I’m lovin ‘it. Sometimes I need that moment. And in the photos it all seems very natural, although picking up a person from the bottom of a pool and lifting them to the surface is very difficult. Especially when you dive ten feet deep in your street clothes to deadlift. This morning Andrea said that she had lumbago!

P. Do you want to swim again?

See also  Despite the suffering of 3 days inside the well, the child Rayan is alive

R. I rested a lot, all night and all day. My body feels totally normal. This is something that has already happened to me. You rest and the next day you return to the water. You have to do it that way so you don’t load your head with fear. The doctors have checked me out. I feel like my body can handle it and it’s all in my mind. I want to finish this competition, which has been the best in the United States in a long time. I’m very happy with my solo, and now I don’t want to miss my commitment to my team in the free practice final. I want to end with my head held high. I want my colleagues to feel that they can trust me and this makes us stronger.

P. What does he learn from Andrea?

R. As a child we followed her when she swam, and when we found out that she would train us, we were blown away. She has not disappointed us either as a coach or as a person. She doesn’t just want us to be successful as athletes. She wants us to be better human beings.

Shortage of drinking water from the Meuse threatens