Animals The Finnish wolf population grew to record numbers: there were about 30 per cent more wolves in the spring than a year ago 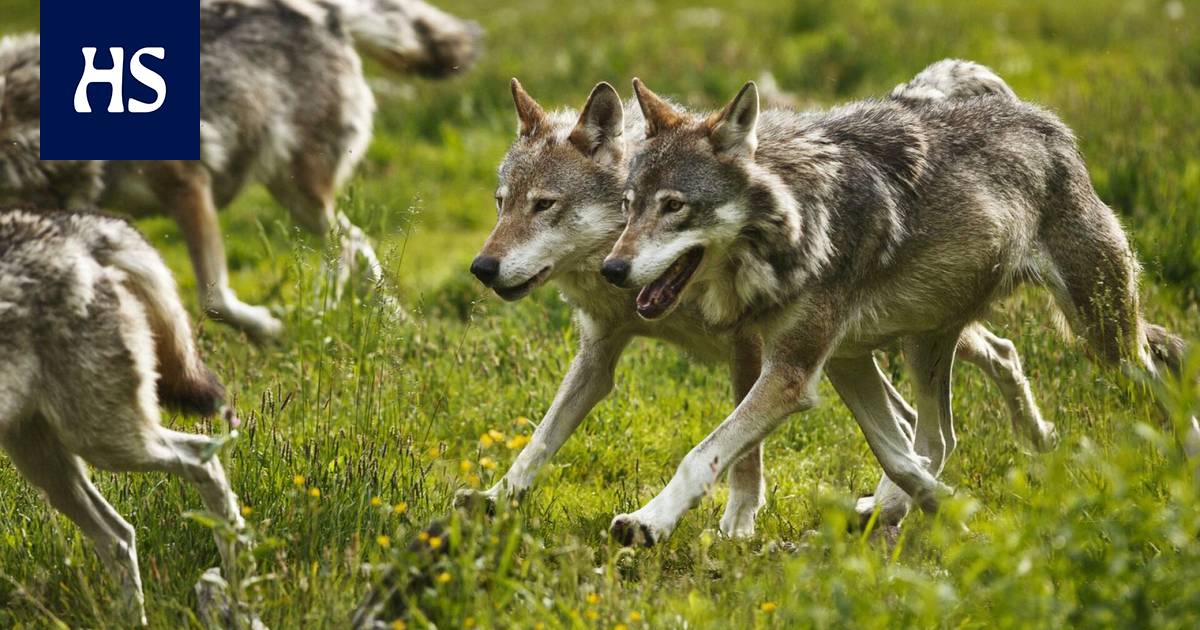 There were an estimated 279–321 wolves in Finland in March. The stock has grown, especially in southwestern Finland. The abundance is due to good puppy yield and a large number of white-tailed deer.

Finland the wolf population is greater than 30 years. Natural Resources Center (Luke) fresh stock assessment According to him, there are now probably 22 wolf pairs and 35 family flocks in Finland.

There were an estimated 279 to 321 wolves in March, about 30 percent more than a year ago.

“The change is quite clear. The wolf population was higher in March than ever before in the period 1990–2021, ”says the research professor Ilpo Kojola Lukesta.

“The number of family herds was about 16 percent and the number of couples about 23 percent higher than in the spring of 2020. The majority of the new territories were born in western Finland.”

Southwest Finland in particular is an area with a strong wolf population. The abundance is due to a good puppy yield and a large amount of food, such as white-tailed deer.

Kojola reminds that the material behind the stock assessment is also larger than ever before. The accuracy of the value has been improved by a wider DNA sampling.

Wolf pennants was approximately 54–59 in Finland in March, probably 57, including border areas and reindeer herding areas.

Compared to March 2020, there was no significant change in the distribution of territories between Western Finland, Eastern Finland and the reindeer husbandry area.

In March 2021, about 57 percent of the territories were located in western Finland.

In the western Finnish stock management area, the areas of the strongest wolf populations are Southwest Finland and Southern Satakunta, as well as Southern and Northern Ostrobothnia. In these areas, the majority of the territories were inhabited by a family flock.

In eastern Finland, the wolf population was concentrated in the eastern parts of Kainuu and North Karelia, as well as in the northern parts of North Savo.

Stock estimate concerns March, when the new puppies had not yet been born.

Luke also makes a forecast of the development of the wolf population. According to the latest forecast, there will be a total of 337–452 wolves in Finland in November.

This year’s stock assessment is based on more extensive data than in previous years.

In the winter of 2020-2021, the DNA sample collection expanded to cover up to 90 percent of potential girths. According to Luke, a total of 1,499 DNA samples were analyzed, compared to 817 in the previous year’s stock estimate.

Also read: A herd of wolves or always the traces of the same wolf? Fecal areas are now collecting feces that reveal the DNA of each wolf

DNA samples have been analyzed using the microsatellite method at the University of Turku. According to Luke, no indications of dog wolves were found in the analyzes of the seasonal samples.

The number of pair and herd observations recorded in the Tassu information system also increased considerably from the previous year.

The aim of the management plan, updated in November 2019, is to promote the tolerance of wolves and thus their acceptability, and to maintain the smallest viable wolf population.

It refers to at least 25 breeding pairs with offspring younger than a year. The long-term goal is a favorable level of protection for the wolf population.

Read more: The wolf received a new care plan: Aiming to promote tolerance of the dreaded and admired animal

The management plan seeks to reconcile the needs of the wolf with wolf protection and the needs of citizens with wolves. The plan also responds to Finland’s international obligations.

First the management plan was adopted in 2005 in response to the European Commission’s monitoring procedure. The wolf population started to grow and reached its peak in 2007, when there were an estimated 270-300 wolves.

Then the wolf population began to decline. According to Luke, it was at its lowest in 2013, when there were 120–135 wolves. Illegal killing has been identified as the main reason for the decline.

Finland is preparing to start wolf stock hunting. The Ministry of Agriculture and Forestry will publish a report on the matter next week.